Paris Saint-Germain boss Christophe Galtier has explained why he left Neymar on the bench in the club’s 3-0 victory over Nantes on Saturday night.

The Brazilian has been in superb form this season but was left out of Galtier’s starting line up for the Ligue 1 clash.

PSG ran riot on Nantes, winning 3-0 at La Beaujoire with Kylian Mbappe scoring twice and Nuno Mendes netting another to keep the champions top of the table due to their superior goal difference. 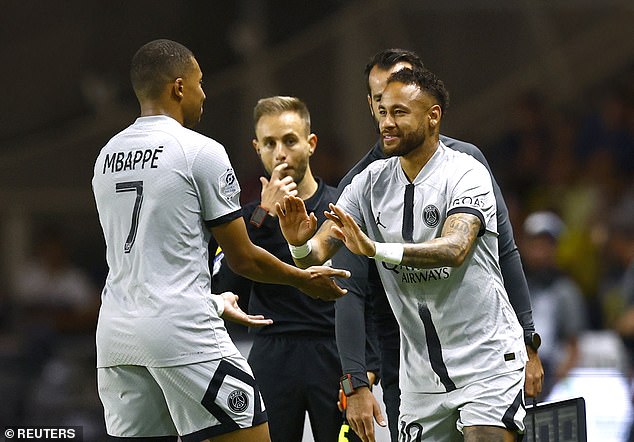 Neymar was introduced for the final 27 minutes of the game, replacing Mbappe and nearly got himself on the scoresheet in the games closing moments.

‘We play a lot, every three days then every four days. Everyone understands that they will not be able to play all the 95-minute matches,’ Galtier told French broadcaster Canal +.

‘I spoke about it twice. The first time with each player, the second with the whole group, to tell them that it was okay to be like that and that you had to have the right attitude.’ 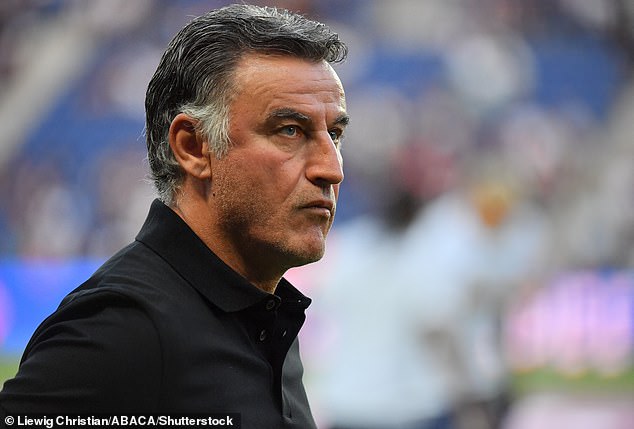 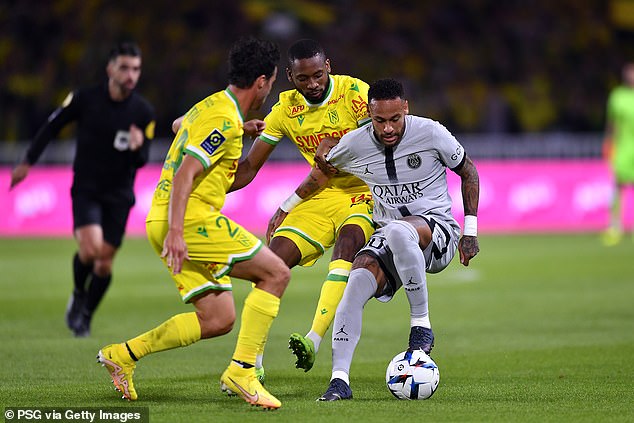 Galtier took the reins at the Parc des Princes this summer and despite his relative inexperience in managing star-studded players, the 56-year old has not shied away from big decisions, having substituted his attacking trio of Lionel Messi, Mbappe and Neymar.

The former Lille manager has already had to keep ego’s in check and called a clear the air meeting last month after Neymar and Mbappe’s falling out over penalty taking duties.

Galtier and the club’s football advisor Luis Campos, sat the pair down to quickly put an end to the tension in a bid to implement a change of attitude at the club.

The relationship between the star duo has soured in recent months with the penalty gate drama against Montpellier coming as their first public spat. 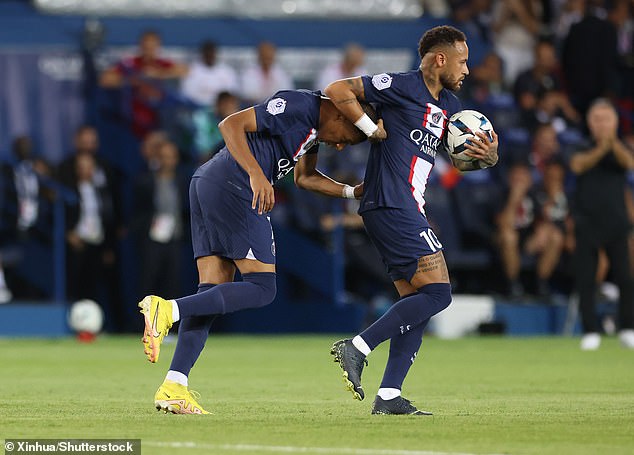 Mbappe was unhappy that Neymar had taken a penalty against Montpellier following an agreement that the Frenchman would become the club’s number one penalty taker this season.

The Brazilian later ‘liked’ a series of tweets from a Twitter account lambasting the club’s decision to give penalty kicks to Mbappe, who has an inferior record to Neymar from the spot.

PSG face Juventus on Tuesday evening in the Champions League, followed by a busy schedule that will see the capital club play every three days up until the international break at the end of the month and Galtier was keen to point out after the match it was a question of rotation due to the team’s busy schedule.

The reigning Ligue 1 champions have made a blistering start to the season with five wins for their six games played. The only blemish was a 1-1 draw at home to Monaco last weekend but club chiefs will be delighted with the start to the season after a drab 18-months under Mauricio Pochettino.

PSG have scored 24 goals from their opening six games equalling the record [Manchester City in 2019-20 and Bayern Munich in 2020-21] for goals scored at this stage of a season in the 21st century by a team in Europe’s top five leagues.