Liverpool have been handed a boost in pursuit of their maiden Premier League title as contingency plans have been put in place to deal with a worst-case scenario coronavirus outbreak.

There have been 40 confirmed coronavirus cases in the UK and president Boris Johnson yesterday issued a worrying warning.

He said: “The most important thing now is that we prepare against a possible very significant expansion of coronavirus in the UK population.”

It was thought a serious outbreak in England would cancel all of the remaining football fixtures and this season would be annulled.

Liverpool are 22 points clear at the top of the table and only a catastrophic collapse would see them squander that lead.

The Premier League, FA and English Football League will suspended all matches if the government imposes a blanket ban on mass gathering for less than two weeks. 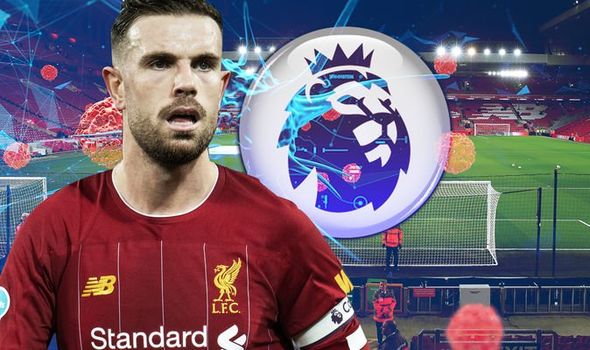 Switzerland and France have already imposed strict restrictions in a desperate bid to stop the disease spreading.

However, if the UK banned major events for a month or longer then football matches will be played behind closed doors.

That means Liverpool’s fixtures will be completed and they can rightfully be crowned champions.

But that would be a bitter-sweat finish for supporters, who will not get to watch their captain Jordan Henderson lift the long-awaited trophy at Anfield.

It could also throw a major doubt on an open-top bus parade, which would likely attract at least 100,000 fans on Merseyside.

If the remaining Premier League clashes are played behind closed doors then it is possible they will be screened on TV.

Meanwhile, seven Euro 2020 matches are due to take place at Wembley Stadium this summer.

And UEFA are comfortable leaving the decision regarding the matches up to the relevant governments. 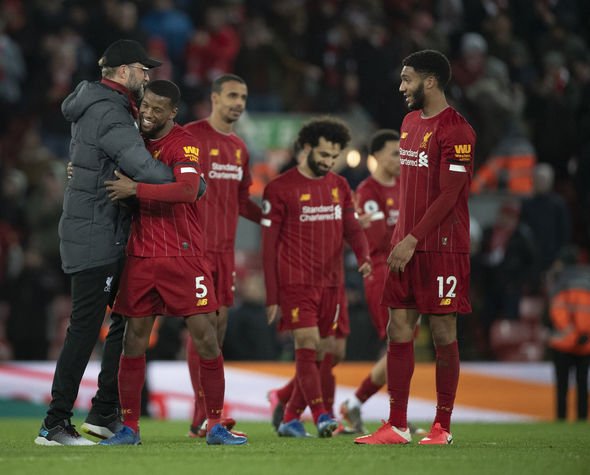 “The focus [of the meeting] was obviously not on coronavirus. Right now, the situation with the Euros is stable. I think we need to assess the situation as it develops.”

There is concern over England’s scheduled friendly with Italy, who are one of the countries affected by coronavirus, on March 27.

Their top domestic league, Serie A, has called off a host of matches in recent weeks.

A number of other sporting events have also been cancelled by the disease, including Ireland’s Six Nations showdown with Italy.

The F1 Chinese Grand Prix has been taken off the calendar and there are serious concerns for the Tokyo Olympic Games.