Manchester City won their eighth domestic trophy from the last nine available to continue their dominance of English football. But after their hard-fought 2-1 win against Aston Villa, Pep Guardiola warned champions-elect Liverpool not to underestimate the difficulty in continuing to add to the silverware.

“It’s remarkable, from the last nine titles to win eight,” he said on the back of his recent Premier League, FA Cup and Community Shield successes. “It would be so difficult for anyone to do it again.

“Not just for us but for our opponents, too. When you have a team that’s incredible in the Premier League, so many champions drop after winning the league.”

Guardiola’s third successive Carabao Cup win is also his eighth trophy win at Wembley – prompting the suggestion he should get a tattoo of the stadium.

“I love the old Wembley and the new Wembley – you can invite me whenever you want,” he said. “But a tattoo? My body doesn’t accept tattoos, I’m not strong enough.” 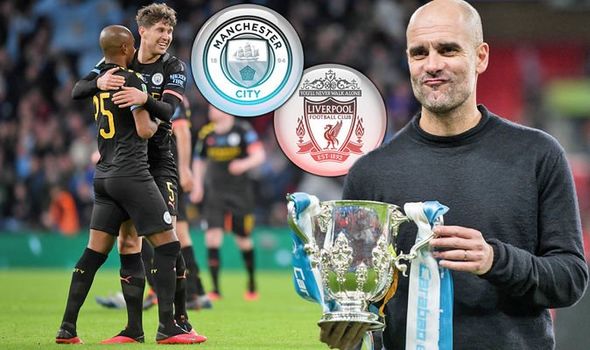 Raheem Sterling warned that this was only the start of City’s trophy hunt this season after the club fell short in the Premier League.

“It’s always a pleasure coming to Wembley and even better to win here,” he said. “You can never get enough of it.

“The league was difficult this year but we’ve won one title so far but we’re still in the running for two more.

“We’re fully focused and ready to do the business. We know as a team, if we’re not in the running for one there’s always a couple more.

“It’s so hard to do that for three years on the bounce and that’s what we’ve done, so we’ll just keep doing it, keep trying to win trophies.” 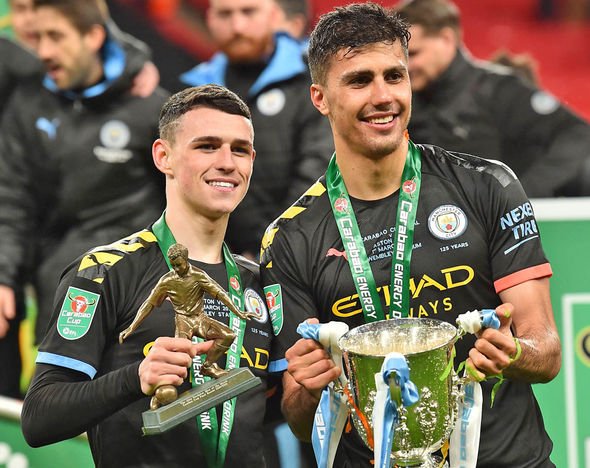 Official man-of-the-match Phil Foden was described as “clinical” by manager Guardiola and revealed he had been chomping at the bit for 24 hours to take part in the showpiece.

“I found out I was playing the day before, in training,” he said. “The manager was working on tactics – I couldn’t wait to play. It was an unbelievable day.

“When I play, every minute counts, so I try and do my best and I’m very proud of my performance today.

“You look at players like Kevin de Bruyne and David Silva, who are great, so when I get into the team I have to make the most of it.”

Midfielder Rodri was the other stand-out player for City as they held on after a horrendous John Stones blunder just before half-time. 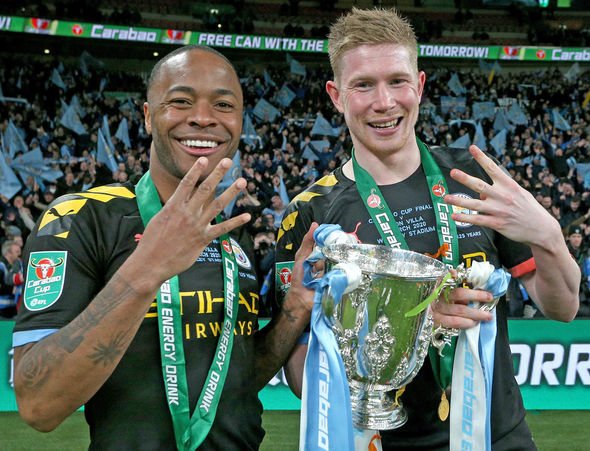 “I think they scored because of our mistake,” he said. “At the end, we suffered a little bit but I think we have enough chances to score more goals, but we are happy for the team. It’s the second title for us after the Community Shield so we are very happy.

“We know they are a really tough team because they are really tall and strong, so we knew we could never give up. But I am happy for the team because it’s tough being here.”

Villa boss Dean Smith called his players into a huddle after the final whistle but he does not believe they will need much picking up for the remainder of their Premier League relegation battle.

“They’ll wake up tomorrow and have an awful lot of pride,” he said. “Our concentration goes to the Premier League but we’ll take heart from this performance. If we play like this we’ll get out of the relegation places.”