Olivier Giroud admits he did 'everything' he could to leave Chelsea

‘I saw myself elsewhere’: Olivier Giroud admits he did ‘everything’ he could to leave Chelsea in January… and now he’s first-choice and scoring!

Olivier Giroud has revealed he tried to force through a move away from Chelsea in January after struggling to break into Frank Lampard’s plans at Stamford Bridge.

The French striker was third-choice up front for the first half of the season behind Tammy Abraham and Michy Batshuayi.

Yet an opportunity presented itself to the 33-year-old and he has taken his chance. He scored in the Blues’ 4-0 win against Everton on Sunday, yet the former Arsenal man revealed he did try everything to leave the club just two months ago. 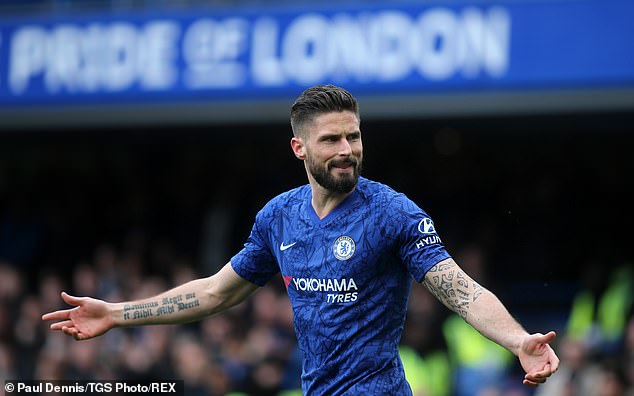 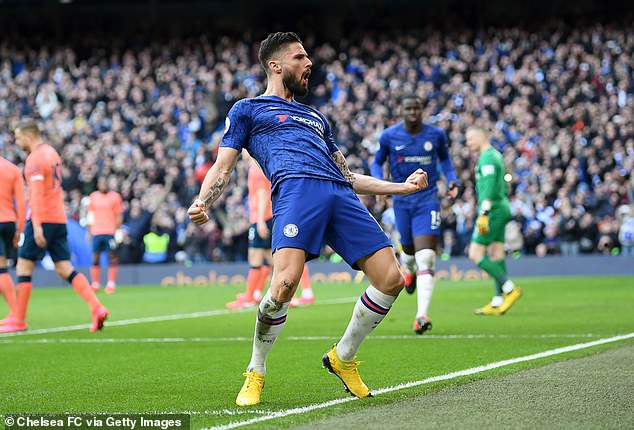 Statistics in all competitions according to Transfermarkt

‘Even I saw myself elsewhere to be honest. I went through six complicated months,’ Giroud told French outlet Telefoot.

‘That’s why I tried to leave in January. I did everything [to leave]. In the end, with the circumstances, Chelsea did not want to let me go. The crucial condition for my departure was to have a replacement.

‘The most interesting club for me was Inter. The problem is that it dragged on. In the end, and even if Lazio were there towards the end and Tottenham too, it was no longer a question of where I was going to leave but could I leave. There was nothing to do. I was stuck.

‘I knew that anyway I shouldn’t start going on strike or wreak havoc in the locker room.’

Despite admitting that his situation was far from ideal, Giroud has been rewarded for his patience. 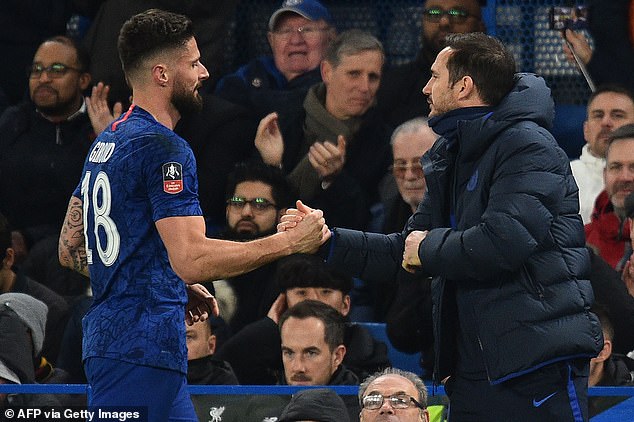 He was brought into the team for the home game against Tottenham on February 22 and scored in a 2-1 victory – he has kept his starting spot since.

‘First of all, because it is not me and also because I knew there was a good chance that I would stay at Chelsea. That’s why I stayed flawless and professional until the end,’ Giroud said.

‘There were two reactions: either I mope around myself or I fight for my place. That’s what I did. And the coach who promised me more opportunities to play kept his word and I took my chance.’