Norwich sought guidance from the Premier League ahead of facing Aston Villa because of ‘a few Covid-related drop outs,’ reveals boss Dean Smith – but he says the Canaries will ‘keep battling through’

Norwich boss Dean Smith revealed his club asked the Premier League for ‘guidance’ ahead of Tuesday’s clash with Aston Villa after ‘a few Covid-related drop outs.’

The Canaries made four changes to their starting XI for the match, with Grant Hanley, Lukas Rupp, Dimitris Giannoulis and Josh Sargeant left out of the starting XI from last Saturday’s 1-0 home defeat by Manchester United.

Giannoulis was named among the substitutes while Hanley has shoulder ligament damage, meaning he was left out of the squad along with Rupp and Sargeant. 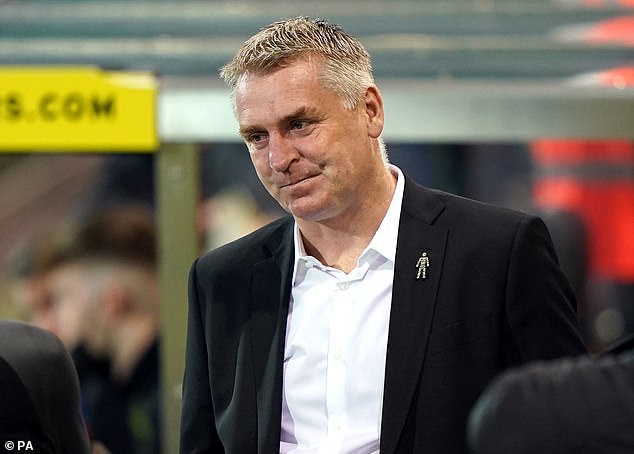 ‘It’s been a tough few days,’ said Smith before the game. ‘We’ve had a few COVID-related drop outs and had to name the team quite late.

‘We asked for a bit of Premier League guidance, but we’ll keep battling through and do what we can to maintain our high standards.’ It was unclear whether Norwich had specifically asked for a postponement.

With the arrival of the Omicron variant, the Premier League has restored emergency measures at the 20 clubs, imposing stricter limits on the behaviour of players and staff at training grounds and on match days.

Villa boss Steven Gerrard confirmed ‘a couple’ of Covid-19 cases at his club, while the match between Brentford and Manchester United – scheduled for Tuesday – was postponed due to an outbreak at United.

Tottenham’s match at Brighton, due last Sunday, was also rearranged following a significant outbreak at Spurs. 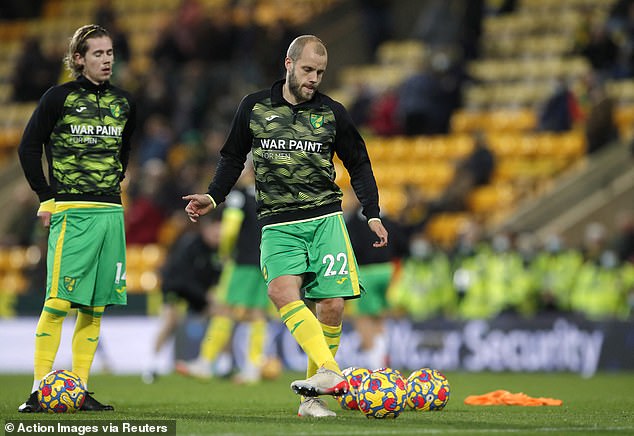 Smith’s squad, which includes Teemu Pukki (centre), was named late due to the withdrawals