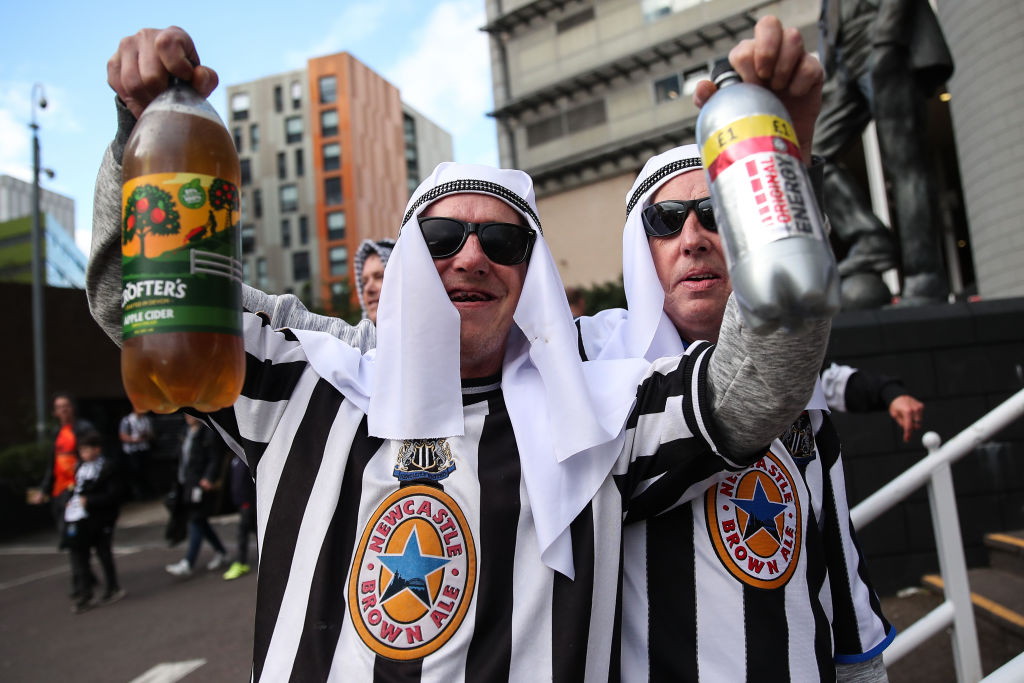 But Newcastle have now told fans that continuing to wear Arabic clothing and Middle East-inspired head coverings is ‘culturally inappropriate and risks causing offence to others’.

‘Newcastle United is kindly asking supporters to refrain from wearing traditional Arabic clothing or Middle East-inspired head coverings at matches if they would not ordinarily wear such attire,’ read a statement from Newcastle.

‘No-one among the new ownership group was in any way offended by the attire of the fans who chose to celebrate in this way. It was a gesture that was acknowledged as positive and welcoming in its intent.

‘However, there remains the possibility that dressing this way is culturally inappropriate and risks causing offence to others.

‘All visitors to the club are, as always, encouraged to wear whatever is the norm for their own culture or religion, continuing to reflect the broad and rich multicultural communities and groups from which the club proudly draws its support.’

Earlier on Wednesday, Newcastle also announced the departure of Steve Bruce as manager ‘by mutual consent’.

Following his exit, Bruce said: ‘I am grateful to everyone connected with Newcastle United for the opportunity to manage this unique football club.

‘I would like to thank my coaching team, the players and the support staff in particular for all their hard work. There have been highs and lows, but they have given everything even in difficult moments and should be proud of their efforts.

‘This is a club with incredible support, and I hope the new owners can take it forward to where we all want it to be. I wish everyone the very best of luck for the rest of this season and beyond.’