Gary Neville has taken aim at Avram Glazer after the Manchester United co-owner travelled to Dubai to discuss cricket with the country’s Sport Council chairman.

The Glazers have been deeply unpopular figures at United for a number of years, with ex-players and supporters regularly accusing them of putting their financial interests ahead of the club’s.

The US tycoons’ brief involvement in last year’s European Super League fiasco only intensified calls for them to leave, but following mass protests both inside and outside Old Trafford Joel Glazer pledged to visit Manchester more frequently hold annual meetings with fans.

Both Joel and brother Avram are yet to conduct one of those meetings, nevertheless, which has come as a source of frustration for Neville.

And after spotting a photo on social media of Avram meeting with Sheikh Mansoor bin Mohammed, the chairman of the Dubai Sport Council, on a week which saw them crash out of the Champions League, the club legend has hit out at their owners once more.

Sheikh Mansoor first tweeted a picture of them sat round a table together and wrote: ‘I met with Avram Glazer, Co-Chairman of Manchester United, today and discussed ways to work together to further raise Dubai’s profile as a global sporting hub. We also discussed the UAE T20 Cricket league’s launch in Jan 2023 featuring Manchester United cricket team & other teams’. 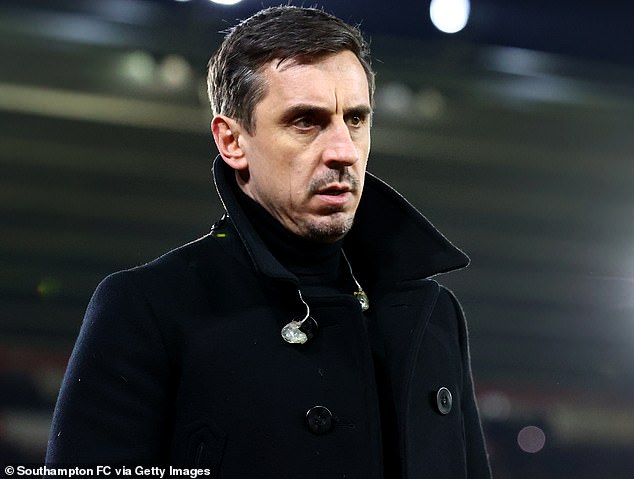 Neville then quoted tweeted the picture and wrote: ‘He must have stopped off on his way to Manchester for those fans meetings they promised post ESL!!

‘United go out of the Champions League and he heads to Dubai to discuss Cricket’.

Neville’s dig at Avram comes a few days after he called on Joel to follow through with his promise to hold meetings with United fans.

Following their Champions League defeat against Atletico Madrid, the former Red Devils defender said on his Sky Sports podcast:  ‘The reality of it is something big is missing, and it comes from the top. 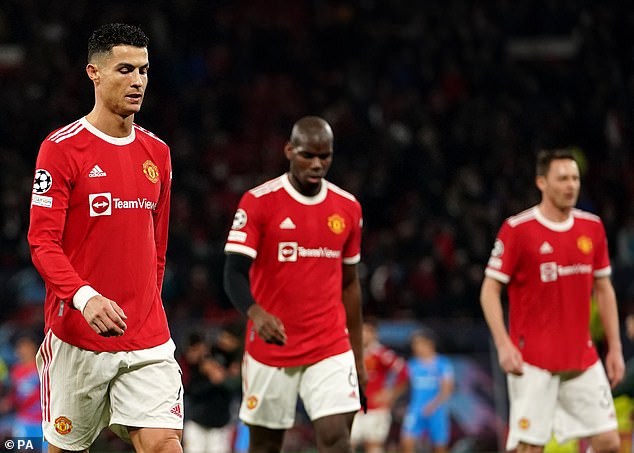 ‘We heard Joel Glazer say some time ago he was going to engage with the fans. Flights are open Joel, you can get to Manchester.

‘Let’s see you over here, let’s see you talk to the fans properly. Explain that vision, you’ve got a new CEO in place, but you can’t just leave it to the new CEO. You’ve got to come over.

‘He’s not done. Not that I know of anyway, unless he’s slipped in without me knowing, and not many people slip into Manchester without me knowing! They sent Tom Brady over, which was nice on Saturday, but it’d be nice if they sent themselves over.’ 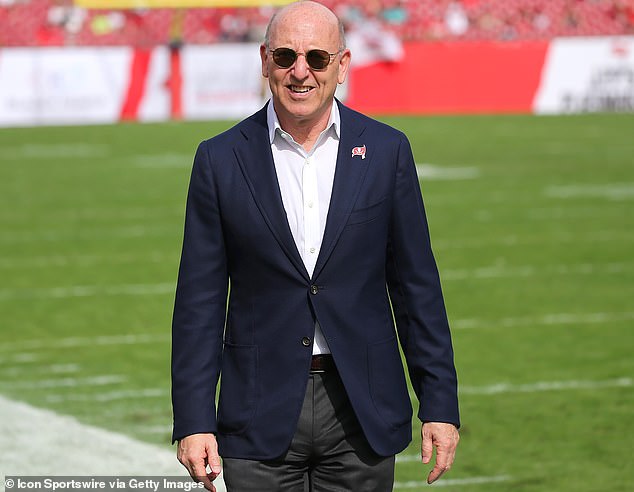