Bayern Munich goalkeeper Manuel Neuer has made a tongue-in-cheek dig at Usain Bolt’s short lived football career when comparing him to Alphonso Davies.

Davies’ express pace was on display for Bayern as they comfortably beat Chelsea 3-0 at Stamford Bridge in the first leg of their Champions League last 16 tie.

Deployed at left-back instead of his favoured position on the wing, the Canadian assisted Robert Lewandowski’s goal and was widely praised after the victory.

Speaking in his post-match interview, Neuer was asked if he had ever seen a player run as quickly as Davies and the 33-year-old jokingly compared him to Bolt.

“There was a player in Australia, but he wasn't very good with the ball,” Neuer joked, referencing the eight time Olympic gold medallist sprinter’s short lived stint as a striker for Australian club Central Coast Mariners.

“Alphonso played very well today,” Neuer continued. “Defensively, I yelled at him once. You can't give him too much credit because we want him to keep playing the way he did.” 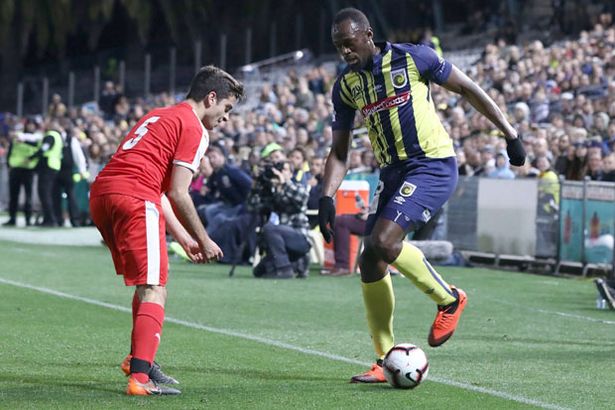 “The lad is blessed with a rapid sprint, the sort we've not had at Bayern for a long time,” Muller said.

“The applause from the fans at full time was fully deserved. He's learnt a lot tactically since he's been here. It was a world-class performance.”

BT Sport pundit Owen Hargreaves was also complimentary, saying: “What an athlete he is by the way, 19 years old.

“He’s a winger, he’s played as a full-back this season and he’s been absolutely outrageous. The pace of him and Gnabry down that left-hand side, they were scary.

“I think it was just a step too far for Chelsea. This is a very, very good Bayern team."