Mourinho jokes about doing his first interview for 40 days

Jose Mourinho insists he’s ‘missed the press’ as he jokes about doing his first interview for a record 40 days in tongue-in-cheek Instagram post… and claims Roma discussion was boring!

Jose Mourinho’s interactions with the press have become the stuff of legend over his long, storied managerial career.

Always armed with a self-indulgent compliment – like calling himself the ‘special one’ when joining Chelsea in 2004 – or a sharp barb for a rival – such as branding Arsene Wenger a ‘specialist in failure’ –  Mourinho has provided the media with many memorable comments.

But it seems the Roma manager has enjoyed his time away from the microphone after he published another trademark cheeky Instagram post poking fun at his relationship with the media. 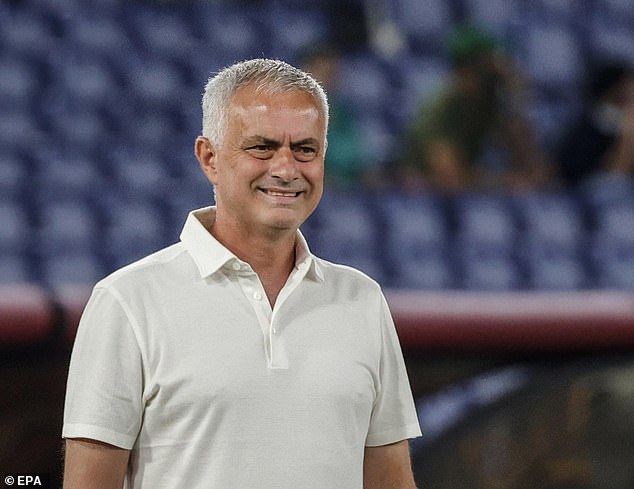 ‘I am smiling because I had a record of 40 days without interwiews (sic),’ Mourinho’s post on Monday read.

He then fires off his first jab about the media by claiming his break from the back pages was an ‘amazing time where I only focused on work and forgot my friends from the press.’

Mourinho then makes a nod to his previous media outbursts by stating that his interview, which is with Roma themselves, contains ‘nothing interesting really to be honest’ following by a crying-laughing emoji. 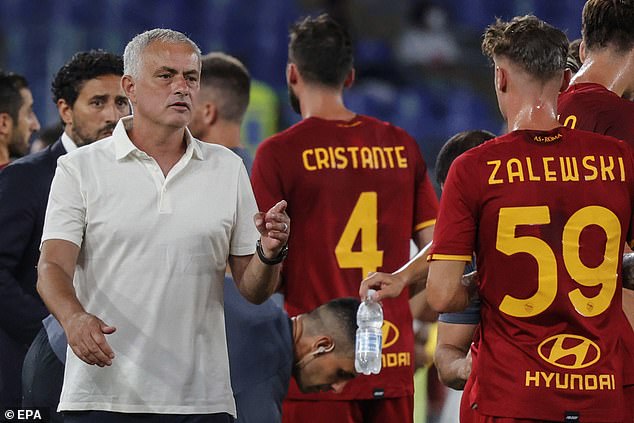 ‘Love the press, missed them a lot,’ the 58-year-old signs off, tongue firmly in cheek.

For a man who once told Rafael Benitez’s wife to ‘take care of her husband’s diet’, and who claimed that God ‘must think I’m a great guy’, it’s fair to assume that Mourinho’s latest interview will likely contain something of interest.

However, with Roma hosting Fiorentina on Sunday in Serie A’s opening weekend, it is also fair to assume that Mourinho’s playful mood with the media may not extend to his first post-match interview of the season should he preside over a home defeat.