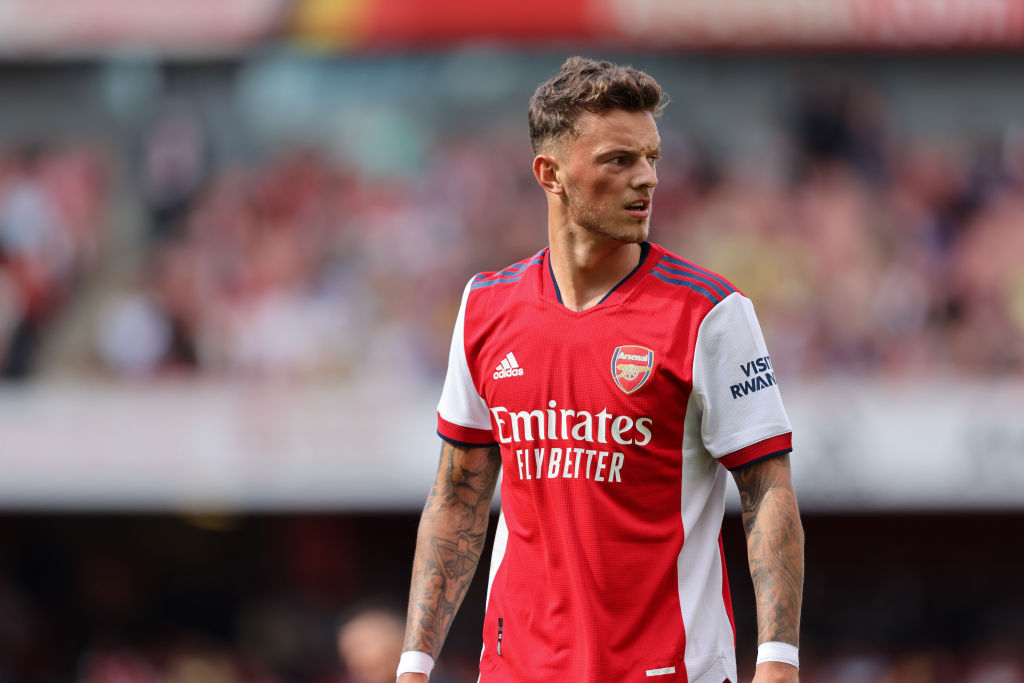 Mikel Arteta could turn to Ben White to help solve his selection problem in Arsenal’s midfield.

Arsenal’s options in the middle of the park have been hit hard in January with Thomas Partey and Mohamed Elneny away on international duty at the Africa Cup of Nations.

Granit Xhaka meanwhile is currently out after testing positive for Covid. With Ainsley Maitland-Niles leaving the club to join Roma on loan last week, it leaves summer signing Albert Sambi Lokonga as Arteta’s only senior midfield option for the Carabao Cup first leg clash with Liverpool on Thursday.

£50m signing White however could be a temporary solution, having filled a role in midfield on a number of occasions with former side Brighton.

Asked if White was an option, Arteta said: ‘It’s an option that we have. He has played there before.

‘That’s one of the positive things with Ben, that he has the capacity to play in different roles.’

Smith Rowe missed Arsenal’s FA Cup defeat to Championship side Nottingham Forest at the weekend due to a groin issue and it is claimed he has not recovered in time to face Liverpool.

Odegaard, meanwhile, was unable to report to training at London Colney on Thursday and was left behind as his teammates travelled to Anfield.

Arsenal could also be without Takehiro Tomiyasu due to his calf problem.