Lionel Messi’s match-worn PSG shirt against Angers – which he donned in his first appearance after World Cup glory with Argentina – ‘sells for HUGE £38,400 at an auction’

The first football shirt that Lionel Messi played in after his World Cup glory with Argentina has reportedly sold for £38,400.

Messi guided his country to their third World Cup title, scoring twice in the final against France in Qatar.

The 35-year-old then returned to Argentina where the team celebrated their triumph with the fans, before he returned to PSG for the resumption of Ligue 1. 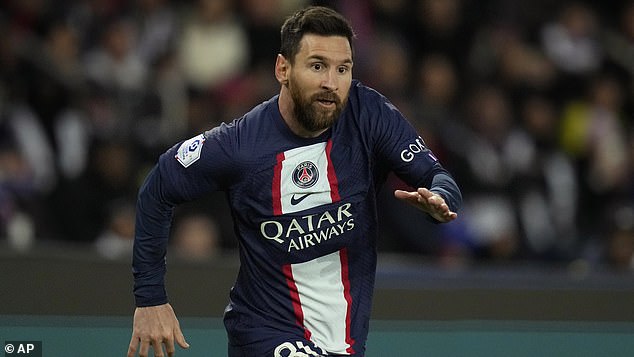 The first football shirt that Lionel Messi played in after his World Cup triumph has reportedly sold for £38,400 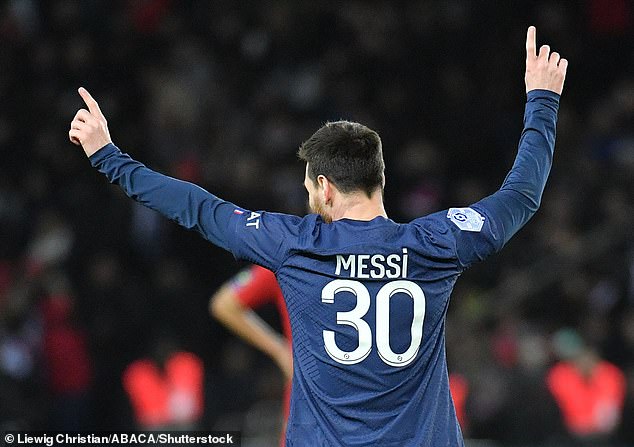 The Argentina captain scored on his return to club football, netting in a 2-0 victory against Angers

Messi’s first game back for PSG was against Angers on January 11 – and the Argentine was straight back into the thick of it, scoring in a 2-0 victory.

The No 30 PSG kit was reportedly purchased by a Chinese bidder who started their offer at around £19,400 (€22,000) – and needed seven attempts to successfully take ownership of it. 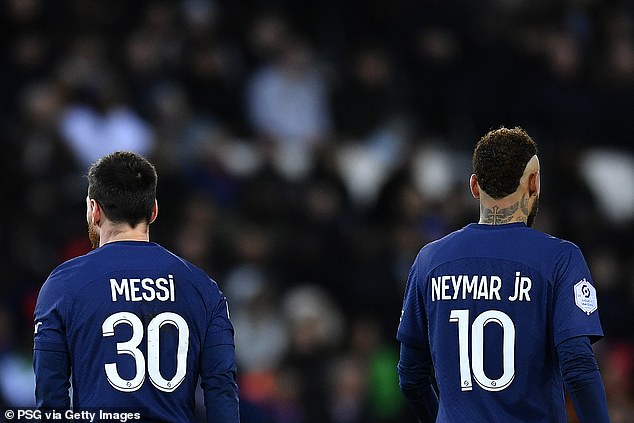 There were 17 other match-worn shirts worn by the PSG stars during the same game that were sold at the auction.

Other PSG kits worn by the likes of Neymar and Mbappe during Ligue 1 clashes with Lens and Strasbourg were also sold at the auction, but fetched considerably less.

PSG have been auctioning off shirts since the end of November, informing the bidders of whether they were worn, signed and where the money will go.