Manchester City midfielder Kevin De Bruyne admits his body is still recovering from being ‘kicked in the face, kicked in the ankle’ and then testing positive for Covid

De Bruyne has been eased back into action by Pep Guardiola after missing three matches while self-isolating.

The midfielder played his first full 90 minutes during Tuesday’s destruction of Leeds United – scoring twice – but admitted he has not yet returned to peak fitness. 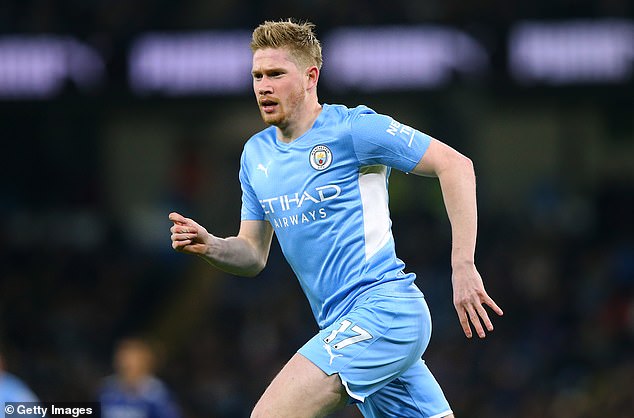 ‘I feel sometimes that my body is still adapting because sometimes I do two or three sprints and feel it, having had Covid,’ De Bruyne said.

‘I came back and trained as hard as I can. There is nothing I can do about it, this year I’ve been kicked in the face, kicked in my ankle and I had Covid.

‘I was pretty sick for four days. I had a temperature, especially in the evenings, and lost my smell and taste. After five days it was getting better but I needed more time for the taste and the smell [to return].’

De Bruyne shut himself away from his wife, Michele, and children during self-isolation and found it psychologically tough. 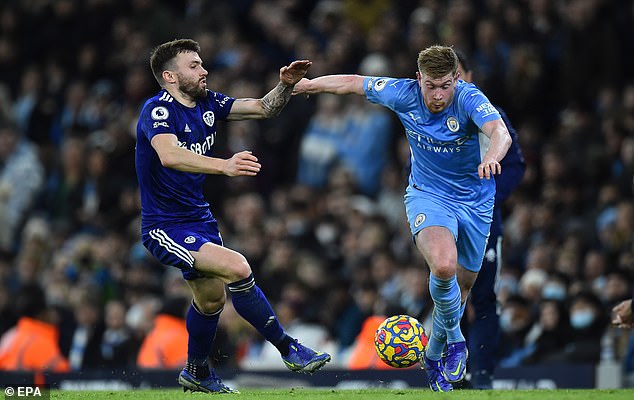 The Belgium international added: ‘I know how I got it. Somebody in the car in the national team gave it to me. When I knew the guy was positive I did a test, I was negative for the Wales game [on November 16].

‘The day after I said to the missus, “let’s just do a test in the evening and see how it is,” and I was positive. I directly stepped to the side.

‘I was climbing the walls. I can’t sit still anyway. I got away from my family as I didn’t think we all had it and I didn’t want to give it to them. It was pretty hard to see them through a glass door.

‘There was Netflix, gaming and sometimes I would chill with the kids with a door in between us. I already saw Squid Game so I watched a lot of rubbish..’