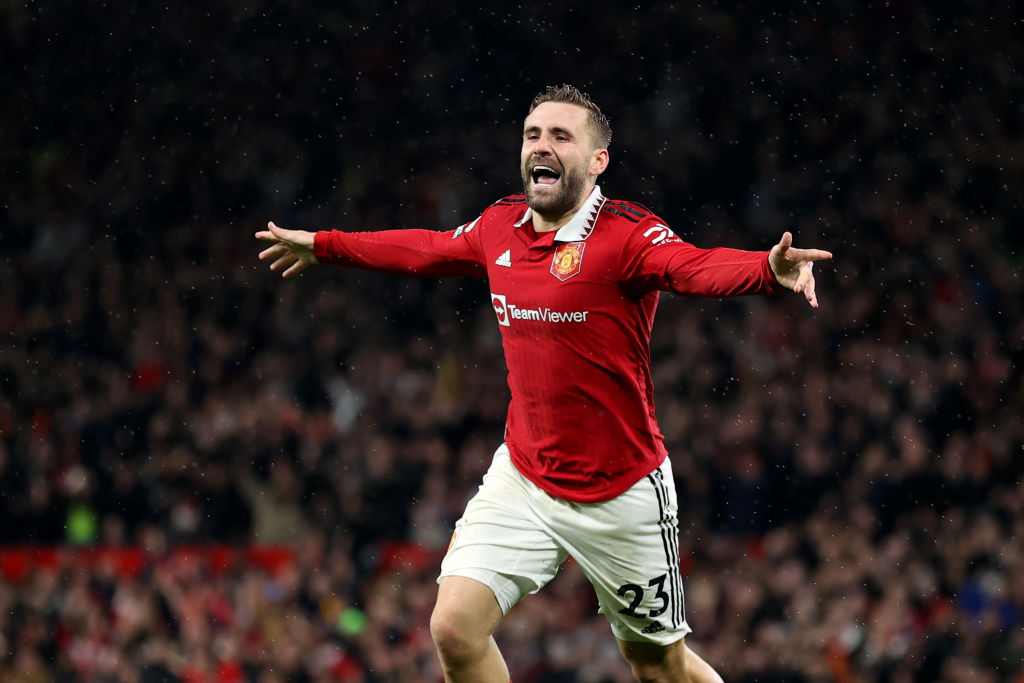 Luke Shaw says Manchester United have what it takes to win an unprecedented quadruple of trophies this season.

Following United’s derby win over Manchester City on Saturday, some are now considering the Red Devils to be real contenders for the Premier League title.

As it stands, Erik ten Hag’s side are fourth in the table, nine points off leaders Arsenal, one point behind City and level on points with Newcastle with a game in hand over the Magpies.

In addition to the league, United are still involved in all four major competitions, having reached the FA Cup fourth round, where they’ll host Reading, and the Europa League knockout round play-offs where they’ll face Barcelona.

They are also favourites to win the Carabao Cup after reaching the semi-finals where they’ll play Nottingham Forest for a place in the final in February against either Newcastle or Southampton.

It’s been quite the turnaround for the club that started the season with two terrible defeats, but off the back of nine straight wins, defender Shaw believes United can go all the way.

‘Right now as a team we have to make sure we have the right consistency in performances and results,’ the 27-year-old.

‘It’s always about winning. If you play well or not, you need to be winning, and recently we’ve been doing that.

‘We’re still in four competitions. We’re Manchester United, we have to aim high.

‘Of course we want to win all four of them, but whether that happens or not is down to us, it’s down to the way we act, the way we rest and get ready for the next game

United are expected to sweep aside a Palace team that have lost six of their last seven games, and failed to score in five of them.

But they’ll face perhaps their biggest challenge to date the following Sunday, when they travel to Emirates to face Arsenal in a match many are billing as a title decider.