Manchester United legend Roy Keane does not think Anthony Martial’s goal against Manchester City on Sunday should have been allowed. Keane claims United should not have been given the free kick in the build up to the goal. City midfielder Ilkay Gundogan was adjudged by referee Mike Dean to have fouled Bruno Fernandes.

Fernandes took the free kick himself and his delightful chip was volleyed in by Martial, though City goalkeeper Ederson should have done better with the shot.

Keane joked at half time it was a free kick on Fernandes due to his United allegiances but then admitted Dean had made the wrong decision.

“I thought it was a blatant free kick!” Keane quipped on Sky Sports.

“No I didn’t think it was a free kick. 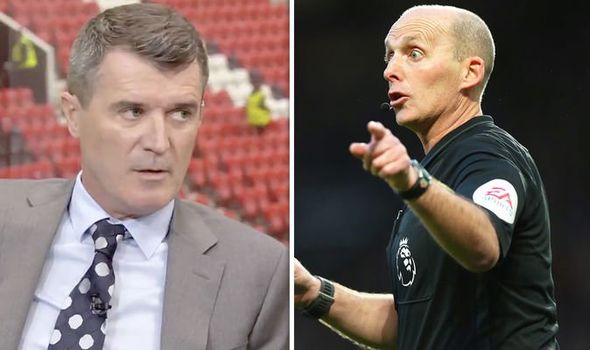 “You’re talking about a derby game, it’s going to be physical, and I think [Gundogan] gets a good connection on the ball.

“Bruno does well to win the free kick and then a bit of craft from Bruno, you’ve got [Sergio] Aguero who’s sleeping, know your players.

“And of course, I don’t know what’s going on at the moment with these goalkeepers but he’s got to save it.

“But clever from United, there’s obviously a signal there, Martial good strike on target, that’s what you want to see from your players.

“He’s onside just about but Aguero’s sleeping. But the more you look at it, a top-class goalkeeper has to save it. No excuse.”

“You can’t give a free kick for that. These sorts of games are supposed to be able to run. 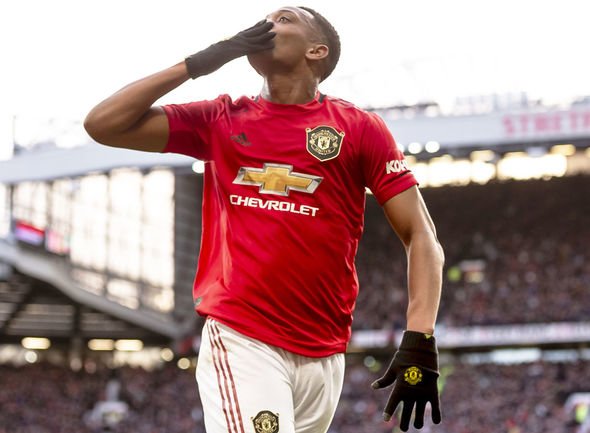 “Back in our day, you can’t be giving free kicks for that. No chance.”

Former United right-back Gary Neville was on co-commentary for the match at Old Trafford.

And he was heavily critical of Ederson’s role in Martial’s goal.

“They’re up to something Manchester United and they’ve isolated Sergio Aguero against Martial.

“The pass is wonderful, the contact is good but the goalkeeper should save it.

“A simple one for him, he makes a right mess of it.

“The plan from the free kick worked, the plan in the game has worked so far.