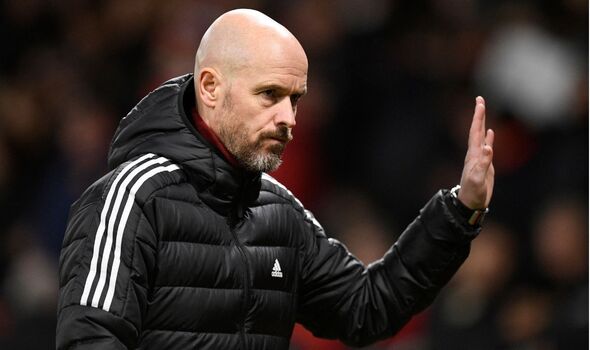 Manchester United boss Erik ten Hag is facing crunch calls on the futures of Harry Maguire, Aaron Wan-Bissaka, Fred and Donny van Beek this summer when the club could be forced into major sales to raise transfer funds, reports claim. The Red Devils will only seemingly be able to spend on two conditions at the end of the campaign due to changes to UEFA financial regulations.

The governing body’s newly-implemented cost controls mean clubs will be restricted to spending just 70 per cent of their total revenue on transfer business, salaries and also agent fees by the time the 2025/26 season comes around.

In order to achieve that, United must start making yearly adaptations to their wage bill and transfer dealings – starting from now.

By the 2023/24 season, they will be required to trim down their overall spending to 90 per cent of their revenue which will require some cost-cutting measures.

Should United qualify for the Champions League, they will stand in far better stead to invest on their squad with several new signings.

According to The Telegraph, departures will be integral to hopes of spending and Ten Hag is now set to face pressure to decide whether he wants to keep Maguire, Wan-Bissaka, Fred and Van de Beek.

All have been squad players this season but United will have to turn to selling some of these players if they want to raise funds.

Maguire was recently linked with a transfer to Aston Villa but the United captain is expected to stay put this month.

Beyond that, his future at Old Trafford is in doubt and having signed Maguire for £80m, a substantial sale will be required in order to recoup some of the blockbuster fee shelled out to Leicester.

Wan-Bissaka, who arrived in the same summer (2019) as Maguire, is also potentially set to depart Old Trafford.

Diogo Dalot’s recent fitness problems have seen him return to the side in recent weeks despite a lack of competitive action prior to the World Cup.

He had initially looked destined to depart the club this month with West Ham and Wolves among those keen on his services.

But now a sale could be shelved until the summer with Wan-Bissaka turning in respectable contributions at right-back in place of Dalot, who was forced off in the 3-0 League Cup win over Charlton.

Fred recently saw his contract triggered by a further year from United but he is thought to have admirers from around Europe.

He has slowly fallen out of favour under Ten Hag and may now have to explore other opportunities if he wants to prioritise regular football.

Van de Beek is now on his final chance at United following a failed loan spell with Everton in the second half of last season and the Dutchman has struggled to impress so far this term.

He suffered a shocking-looking knee injury in the recent win over Bournemouth with United facing a wait to discover the extent of the damage.

Even if declared fit to return, his future at Old Trafford seems bleak and he is heavily anticipated to be moved on at the end of the season.