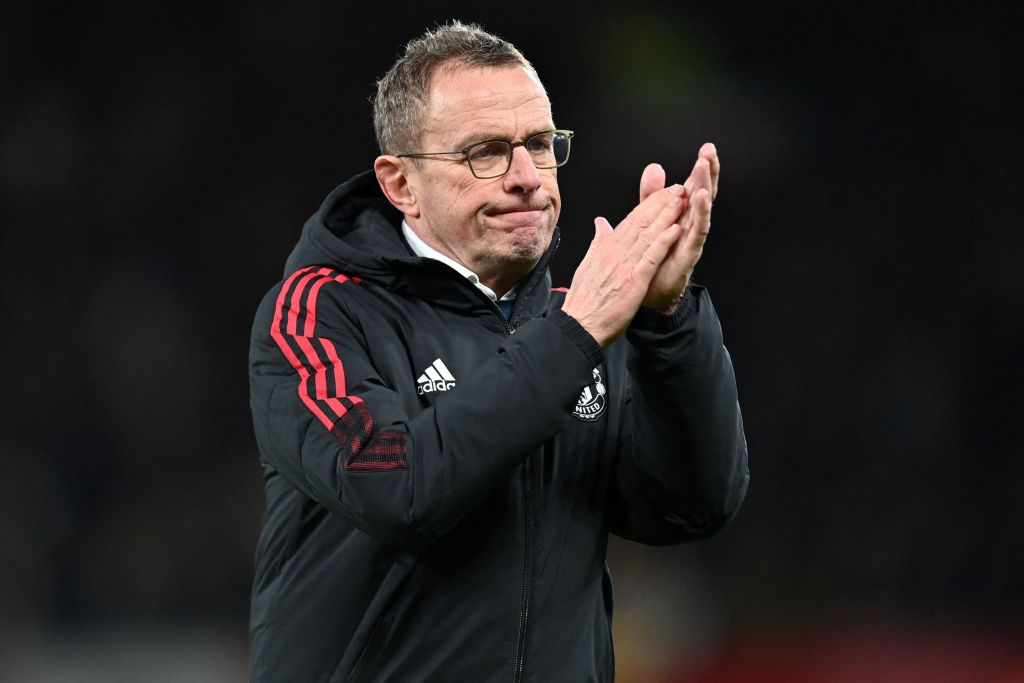 Manchester United have confirmed that Ralf Rangnick will not stay on at the club in his consultancy role.

Rangnick replaced Ole Gunnar Solskjaer as interim manager in December but was unable to guide the club to a top-four finish in the Premier League, meaning that they miss out on Champions League football next season.

The 63-year-old had initially agreed to take up a consultancy role from the summer in order to help with the club’s strategy with the team and transfers.

But after taking a job with Austria’s national team, Rangnick and United have now parted ways.

It’s understood that Rangnick has spoken with United’s new manager, Erik ten Hag, via a telephone conversation before his departure.

A statement from United read: ‘We would like to thank Ralf Rangnick for his efforts as interim manager over the past six months.

‘By mutual agreement, Ralf will now focus solely on his new role as manager of the Austria national team and will not therefore be taking up a consultancy role at Old Trafford.

‘We would like to wish Ralf the best of luck in this next chapter of his career.’

During his press conference with Austria’s national team on Sunday, Rangnick said: ‘In the last few days we’ve come to the conclusion that it’s better for me, and ultimately also for Manchester United, that I can fully concentrate on the job here.’

Rangnick will now take charge of Austria for their upcoming Nations League fixtures, as they face Croatia, Denmark and France in Group A1.