Manchester United and Manchester City are targeting former Tottenham boss Mauricio Pochettino. According to Sport, United and City are still keeping tabs on Pochettino but a move will have to wait until the summer in order to avoid paying compensation to Spurs.

The Argentinean manager enjoyed tremendous success at Tottenham as he turned the north Londoners to title contenders and guided them to last season’s Champions League final.

The club made the tough decision of letting the former Southampton boss go due to a run of poor results despite his impressive five-year stint at the helm.

Pochettino has since been linked with a move to United who have gone through a rough patch with Ole Gunnar Solskjaer in charge at Old Trafford.

However, things have improved and the Red Devils are now targeting a top-four finish in the Premier League after the arrival of Bruno Fernandes in the January transfer window. 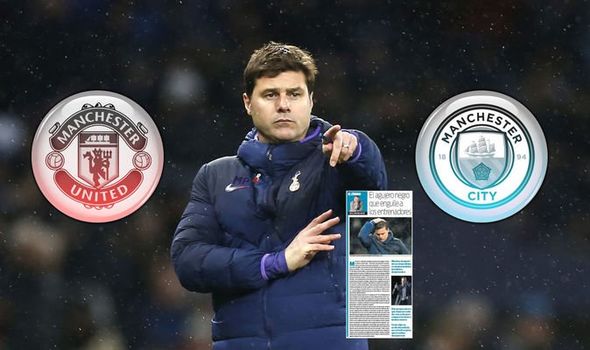 City are still among the Premier League’s most dominant teams under Pep Guardiola even though they are set to lose the title to Liverpool.

The Citizens recently won the Carabao Cup for the third year in a row and are targeting a Champions League triumph.

Guardiola has stated that he won’t leave the Etihad before his contract runs out in 2021 despite the UEFA ban.

The European governing body have slapped City with a two-year ban from UEFA club competitions due to Financial Fair Play breaches and the back-to-back Premier League champions have launched an appeal. 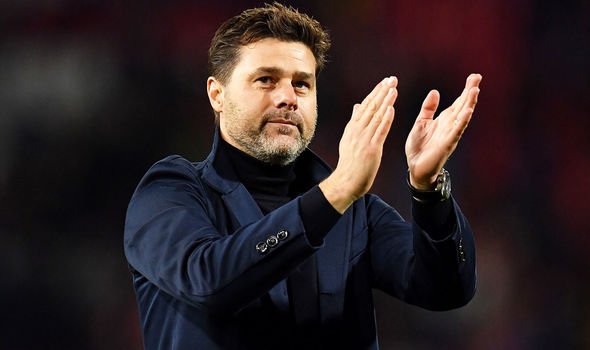 City, though, are still planning for the future and see Pochettino as the perfect candidate to take over once Guardiola decides to leave.

However, none of the two Manchester clubs are expected to make a move before the summer as they may have to pay Tottenham some compensation.

Pochettino has been a free agent for the past four months as he is recharging his batteries before returning to management.

The Argentine has remained coy about his future but expressed his appreciation for getting the opportunity to coach in the Premier League as well as La Liga, where he managed Espanyol.

Pochettino recently said: “For me I was so lucky to start my career as a manager at Espanyol in Barcelona and then to come to the Premier League to learn a different language and culture and I am a better person today.

“I have more knowledge and had a great experience. The Premier League is the Premier League. Football was born here in England but I think La Liga has amazing football and amazing coaches.

“Coaches like Gustavo [Poyet] and myself, we try and be in the best place, and England and Spain are the two best leagues in the world.”