Manchester City midfielder Rodri has said that Atletico Madrid will still have a “hard return game”, as he took a cheeky dig at Liverpool after their 1-0 defeat to the Spanish side in the Champions League first leg.

Saul Niguez’s cool finish proved to be the difference between the two sides at the Wanda Metropolitano last Tuesday, after an outswinging corner deflected off Fabinho in to the path of 25-year-old.

The Champions League winners will need to score in the return leg if they are to turn the tie around and progress through to the quarter-finals, and will also need to be wary of conceding again because of the away goals rule.

Manchester City midfielder Rodri took the opportunity to playfully point out that Liverpool had finally been beaten this season.

Rodri said: “I am happy for Atletico beating Liverpool 1-0. They are the only team to have done so, but they have a hard return game still.” 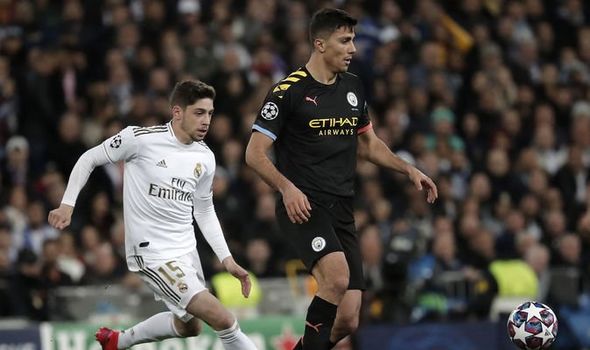 The 23-year-old central midfielder, who signed from the Spanish side last July, tasted defeat at Anfield when the Citizens lost 3-1 against Jurgen Klopp’s side earlier on in the season.

They will be looking to make amends at the start of April, when the two sides face off in Manchester.

City are likely to only be focusing on retaining second place at that point, with Leicester sitting seven points behind in third place and Liverpool set to win their first league title since 1990.

Manchester City enjoyed their own success in the Champions League on Wednesday, as they overcame Real Madrid 2-1 at the Santiago Bernabeu.

A Gabriel Jesus strike and a Kevin De Bruyne penalty put Pep Guardiola’s side one step closer to the last eight.

This result comes after it was confirmed that Manchester City had submitted an appeal to the Court of Arbitration for Sport (CAS) against their two-year ban from the same competition.

The club were found to be in breach of Financial Fair Play rules after mega-spending from the board on the likes of Joao Cancelo and Rodri last summer.

As a result of this, the team that finish fifth in the English top-flight this season are set to gain entry in to the Champions League, presuming that City finish in the top four. 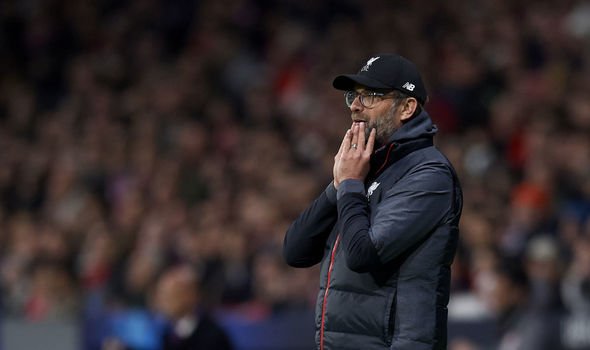 Remarkably, Chris Wilder’s Sheffield United are one of those teams competing for that all-important fifth spot.

However, they are in a much better position than Liverpool in Europe at the moment, after scoring two away goals at the Bernabeu and taking the advantage back to the Etihad Stadium for the second leg on 17th March (8pm).

Meanwhile the Reds face Atletico Madrid in the second leg on 11th March (8pm), and are likely to keep the same full-strength starting eleven that started in the first leg, barring any injuries or suspensions.