Manchester City star Sergio Aguero has reassured fans that he’s okay, after appearing to take a knock during the Carabao Cup final. Pep Guardiola’s side beat Aston Villa to the first silverware of the season, after winning 2-1 at Wembley.

Aguero scored the opening goal of the game in the 20th minute, after converting Phil Foden’s headed down assist.

The striker almost scored his second goal of the game in the final 10 minutes of the match.

He latched onto a Bernardo Silva cross at the far post, but pulled his volley wide.

During the fray, Aguero collided with a Villa defender, and he stayed down clutching his shin. 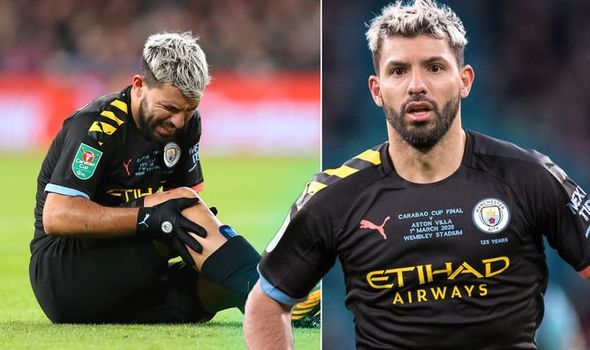 Minutes later, he was replaced by Gabriel Jesus, and the forward hobbled off the pitch toward the dugout.

He was later spotted with an ice pack on his shin, but Aguero confirmed that it shouldn’t be a big problem.

After the game, Guardiola also confirmed that Aguero took a knock during the clash.

The striker is expected to be assessed this week to reveal the extent of the damage.

“We will see in the next few days.” 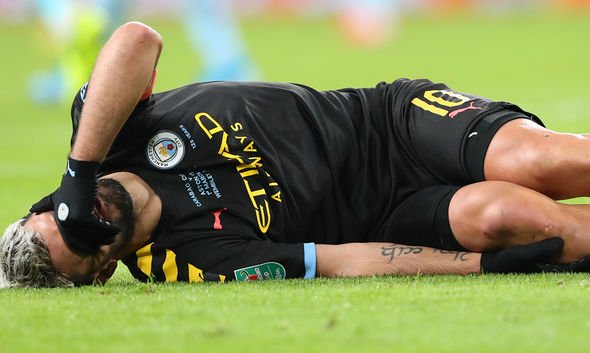 Meanwhile, Aguero also thanked the club for the numerous happy memories he’s achieved with the Citizens.

He said that he’s really happy at City, and it was his dream to win trophies when he first arrived in the UK.

“I just want to say to the club, thanks,” said Aguero.

“When I came here, I wanted to win titles, so I’m so happy with another trophy.”

City scored twice inside half an hour to gain an early advantage in the cup final.

Rodri scored the Citizens’ second goal from a corner, which was controversially awarded to City, despite the final touch coming from Ilkay Gundogan.

A John Stones slip gave Villa the impetus to get back into the game just before half time, with a superb header from Mbwana Samatta.

But, City ultimately won the match by a single goal, to complete a hat-trick of Carabao Cups.