Liverpool’s dismal start to the season has seen Jurgen Klopp’s side pick up just two wins from their seven games so far, as they sit seventh in the Premier League and have lost their opening Champions League game. Injuries have been claimed to be an issue that has plagued the Reds, having lost Diogo Jota, Jordan Henderson, Thiago, Joel Matip, Ibrahima Konate, Naby Keita, Curtis Jones, Alex Oxlade-Chamberlain and Fabio Carvalho at several stages of this season, but Klopp’s change of tactics have also come under question.

Former Liverpool striker Robbie Fowler believes that Klopp’s possible decision to work his players less and attempt to control more of the game than usual due to the upcoming World Cup this winter has backfired. “Less distance covered than every opponent so far this season,” Fowler wrote in the Mirror.

“Less intense runs, less sprints. Why? It’s not that they suddenly can’t run, that’s far too simplistic. Maybe Klopp has decided to try and control games, run less to see them through a ridiculous season with a bloody World Cup in the middle. But that isn’t working because he doesn’t have his midfield controllers in Thiago, Naby Keita and Curtis Jones.

“Maybe it’s even simpler than that. Maybe it’s the shortened summer and the training periods they had after a long season. Perhaps they tried to do too much fitness in too short a space of time, or even not enough. That would explain the injuries either way. 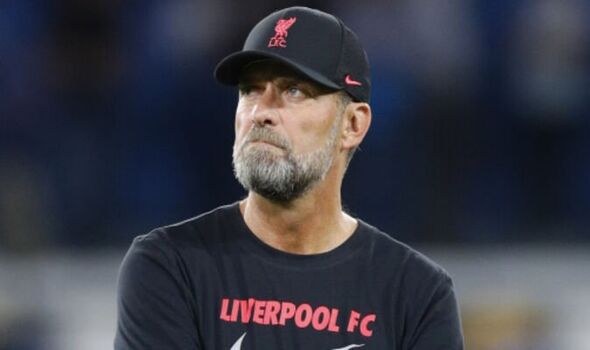 “It could also explain the lack of intensity, which then leads to a load of other small problems, which all came home to roost in Naples. The good news though, that’s a temporary problem.

“With players back he can rotate, get in fresher legs, rest older players and the injury prone, take younger players out to allow them to develop at a better pace, allow [Darwin] Nunez the chance to settle properly into the team, and most importantly, rediscover their shape and intensity.” 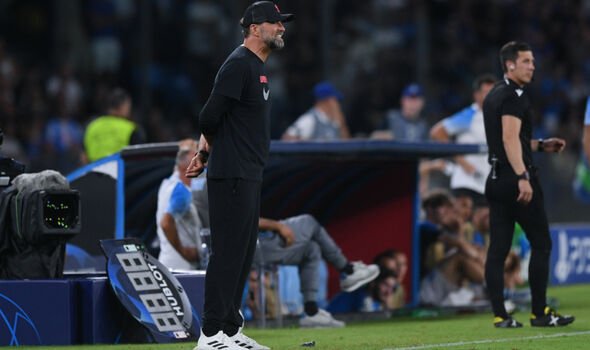 Midfield has been an issue for the Reds this season due to injuries, while several members of their defence were specifically called out in the loss to Napoli for errors that allowed the Italian side to cut through Liverpool and score four times. Klopp has admitted that he may need to “reinvent” his team following the defeat on Wednesday.

“You don’t think a lot after the game, you react more,” Klopp said. “We have to kind of reinvent ourselves because basic things were not there. It’s a difficult period, no doubt about that.

“If you’re not playing exceptionally well, you still can defend on a really high level. We should be able to do that. The start of the game doesn’t help. If we want to defend better and concede a penalty after three minutes and the next one, obviously you cannot exactly do that. Tonight we were caught in-between.”