Liverpool got back to winning ways last time out and desperately need victory over Chelsea at Anfield tonight (8.15pm kick-off) as they seek to build some momentum in the top-four fight. Both Manchester United and Leicester dropped points on Wednesday night and the Reds can leapfrog Chelsea and West Ham into fourth by beating the Blues this evening as they seek a first home win in the league since December 16. Express Sport looks at how the reigning champion could line up as they welcome Alisson, Fabinho and Diogo Jota back to the squad.

Adrian kept a clean sheet in the weekend’s win at Sheffield United with Alisson missing out on compassionate grounds.

The Brazilian No 1 is still grieving the sudden death of his father at the age of just 57 last week.

But Klopp has confirmed that the £67million shot-stopper will return between the sticks against Chelsea.

“Ali trained now the full week and, yes, we should expect that he is able to return,” he said on Wednesday.

The 28-year-old is seeking a first shut-out since January 17 having conceded nine goals in his past three top-flight appearances. 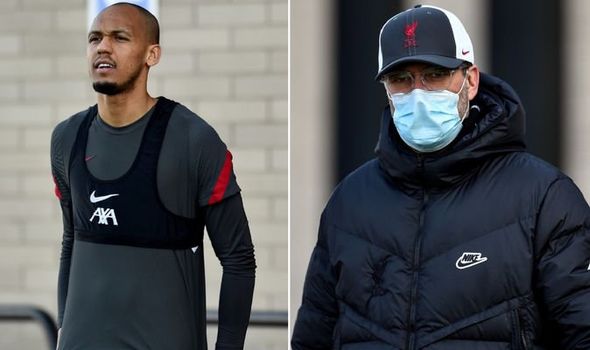 In the full-back positions, Trent Alexander-Arnold and Andy Robertson are easy picks with the Scot to continue his incredible record of starting every league game this season.

But Klopp has the first of several big choices to make when it comes to the centre of the Reds’ defence, with Fabinho back to fitness.

The Brazil international has been unavailable for Liverpool’s past four league games with a muscle problem and Nat Phillips and Ozan Kabak helped keep a clean sheet at the weekend in his latest absence.

Asked where Fabinho will play, in midfield or in defence, Klopp replied: “Both is possible. That’s good and gives us options in different moments. I think if we can find a way to bring Fab back in midfield that would be, in some games, quite helpful.”

Despite that, the way Fabinho played against Timo Werner in the reverse fixture – which Liverpool won 2-0 at Stamford Bridge – may mean he starts at the back.

Phillips has stepped in well whenever he’s been relied upon but he is best against the less mobile forwards and with Timo Werner expected to play on Chelsea’s left, Kabak is the more likely to be the right-sided partner to Fabinho. 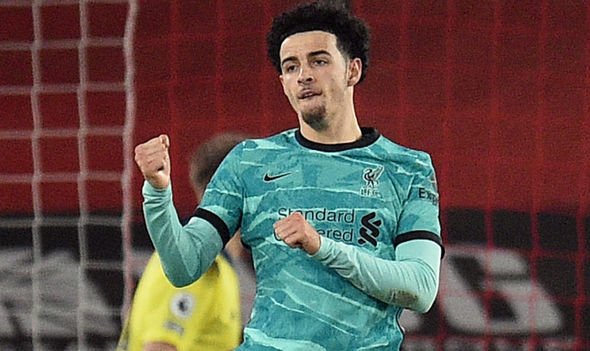 Another tough pick for Klopp, Naby Keita scored a phenomenal strike the last time Liverpool welcomed Chelsea to Anfield back in July on the night they lifted the league title.

But the Guinean is likely to sit on the bench to start with as he did against Sheffield United, given Curtis Jones’ recent form.

The Liverpool-born 20-year-old was one of the few players to continue performing throughout their poor recent form and scored the opening goal at Sheffield United on Sunday.

He should be joined by Gini Wijnaldum, who like Robertson has played in every single one of Liverpool’s Premier League games this season.

Thiago Alcantara should complete the midfield three having impressed in the previous clash against Chelsea when he made his debut and his ability to keep the ball under pressure will be key against the likes of N’Golo Kante and Mason Mount. 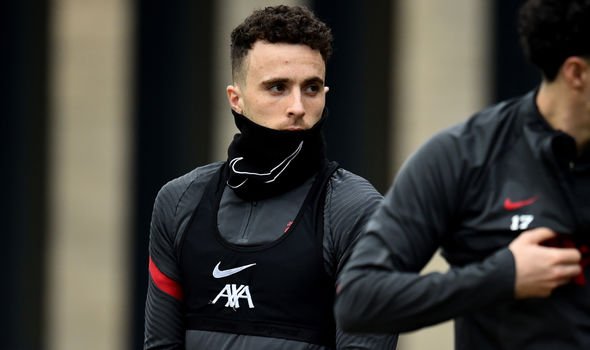 In addition to the returns of Alisson and Fabinho, Jurgen Klopp will also welcome Diogo Jota back to his match-day squad.

Despite returning from injury, the Portuguese – Liverpool’s third-highest top scorer this season on nine goals – was ruled out at the weekend due to illness.

Klopp said: “He looked exceptionally well, but unfortunately he got ill overnight, so now we have to see how big the steps are he can make towards the team again.”

However, though Jota was superb before succumbing to a knee problem on December 9, he will only be an option off of the bench.

The out-of-sorts Roberto Firmino netted at Bramall Lane courtesy of a deflection and despite some poor recent form, will keep his starting spot for now at least until Jota is back at full tilt.

Out wide, Mohamed Salah and Sadio Mane will be Liverpool’s main goalscoring outlets as the Egyptian looks to increase his two-goal lead over Manchester United’s Bruno Fernandes in the Golden Boot race.