It was another exciting weekend of Premier League action as Liverpool lost 3-0 to Watford, Manchester United were held by Everton and Tottenham were defeated by Wolves. Express Sport writer Matthew Dunn takes you through all of the main talking points from the action.

So Liverpool are not going to match the original “Invincibles”. Well, they came a good deal nearer than the Arsenal team of 2003-04, for all the noise.

Much as Gunners crow about it, the first team to be branded with the tag that Arsenal wear so proudly were Preston North End in the very first season of league football – 1888-89.

Not only did Preston go unbeaten, but they won 18 of their 22 games (82 per cent) and overall scored five times for every goal they conceded. Truly impressive.

Sixteen years ago, Arsenal won just 68 per cent of their games and dropped points against three of the bottom four teams. Liverpool may have been beaten by Watford, but their win ratio this season remains a remarkable 93 per cent.

And yes, they failed to avoid losing. But football is about winning.

So let’s celebrate when Jurgen Klopp’s side reaches win no. 33 – making them the “winning-est” team in football history, passing the record set by Manchester City in both 2018 and 2019.

As opposed to the “whining-est” when it comes to how hard it is just to remain unbeaten. 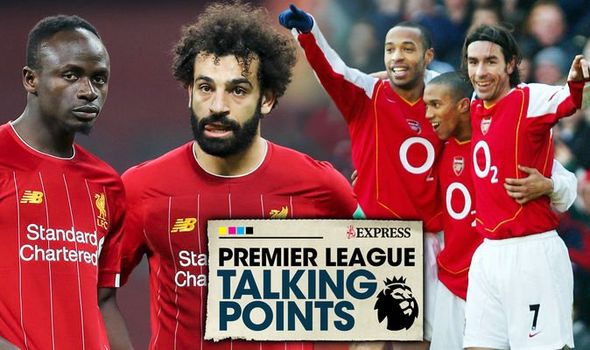 Jose Mourinho complains of his side lacking in aggression or ruthlessness after their defeat against Wolves.

As though that were not possible under a manager as aggressive and as ruthless as you could wish for. It is as if Mourinho’s first thought is to show he is not the one to blame.

But Dele Alli was putting his foot in long before the Special One darkened his doorstep. Eric Dier put in THAT tackle on Sergio Ramos in Seville without “nastiness” lessons from Mourinho. And the entire team had shown in recent seasons that the “Spursiness” about the club had long gone.

What players are actually short of at the moment is confidence. Even when they go in front, they don’t feel they can still get across the line.

Perhaps that comes from a manager who keeps harping on about how hopeless the club is without long-term injury victims Harry Kane and Heung-Min Son.

TAKE FERGIE OUT AND UNITED ARE JUST ANOTHER EVERTON

The Toffees went on to win the title that year and repeated the feat two years later as the Scot was still finding his feet.

So the fact that this weekend the clubs are only split by a contentious VAR decision should be a cause of concern to those at Old Trafford.

For all their history and revenue, right now they seem to be in just as dark a corner of Liverpool’s shadow as their neighbours. 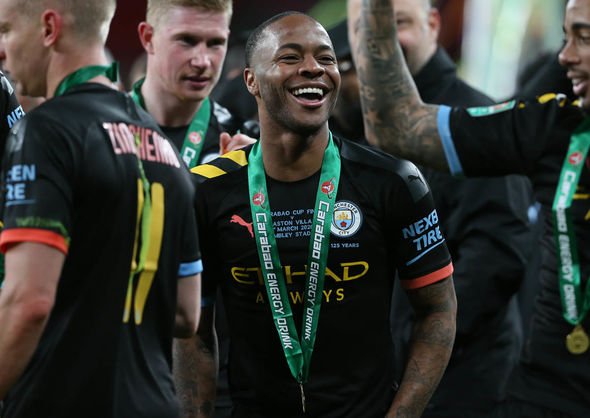 Medical staff at clubs are always particularly concerned about passing diseases among players when they come into contact at the best of times.

So it is no surprise that the medical staff at Newcastle have banned hand-shakes at the club’s training ground in light of the Coronavirus.

What is more surprising is that they seem to have insisted on players avoiding getting involved in communal goal celebrations among the squad by banning Newcastle from scoring any goals.

Steve Bruce is getting the blame. The truth is that you can only work with the goalscoring talent – or otherwise – you are given.

THE MORNING AFTER IS A BITTER PILL TO SWALLOW

Aston Villa have every right to feel proud of the way they acquitted themselves at Wembley.

Dean Smith rightly said that the positive from the final is that if his side play like they did, they will have on problem with relegation.

The danger comes if they don’t.

History is littered with teams who have reached cup finals only to kiss goodbye to their top flight status.

That would be cruel.

But just as they did in the tunnel at Wembley, Villa have to dig deep within themselves and prepare to give their very best.