Liverpool midfielder James Milner has been praised for inspiring the Reds’ young players, with Danny Higginbotham claiming players like him will be “out of the game” before too long. Liverpool have been told they can’t afford to let him leave the club.

Milner produced a game-winning moment of brilliance against Bournemouth on Saturday as he dived to clear the ball off the line.

Ryan Fraser had sprinted through on goal before lobbing replacement goalkeeper Adrian in the closing stages of the game.

The winger had even started celebrating while laying on the field as he watched the ball sail towards the net, before Milner sprinted back and produced a stretched clearance.

Milner launched himself at the ball before clearing it high away from goal. 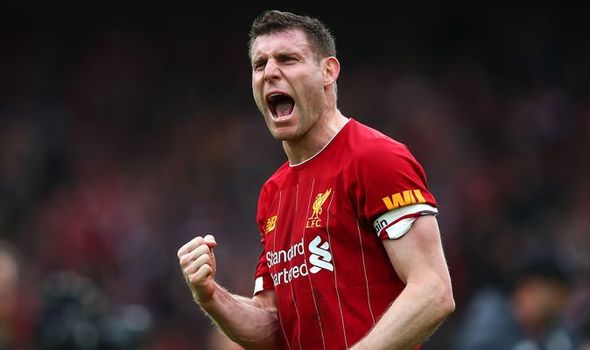 The Reds’ captain for the day had a brilliant game, filling in at left-back for Andy Robertson.

And he earned credit for more than what he did during the game, too.

Before the game, he was caught on camera taking the team into a huddle on the pitch after the warm-ups, rallying his team-mates, who had suffered three defeats in four games.

The 34-year-old has seen his game time limited somewhat this season, having started just seven Premier League games this campaign.

But Higginbotham has heaped praise on the veteran, and warned Liverpool they can’t afford to lose him from the dressing room.

“Much was made on Saturday of him calling the players into a huddle and giving them a gee-up and getting everyone together,” he wrote in his column in The Sun.

“The reason that is in the spotlight is because you don’t see it much any more — it used to happen all the time.

“It will soon go out of the game. 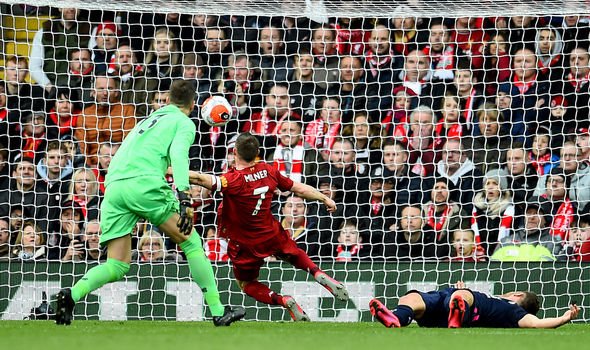 “You get the impression Milner is always there to give guidance to young players, to have a chat when things are going right, to put an arm around a shoulder or even a boot up the backside.

“If you remove players like Milner from the dressing room who do young players have to look up to?

“And where he can be so valuable is when a youngster has something about his game that is troubling him, but doesn’t want to go to the manager because he fears he will think he is not up to the job and he’ll drop him.

“Having a player like Milner in your squad means the youngster can take his concerns to a senior player knowing it will go no further — and that he will get some great advice in the process.”