Liverpool 'may look to bring in Ruben Neves this month'

Liverpool ‘could be interested in signing Ruben Neves this January’ amid concerns over their midfield.

The 25-year-old has 18 months to run on his contract and has hinted previously that he is unlikely to sign a new one.

Jurgen Klopp has previously claimed his side’s budget for the window has been used up after signing Cody Gakpo, but his plans may change amid interest in Neves from Newcastle. 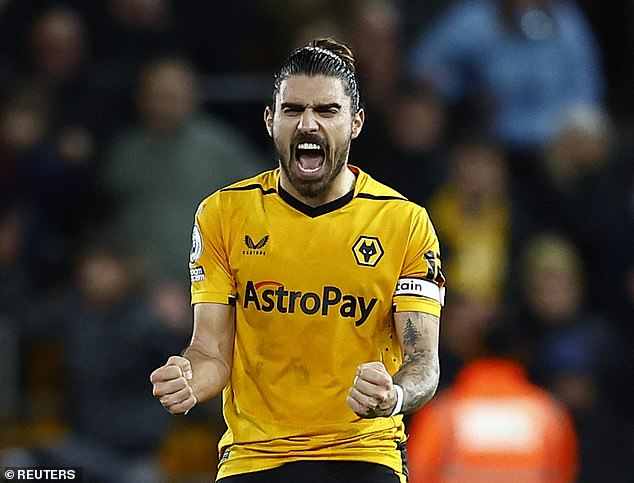 Wolves Midfielder Ruben Neves has 18 months remaining on his contract 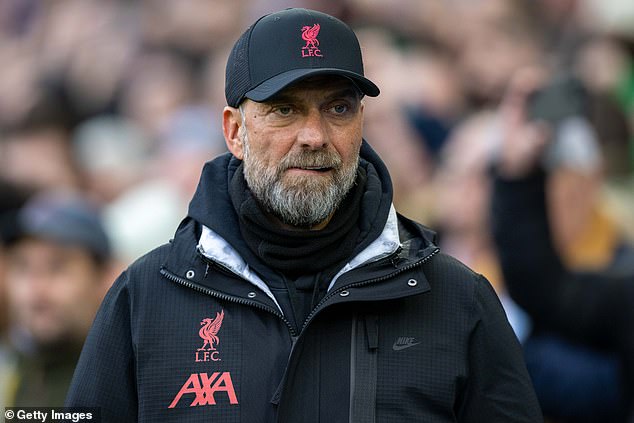 According to reports in the Mirror, Liverpool are ‘weighing up a move’ for the Wolves star before the window closes.

Julen Lopetegui’s side previously priced Neves as £70 million, but that number is likely to shrink as he approaches the end of his contract.

Liverpool fans will be desperate for some kind of good news story after another loss to Brighton on Saturday which left them 11th in the Premier League.

Ageing midfield pair Fabinho and Jordan Henderson were singled out for criticism after the game. 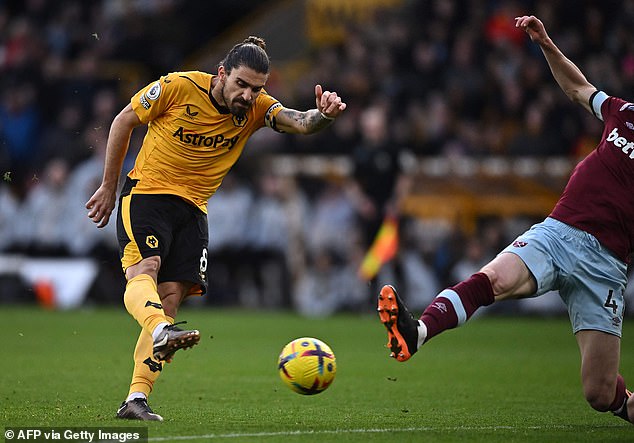 Neves is also being chased by Newcastle, who may be more likely to offer European football

There will be competition for his signature, as the Magpies are in the market for a holding midfielder and the Portugal international has Premier League pedigree, something boss Eddie Howe is keen on.

Newcastle are keeping a ‘watching brief’ on the market this month and will only make a significant move if injuries force their hand or a deal represents value.

Neves has been linked with the likes of Barcelona and Arsenal in recent seasons, but the Newcastle project is one of the most exciting in European football and the club are confident that targets will be attracted to St James’ Park.