Liverpool fans hail Billy Koumetio after scoring from his OWN HALF

‘Like the lovechild of Virgil van Dijk and Xabi Alonso’: Liverpool fans hail Billy Koumetio after scoring from inside his OWN HALF during their U21s’ win over PSG – as Stefan Bajcetic leads team-mates’ plaudits for outrageous goal

Liverpool youth player Billy Koumetio left his team-mates stunned with a goal from inside his own half against PSG 4-2 in Wednesday’s Premier League International Cup clash.

The French defender took the initiative with his side in possession playing the ball around the back, before Koumetio spotted the goalkeeper off his line and sent it flying in over his head from miles out.

The 20-year-old has only made two senior appearances for the Reds, one of which came in a dramatic penalty shoot-out win over Leicester in the Carabao Cup last season, and was a part of the side that lost the 2021 FA Youth Cup final to Aston Villa. 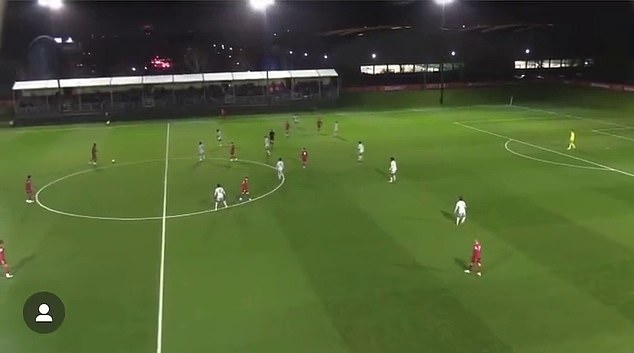 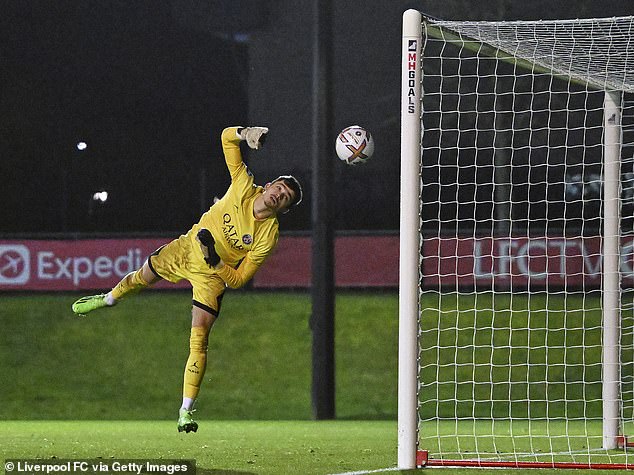 Koumetio’s stunner came after just nine minutes of action at Kirkby, with the Reds racing off to a great start in the encounter.

And the defender took to Instagram to share the goal himself, writing: ‘Thankful to God that giveth the ability to do this. Praise God.’

Koumetio has recently returned to the club after spending the first half of the season on loan at Austrian Vienna, where he made 11 appearances – including one in the Europa Conference League. 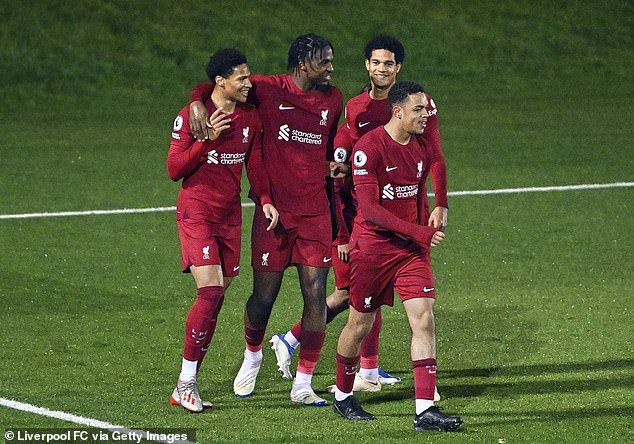 One fan even draw comparisons to Virgil van Dijk and club legend Xabi Alonso, who famously scored from inside his own half against Luton Town in the FA Cup in 2006.

They claimed: ‘Like the lovechild of VVD and Xabi Alonso.’

And his Reds team-mates were left in awe of his goal, and wasted no time in piling their praise on the youngster’s shoulders on Instagram.

Defender Owen Beck – on loan with Bolton Wanderers – echoed the sentiment with a shocked emoji. 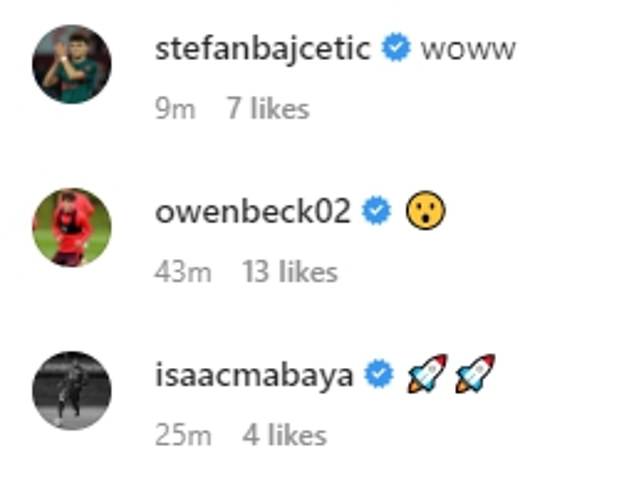 Having opened the scoring in stunning fashion, the defender later scored Liverpool’s third of the night on the stroke of half-time, to cap a sensational individual performance.

And his team-mates were not the only onlookers to be left in amazement following the goal.

‘It was good technique, first of all, the way he received the ball and then he spotted their goalkeeper off his line and he’s put it away. Pretty amazing really.’ 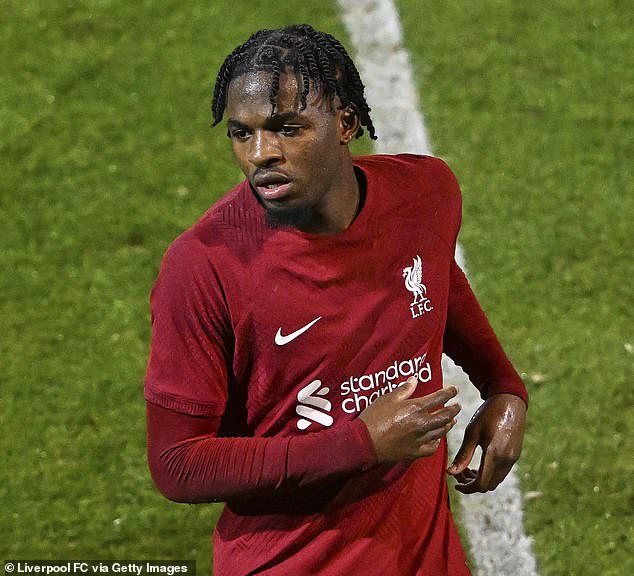