Home » Soccer » Like him or not, Southgate has got us believing again with England

Like him or not, Southgate has got us believing again with England

Like him or not, Gareth Southgate has got us believing again – England now turn their focus to Qatar 2022 with the Three Lions boss knowing only World Cup glory will silence his doubters

October 5, 2017 – a night Gareth Southgate often references. A night to forget for a myriad of reasons, but one the England head coach finds difficult to erase from his mind.

Wembley’s hallowed turf was used as a makeshift landing strip that toxic evening; bored spectators took to pelting England players with paper airplanes in search of absolutely anything else to occupy their time than watch what was unfolding in front of them.

Jeers reverberated round the national stadium as England edged past Slovenia, Harry Kane scoring a last minute winner – by which point Wembley was already half-empty. 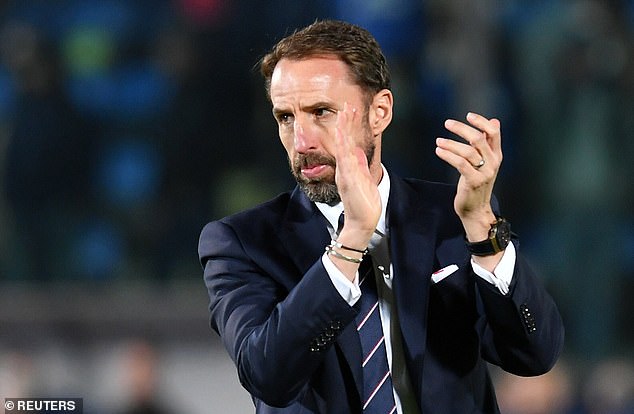 A night etched in Southgate’s psyche, a night entirely symbolic of the nation’s attitude towards the England football team back then. Disinterested and uninvested.

As he huddled round national newspaper reporters in the Wembley tunnel area after that depressing encounter, Southgate challenged his team – which included Kane, Raheem Sterling, Jordan Henderson, Kyle Walker, John Stones and Marcus Rashford – to rise to challenge of overcoming those hostilities.

There appeared little hope of that at time. Heading into the World Cup, no-one gave England a chance.

In fairness, why would they? Failure, often embarrassment, had become the rule rather than exception at major tournaments.

But then came the unforgettable summer of 2018. The public’s faith was restored, the severed connections between the team and its supporters had been repaired – thanks in no small part to Southgate, who led England to a fourth-placed finish in Russia.

Southgate tapped into the renewed optimism, riding the wave all the way to England’s first final since 1966.

Kane, Sterling, Walker, Henderson, Stones and Rashford, who all played in that rotten night at Wembley a little over four years ago, all featuring in the Euro 2020 final – ending the summer as national heroes despite losing to Italy on penalties.

So, here we are. Once again, England expects.

As the Three Lions booked their place at World Cup 2022 in San Marino on Monday night, you almost sensed the spotlight shine brighter on Southgate and his team. You could almost hear the knives sharpening.

Yet, they’d rather that than the non-plussed attitudes of 2017. But, with all that said, it seems wholly unfair that the expectation Southgate has been pivotal in building will inevitably used as a stick to beat him with this time next year if things don’t go according to plan.

Because it will. He knows it. The Football Association knows it. We all know it.

Football programs you to disregard what’s gone before: it’s always about the next game, the next trophy.

But if there was ever an instance to cut someone some slack for his past achievements, then surely it’s Southgate.

Because if it wasn’t for him we probably wouldn’t be looking forward to the World Cup as expectantly as we are.

If it wasn’t for him, who knows, maybe we wouldn’t be looking forward to a World Cup full stop.

Anything other than a semi-final finish in Qatar would be deemed a failure by those who, inexplicably, remain unconvinced that Southgate is the man to lead England.

The same people didn’t give much credence to England’s showing in Russia three years ago and believed Southgate should have lost his job for not winning the Euros.

There’s no convincing those people. It’s a monster Southgate has helped to create; but it shouldn’t be one that gobbles him up.

Indeed, it won’t be. Southgate will sign a new contract with the FA that will take him up to at least Euro 2024 very soon – with an announcement expected before the end of the year.

No matter how England fare in Qatar, Southgate has earned the right to take England to Germany in 2024.

But for now, thanks to Monday night’s resounding win in Serravalle, the England manager will turn his attentions to Qatar 2022 – a tournament where only lifting the trophy will silence his doubters.