Leicester complain to UEFA over treatment of their fans in Naples

Leicester have made a formal complaint to UEFA on behalf of the supporters who attended Thursday’s Europa League game at Napoli.

About 600 Foxes fans travelled to Italy to watch their side’s 3-2 defeat – though transport arrangements on the night meant many did not arrive until close to half-time, missing the first four goals.

Supporters were required by Italian authorities to take designated shuttle buses to the Diego Armando Maradona Stadium, but some of these arrived late and then had to contend with heavy traffic and bad weather. 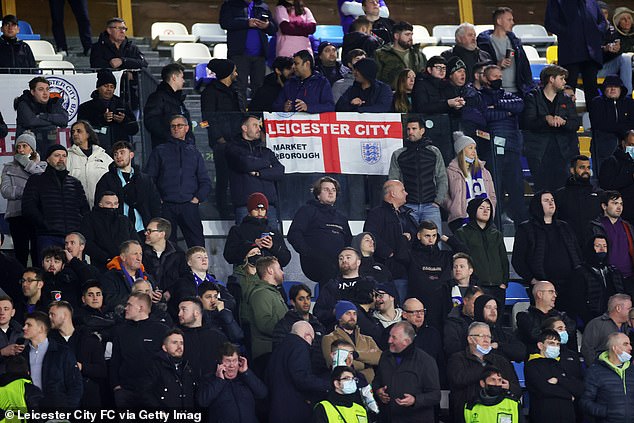 The club are thought to be hugely disappointed with how their fans were treated, given the effort needed to watch the game in the light of increased Covid-19 travel restrictions.

Manager Brendan Rodgers said: ‘I’m devastated for them. They have followed us in Europe and given us great support.

‘It was hard for us not to be able to get the result for them.’ 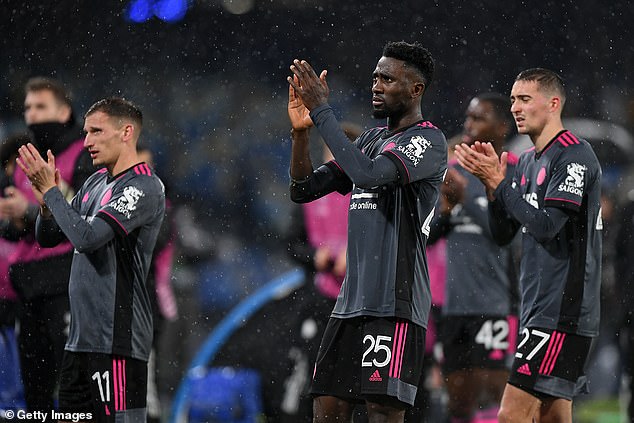 The Foxes began the night top of Group C, but they ended it in third place and heading into the lesser Europa Conference League competition after their defeat was compounded by Spartak Moscow’s 1-0 win at Legia Warsaw, with the Russian club topping the table ahead of Napoli.

Leicester will now see their European campaign resume in February, instead of March, when they will play one of the eight sides who finished second in the Europa Conference League group stage for a place in the last 16 of that competition.