Ricardo Pereira produced a finish Jamie Vardy would have been proud of to keep alive Leicester’s chance of ending the season with a major trophy.

Until the right back placed past Lee Camp eight minutes from full-time, the tie appeared to be heading for extra-time as Birmingham, 15th in the Championship, looked to extend Leicester’s stuttering start to 2020.

The home side had gathered only 12 points from their previous 12 games in the Premier League as memories of their flying start to the campaign begin to fade, and not even a powerful starting XI was enough to wrap this one up quickly against Blues, who were impressive in defence throughout. 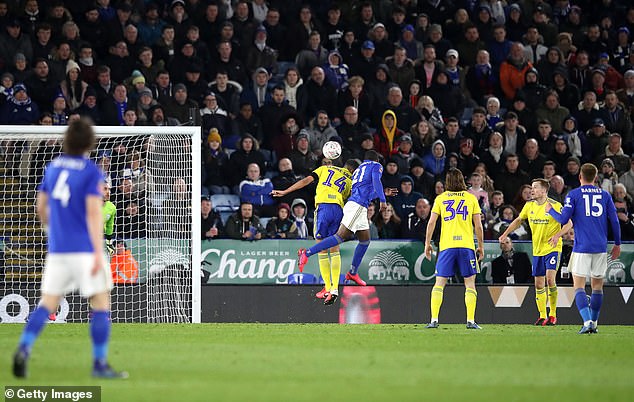 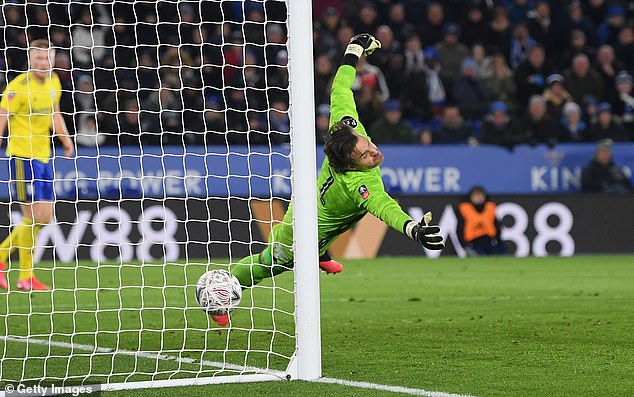 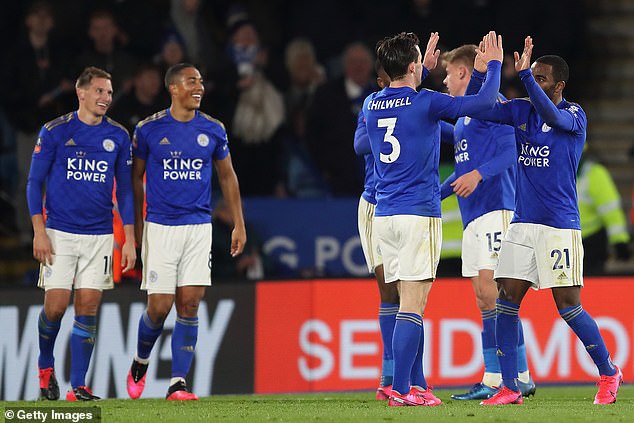 Yet after a flat first half, Leicester were much better after the break and just about deserved their victory. Before Pereira’s goal, James Maddison hit the bar and Kelechi Iheanacho had an effort ruled out for offside.

With the two star attractions missing – Leicester forward Vardy has a calf injury while Birmingham teenager Jude Bellingham was rested – there was little to quicken the pulse during the first half.

Leicester boss Brendan Rodgers picked a strong team in the hope of blowing away the Championship club early, but struggled to find holes in Blues’ defensive set-up.

Kristian Pedersen made an important block to take the sting from Dennis Praet’s sixth-minute, before Maddison shot over from the edge of the box after being released by his midfield partner. Moments later, Ben Chilwell charged forward from left back and saw his shot on the run take a slight deflection off on-loan Chelsea defender Jake Clarke-Salter and loop just beyond Camp’s left post.

Birmingham were unbeaten in their previous 13 matches and it was easy to see why. Manager Pep Clotet, who made four changes, has them well organised, and former Blue Demarai Gray struggled against his old club, after being handed a rare start by Rodgers.

Birmingham’s attacking pair of on-loan Aston Villa striker Scott Hogan and Lukas Jutkiewicz kept the Leicester rearguard occupied, although Kasper Schmeichel had a quiet first half in goal. The only time Blues came close to scoring in the opening 45 minutes was when Kerim Mrabti’s effort from just inside the box clipped Ricardo Pereira and flew just wide.

Rodgers would doubtless have been frustrated with the lack of intensity to his side’s attacking play and they tried to step it up when battle resumed. First Jonny Evans headed Praet’s cross over when unmarked eight yards out, and Chilwell prodded Marc Albrighton’s right-wing cross wide at the far post. 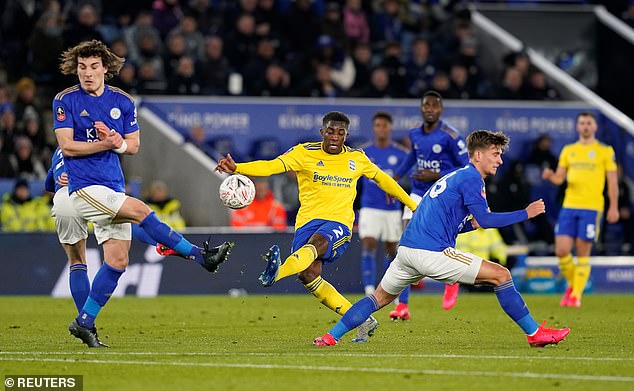 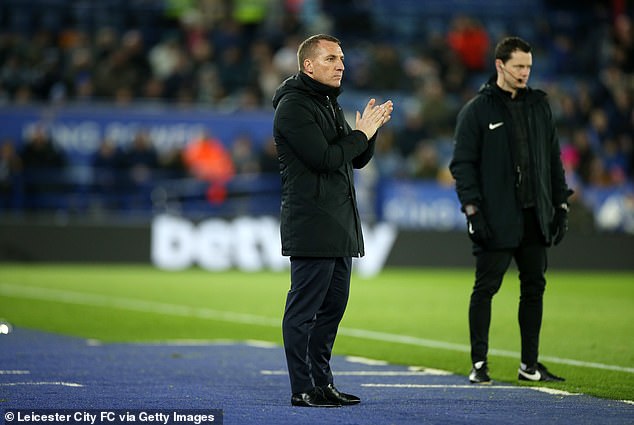 Yet Birmingham, at least initially, did not wilt. Maddison took a fine touch to bring down Praet’s crossfield pass before he was crowded out, and Iheanacho was prevented from making a clean contact on the loose ball by more diligent defending en masse.

When Blues did clear their lines, Hogan was worrying the Leicester centre backs. Caglar Soyuncu was booked for a late tackle after the forward had spun away from him, while Evans was lucky not to be penalised for a clear shove in the back as he and Hogan awaited a high ball.

Maddison’s influence on the game was growing and in the 68th minute, his left-foot drive from 25 yards deflected off Harlee Dean flicked the top of the bar – the closest Leicester had come to breaking Blues’ resistance. 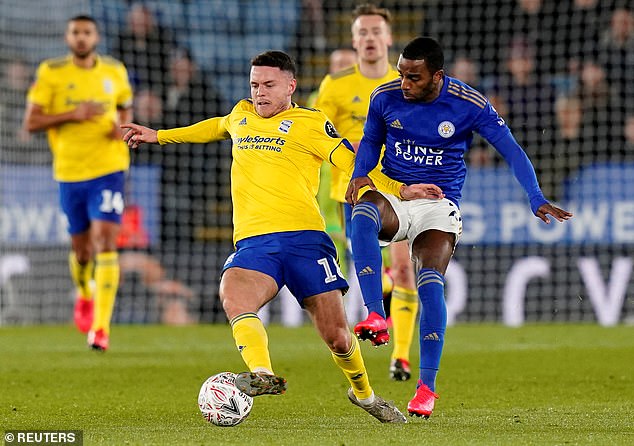 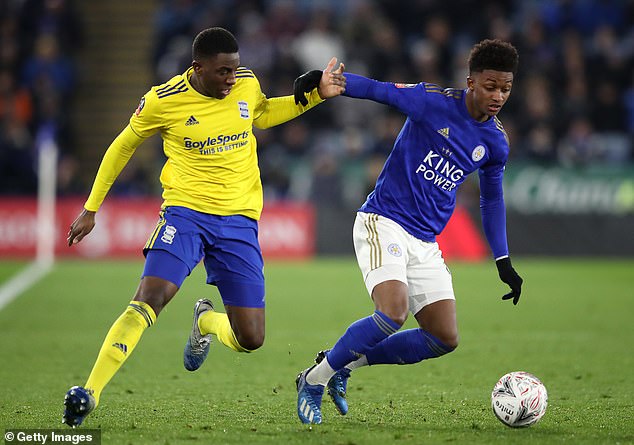 The Foxes kept knocking on the door and Iheanacho had the ball in the net in the 74th minute after being sent through by Maddison, only for the effort to be ruled out for offside.

The decisive moment came eight minutes from full-time. Chilwell, who had a good game, crossed from the left, Albrighton lifted the ball back into the middle and Pereira produced a precise header into the far corner.

In stoppage time, Birmingham almost levelled it when Soyuncu’s headed clearance from substitute Jefferson Montero’s cross fell to Dean, only for Chilwell to produce an outstanding block.