Jurgen Klopp has warned Liverpool’s rivals that his club are just getting started as he explained why he performed a U-turn to sign a contract extension.

The German extended his terms on Thursday to June 2026, having indicated as recently as March 5 that he was going to walk away in two years. Klopp says he is full of energy once again and can see nothing but good times on the horizon for his squad.

It was intriguing to hear Klopp talking so candidly on Friday as, at times when he was mapping his ambitions, it felt like he was making a sales pitch to potential new signings – and, perhaps, those within his squad who are yet to sign new deals. 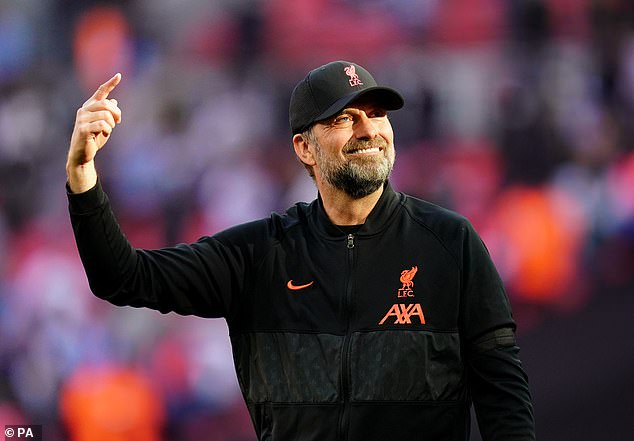 Liverpool have been tracking Monaco’s Aurelien Tchouameni- who is also in Real Madrid’s sights – while they continue to be linked with the significantly more expensive Jude Bellingham from Borussia Dortmund; a midfielder is certainly high on Klopp’s wanted list this summer.

A more immediate concern is Saturday afternoon’s clash at Newcastle – when Liverpool could, potentially, take a temporary lead at the top of the table – but whatever happens between now and the end of campaign, Klopp is excited about what is in store.

‘I realise that people are happy about (me signing) and that’s good,’ said Klopp. ‘I’m very happy about it as well. It’s for me, in this moment in time, it is the place to be. This club offers a lot. We are building a new stand again, it’s a sign that we never stop trying to develop the situation. 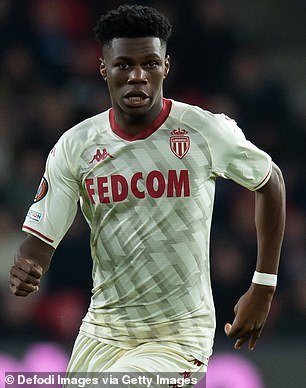 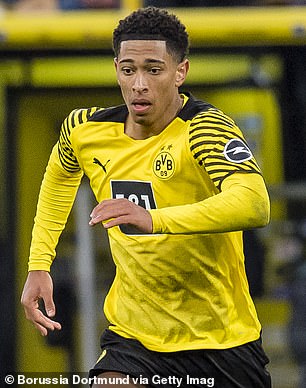 ‘We have a team in the best age group, but, time is running, that’s how it is. We have to do a couple of things. We don’t think about changing the team in the next two or three years or whatever, but you have to prepare the little things so that you are ready for the future as well.

Many will wonder whether Mohamed Salah and Sadio Mane – both out of contract in 2023 – will be influenced by Klopp’s decision but he said: ‘That is more a question for the boys, what it exactly means for them but all fine, my relationship with them is great.’