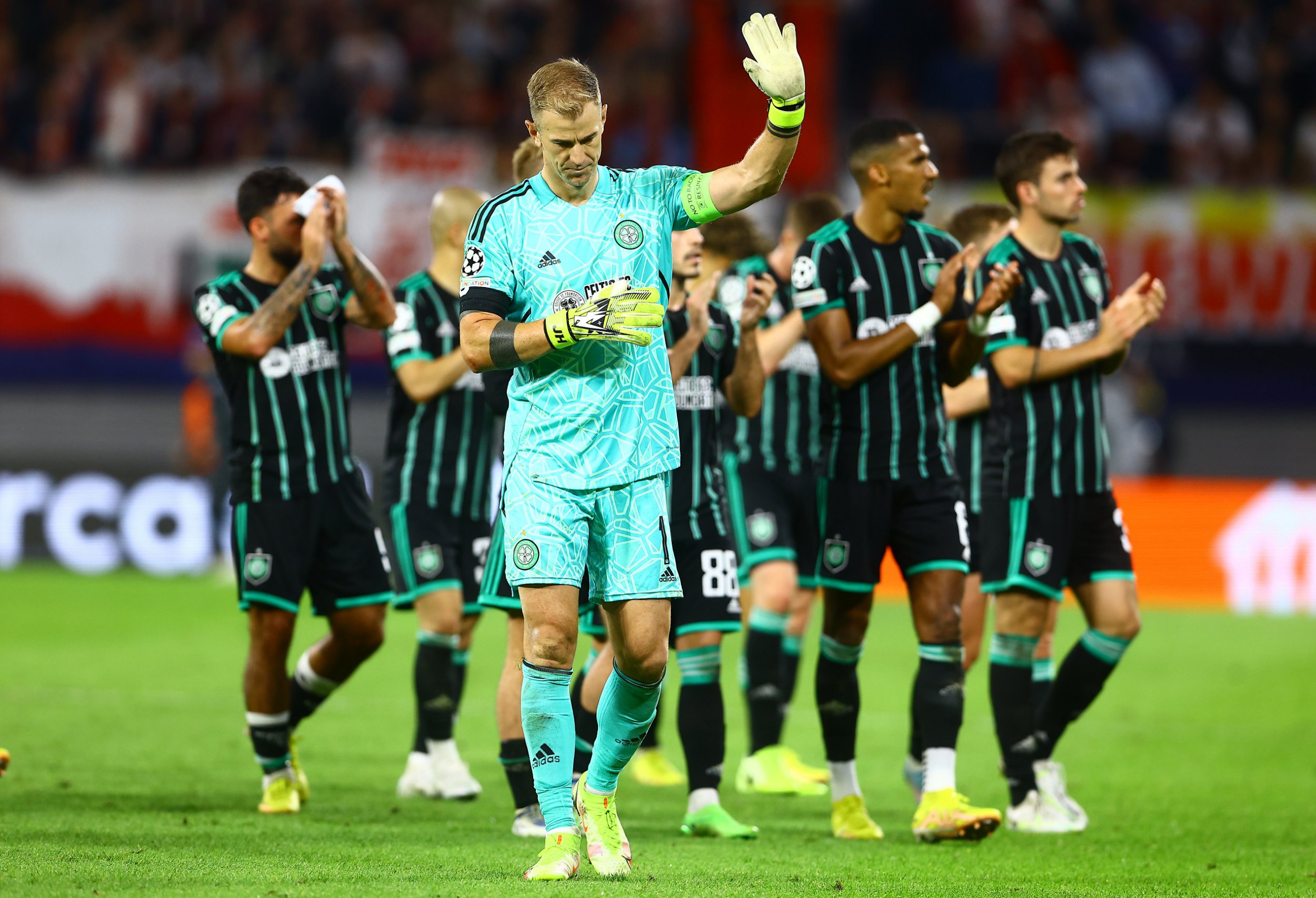 Joe Hart admits he was at fault in Celtic’s defeat to RB Leipzig but believes his wayward pass was a consequence of Ange Postecoglou’s tactical instructions.

The Scottish champions have a mountain to climb if they want to progress from Group F as their 3-1 loss to Leipzig has left them bottom of the table with just a point after three games.

Jota had cancelled out Christopher Nkunku’s opener to pull Celtic level but an stray pass from Hart led to Andre Silva scoring the first of his two goals to seal the win for Leipzig.

‘I’m at fault for the second goal, no doubt about it,’ Hart said after the defeat.

‘But that’s the way the manager wants us to play so that’s the the way we play.

‘Sometimes it’s going to hurt us but ultimately, most of the time, as we proved tonight we got through the press and gave ourselves a real opportunity to score goals.

‘They were pressing with three and I wasn’t quite sure whether to go to the centre half or Greg. I decided to go for Greg and I missed. That’s the simple facts but it’s high level football and something I love playing and you make a mistake and you get punished.

‘We’re not going back down. We’re here to try and do something special and we’ll continue doing that. It was a good game. Two teams playing good football and we came unstuck more than they did. Big moments, a lot of pressure.

‘We have two big games at home in a row which we believe if we play to our potential we can win and the group will look different.’