‘Keepers are human beings, NOT robots’: Joe Cole leaps to the defence of Edouard Mendy after horror show at West Ham saw Chelsea’s No 1 concede a penalty and get beaten by a cross for the winner

Joe Cole has stoutly defended Edouard Mendy after the Chelsea goalkeeper made two crucial mistakes in a 3-2 defeat against rivals West Ham.

The Senegalese goalkeeper dallied on the ball before giving away a penalty for a foul on Jarrod Bowen – scored by Manuel Lanzini – before Arthur Masuaku’s unusual late attempt sailed past him to decide the game with three minutes left.

But former Blues star Cole insisted the winner was a ‘freak goal’ and that you ‘could not blame’ Mendy for the errors. 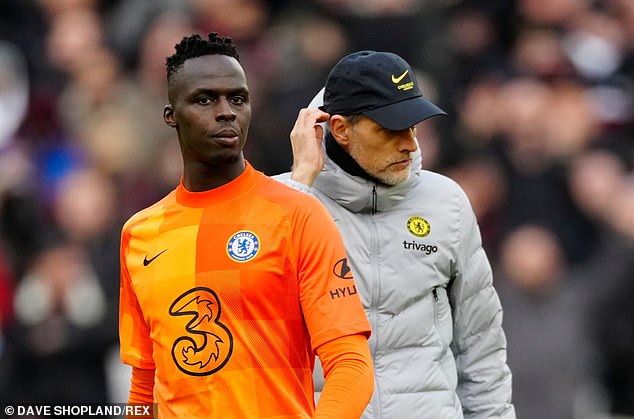 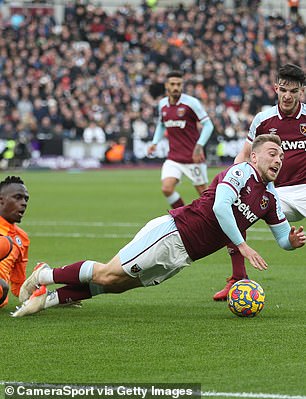 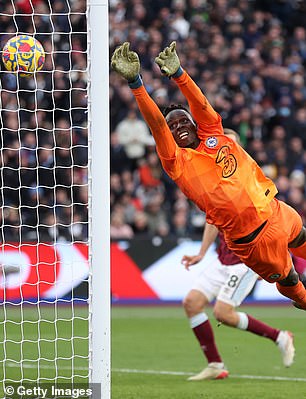 He said: ‘Mendy was at fault for the penalty. That was a freak of a goal. You can’t blame him. He’s been outstanding for such a long time.

‘Goalkeepers are human beings, not robots. It would take something like that to beat this Chelsea team – a world-class goal or something out of the ordinary.’

After Gianfranco Zola insisted Masuaku’s winner was ‘definitely’ meant as a cross, fellow pundit Rio Ferdinand added: ‘It doesn’t matter, does it? (Was there a deflection?) I don’t know. 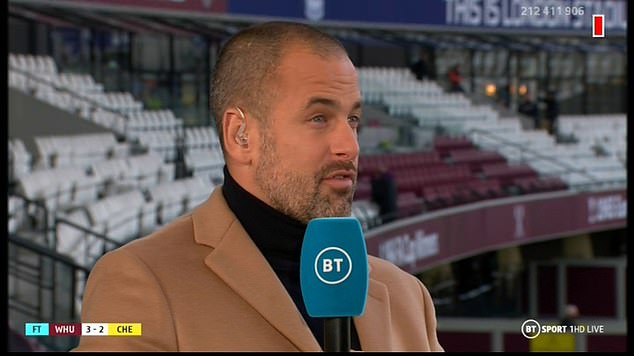 ‘The run is what makes it from Antonio. He just gets that yard. He doesn’t catch it well from there. There’s no way he comes out of the changing room after and tries to tell us he meant that.’

Lanzini’s successful spot-kick was the equaliser after Thiago Silva had opened the scoring from a set-piece. Although Mason Mount gave the visitors the lead again just before half time, Bowen and Masuaku netted to hand the Hammers three points.

The result could see Thomas Tuchel’s side overtaken by Liverpool or Manchester City, with both title challengers playing later on Saturday against Wolves and Watford respectively.