Liverpool legend Jamie Carragher says Jurgen Klopp will be most worried about his side’s performance rather than the result against Watford on Saturday. Liverpool suffered their first Premier League defeat of the season at Vicarage Road. Two goals from Ismaila Sarr and a third from Troy Deeney sealed a shock 3-0 victory for Nigel Pearson’s side.

Liverpool are still running away with the Premier League title as they sit 22 points clear at the top of the table.

However, they fell six games short of beating Arsenal’s English league record of 49 games unbeaten, as well as failing to match the Gunners’ feat of going a whole campaign unbeaten. 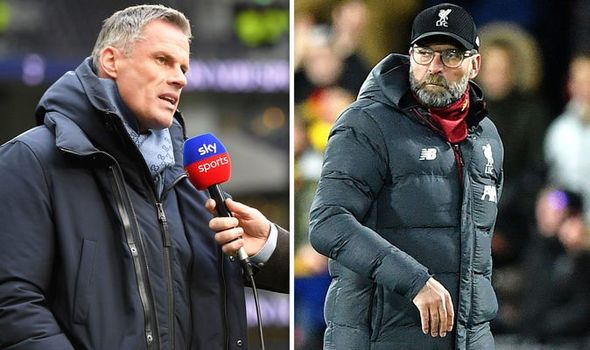 But he reckons it is the performance that is most concerning for Liverpool boss Klopp.

“Listen, [a defeat] was bound to happen at some stage I think,” Carragher said on Goals on Sunday.

“There’s a lot of rejoicing today from a Mr Neville, popping champagne, getting too carried away as you’d expect.

“But no I can understand Arsenal fans are delighted as well that that saves the Invincibles record.

“But I think the title’s been won for possibly a couple of months actually, it’s just when Liverpool are going to win it.

“There was a lot of hope from Liverpool fans that it would actually be here at Goodison Park in a couple of weeks but I think that result yesterday puts that to bed now and we may have to wait until the Etihad and the Man City game.

“No [I didn’t see the result coming], listen it’s a massive shock, I think that’s why there was such a reaction afterwards really.

“It wasn’t the result, it was the performance more than anything. 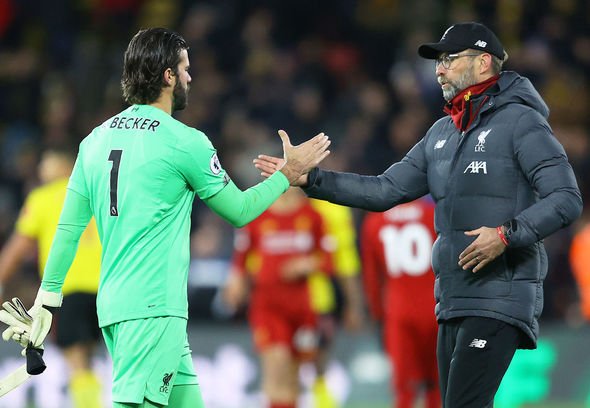 “Playing in the Premier League you can go anywhere and lose 1-0 and it doesn’t go great or you’re a little bit unfortunate.

“But I think yesterday Watford thoroughly deserved the result and were well worth 3-0 as well. So it wasn’t the result, I think the performance will worry Jurgen Klopp more than the result.”

But after the match Klopp said the performance from his side was not a shock.

The German said: “I am not surprised by the performance because it would mean I have never seen something like that before – and I have seen it a lot of times.