Insigne 'will join Toronto FC in the summer' after leaving Napoli

Lorenzo Insigne has agreed a stunning £9million-per-year deal to join Toronto in MLS this summer after the expiry of his Napoli contract.

The Italy forward has spent his whole senior career on the books of the Naples outfit where he made his debut back in 2010 having come through their youth system.

But according to the Guardian, he is now ready to walk away from Serie A at the age of 30 to move to Canada after agreeing a lengthy deal which will come to an end at the end of 2027. 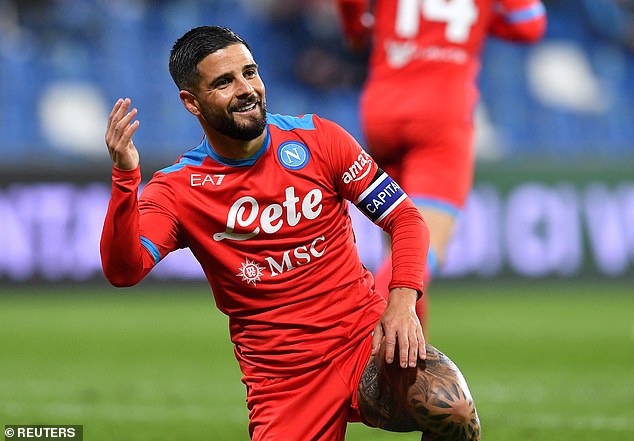 On top of his £9million-per-year contract, the Italy forward could also earn a potential extra £4million in add-ons.

Although the deal is yet to be confirmed by either club, full confirmation is expected to be announced this week.

Napoli fans will be sad to see the departure of a club legend who has scored 114 goals in over 400 games for the Serie A side. 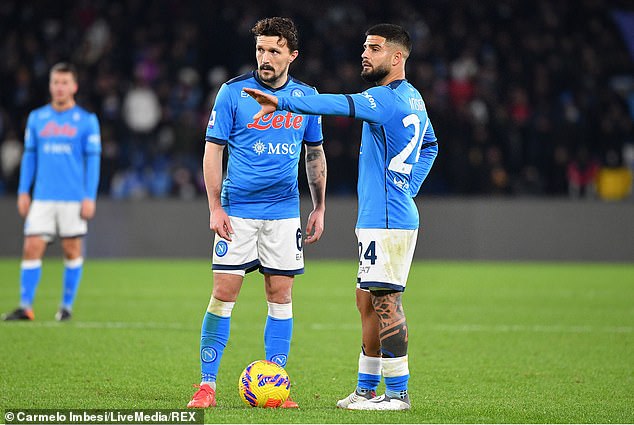 Insigne had been unable to agree a new contract with Napoli, but his decision to move to MLS has left many bemused including his former agent Antonio Ottaiano.

‘It’s a lifestyle choice more than a career one,’ Ottaiano told Radio Marte.

‘A decision like this means playing a very different type of sport. It’s exhibition football, not a proper competition.

‘We’d need to see what his priorities are, who he is getting advice from.

‘Naturally, we Italians struggle to understand a move like this, yet [Sebastian] Giovinco did it. Only those who are in this situation can understand how much the salary pushes them to accept or not.’

It would be quite a move by Insigne given he has spent his entire professional career signed with Napoli – with loan spells at Cavese, Foggia and Pescara his only experience at other sides. 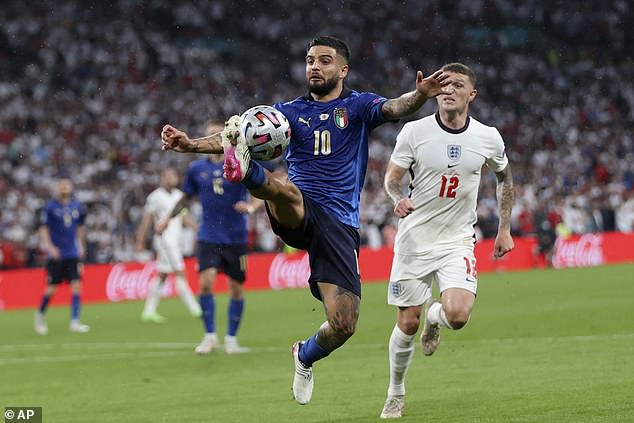