IAN HERBERT: Qatar will feel it staged a World Cup without calamity

IAN HERBERT: It was Messi and Mbappe – not their Qatari paymasters – who gave us something to cherish. We depart with no sentiment, affection or intent to return to the bland, soulless, faceless state. But they won’t care about that one bit

At the end of it all, the Emir of Qatar dressed Lionel Messi in a flimsy black robe, which seemed to be the ultimate emblem of how a host nation whose own side were so abysmal have claimed him as one of their own.

The man in question, crowned player of a tournament which seemed to have been staged for him at times, looked nonplussed but he just agreed to this global photoshoot and went off to look for the World Cup. He took the cloak off after he’d lifted it up.

The Qataris have long since purchased both Messi and Kylian Mbappe, parts of their assembled possession at PSG, so even at a World Cup final, this unfathomably wealthy speck in the desert knew it could claim a winner. Both contributed so richly to a final for the ages. 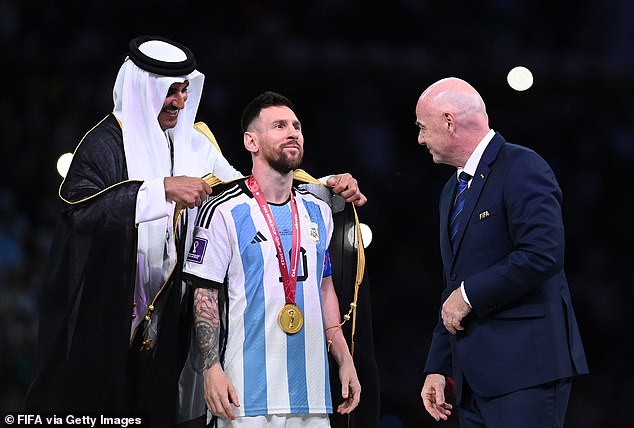 At the end, the Emir embraced Gianni Infantino, Qatar’s cheerleader-in-chief here, who can now expect all the riches of a life in Doha, which he has made his home. There were extremely precarious moments before this final – crowds swarming on the Metro stations in dangerous numbers – but Qatar will feel it has pulled off staging a World Cup without calamity, having tidied away anything remotely threatening its own facade of cleanliness and perfection.

When a Filipino fork lift truck driver became the first of two people to die during the process of putting on this show, Qatari organising committee chief Nasser Al Khater said it should not be a topic for a press conference. ‘Death is a natural part of life,’ he said. ‘We’re a bit disappointed that the journalists have been exacerbating this false narrative (about) workers’ deaths.’

When it became clear that the ‘security’ force pulled together for the tournament could not cope with fans the numbers of exuberant fans from Morocco – the nation Qataris appropriated when their own team bombed out – Qatar instructed that country’s national airline to cancel all flights schedule to bring fans to the semi-final. 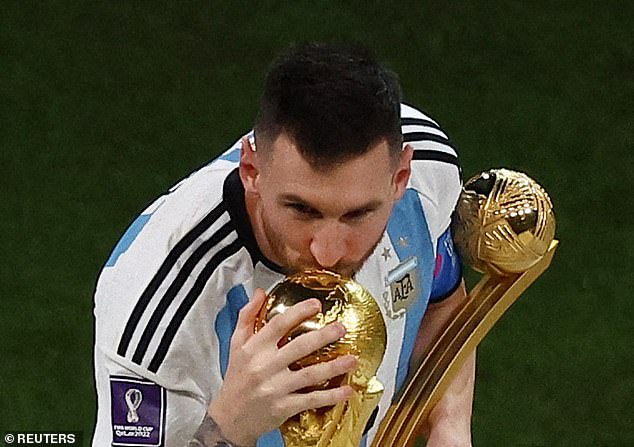 There was no explanation for that. Just as there was none, beyond 100 words of bland PR-speak, when Sportsmail’s Kathryn Batte, our on-the-ground reporter here, asked why Moroccan fans with tickets were being turned away from the Spain quarter final.

The ‘optics’, as the PR people like to call it, of Al Khater’s cool indifference to the death of the Filipino driver was despicable, though it has become quite clear that the Qataris could not care less if the western journalists see it that way.

How the rest of Middle East views this Qatar is all that has mattered to the hosts. Carving out a separate space in the region which creates a sense of prestige, influence and identity in the face of larger, assertive neighbours – Saudi Arabia, UAE, Bahrain and Egypt – who have been irritated by this fledgling nation’s largesse and ambition. 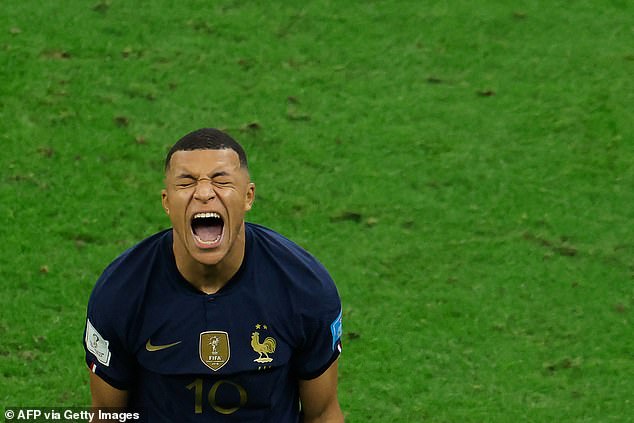 When Russia and Brazil staged the previous two tournaments, there was something human at play. A wish from the people of those countries to welcome the world and speak of their lands.

Not so the Qataris. On the walk up to a final this country has waited 12 years to host, it was migrant Africans and South Asians workers holding the foam fingers, smiling and extending a welcome. Some of them, understandably, do not command English, so some of the megaphones they held had messages playing on continuous loop. At one spot, the pretence was abandoned. A microphone enthusiastically declaring ‘Stadium this way; Metro that way’ was placed on the sand.

These greeters, in their turquoise ‘Event Team’ tops, were migrants, flown in from Kathmandu Kerala and all points east. A group at one Metro station yesterday described how they would be flying home this week, at the end of a two-month contract to work ten-hour shifts. Their salary? ‘We are not allowed to say,’ said one, a web designer from Nepal. 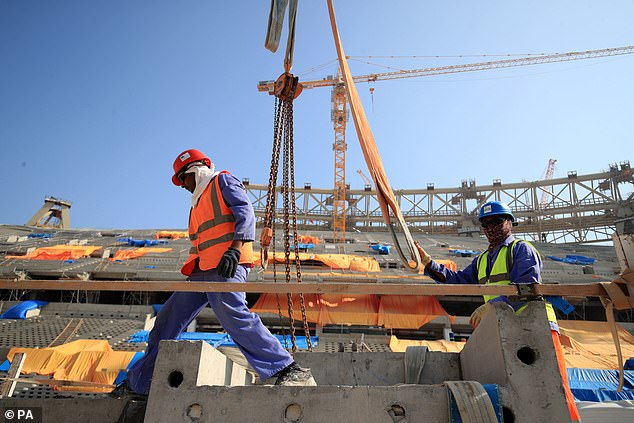 It was the last day, too, for migrant ‘tournament security force’ workers on the Lusail approach, several of whom were planning to returning to work as helicopter admin staff at a local military base. These were the ones left to enforce a Qatari rule-book which included turning away fans who had the temerity to wear so much as a rainbow wrist band.

The American journalist Grant Wahl, whose death while reporting on the Netherlands v Argentina quarter final will always remain with those present that night, had told me how conflicted he felt when this immigrant workforce tried to prevent him getting into the Wales v England match with a rainbow T-shirt. It was the Qataris Grant had wanted to challenge, not the subordinates of this grossly stratified society. But they were nowhere to be found.

So much of what we have seen has been surface gloss and so little of it has been what it seemed, from the inflated attendances, to the fake fans and the fan villages, still under construction a week after the tournament started. It was for others – the Albiceleste entourage and the exuberant Moroccans – to bring this pageant to life. 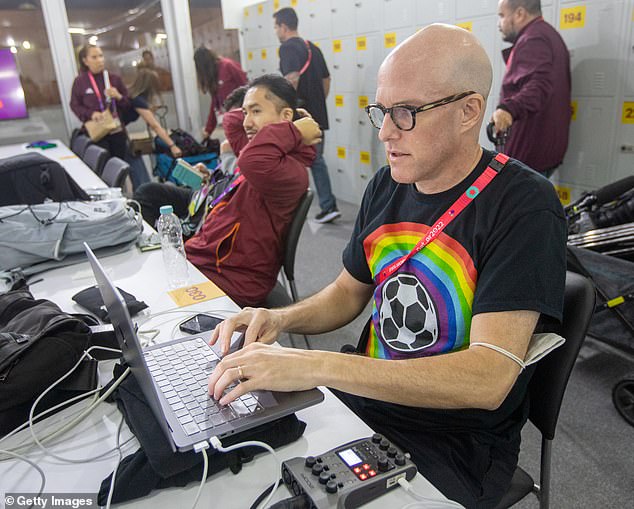 Qatar wants us to remember its grand statements of wealth, like the ‘Lusail Bouelvard’ where some arriving early for the final were being directed to by the megaphones and the foam fingers yesterday. It’s part of what they are calling the Lusail ‘City of the Future’ – a promenade of glittering high rise buildings with no obvious purpose, culminating in a metallic shark sculpture, suspended from two skyscrapers.

Wandering the lengths of it yesterday, it was hard not to think of Nirmala Pakhrin, in a village six hours west of Kathmandu, whose 27-year-old husband had set out here to work on the World Cup and died for reasons that have never been adequately explained. When she asked Qatar if there might be some compensation to help her and their son, she received an 800-word reply from Supreme Committee General Secretary Hassan Al Thawadi which can be summed up in one word. No.

It was Messi and Mbappe – not their Qatari paymasters – who gave us something to cherish here last night. We depart with no sentiment, affection or intent on returning to the bland, soulless, faceless state in the desert. But they won’t care about that one bit.