Crystal Palace winger Malcolm Ebiowei is the subject of discussions with Hull City over a loan move.

Ebiowei, 19, joined the Eagles last summer and has made three appearances for Patrick Vieira’s side so far this season.

His most notable involvement so far was missing a penalty which saw Crystal Palace crash out of the Carabao Cup at the hands of Newcastle. 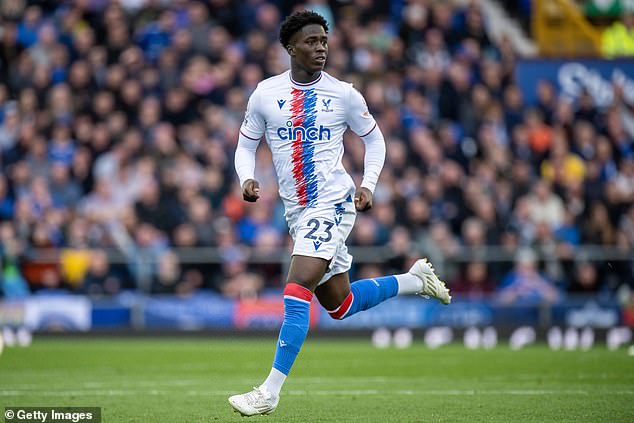 Hull City’s boss Liam Rosenior, who took over at the club last summer, knows Ebiowei well from their time together at Derby County.

Rosenior took over from Wayne Rooney as interim boss after the former Manchester United forward left his post after months of crisis relating to the club’s takeover and financial plight during the summer.

The current Hull boss left Derby when the club settled on Paul Warne to take them forward, overlooking Rosenior for the post in September last year.

He has been open about Hull’s intentions to bring players in this month. 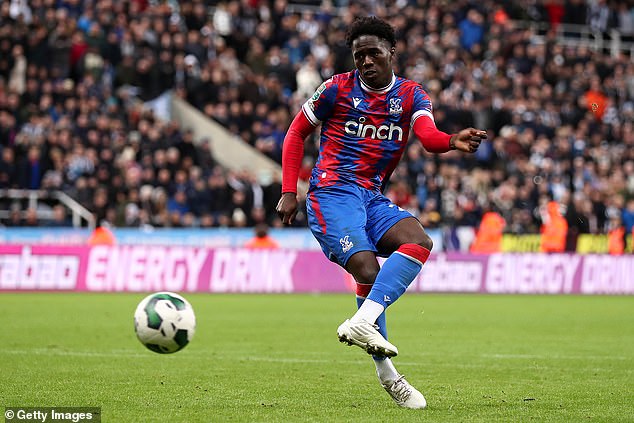 Asked about Ebiowei, Rosenior responded: ‘Who knows. We’re interested. Malcolm is a player I’ve worked with before but at the moment, there’s no clarity or nothing new has happened there.’

He had previously admitted to being keen on Ebiowei and Aaron Connolly, who the club have confirmed has arrived on loan from Brighton.

‘They are two players who I really like, two players I think the fans will be excited by when they see them play,’ he said.

‘I want players who can score goals and create and that’s something we wanted to address and hopefully we get those two lads done sooner rather than later.’