Hugo Lloris: Olivier Giroud is an 'example' to follow after France win

France captain Hugo Lloris revealed his delight that Olivier Giroud equalled Thierry Henry’s goalscoring record for France with an important double in their World Cup opener against Australia on Tuesday.

‘Olivier deserves a lot of credit,’ he added. ‘He is an example in football to never give up. The last few months he was in and he was out of the team, but he never lost focus and it is important.

‘It is a big achievement to equal Thierry Henry and I hope he will go ahead of him. For all the team, it is a good start and for the striker two goals is great.’ 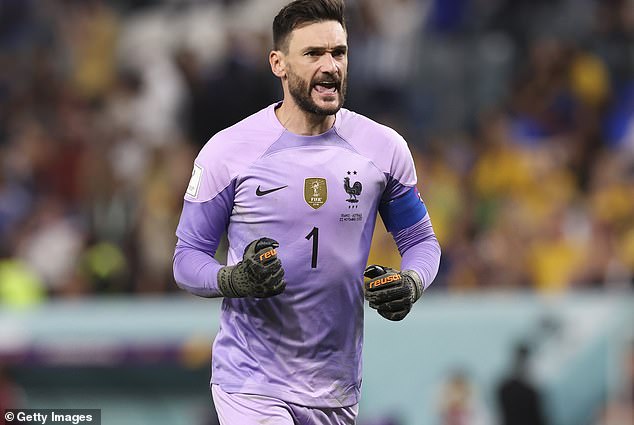 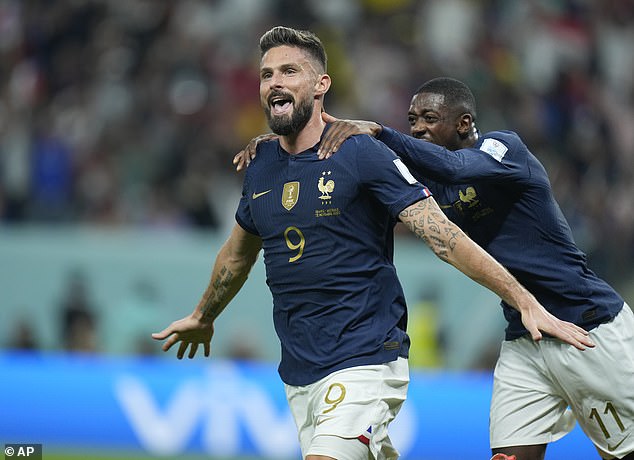 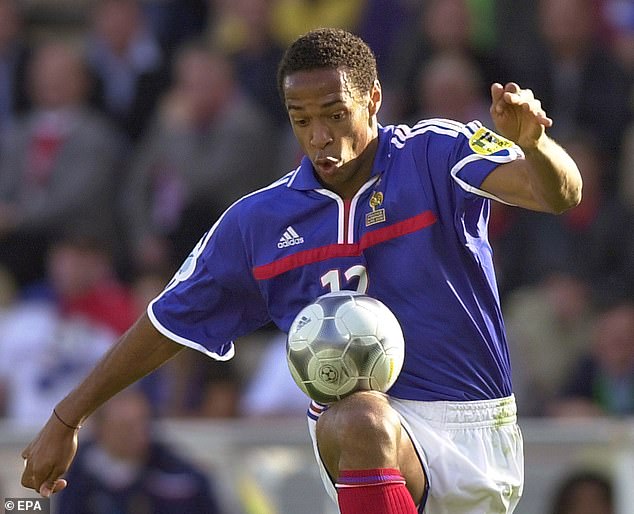 Lloris also praised his side for keeping their cool and responding well after the shock of going behind to group outsiders Australia on Tuesday night, eventually running out 4-1 winners.

The Tottenham goalkeeper said: ‘We have to credit the good reaction and we stepped up and started to control the game.

‘We can be pleased with the performance but we know we have to improve game by game.

‘The key was to stay cool after going behind. We have a lot of young players but we have some with experience, so we have a good mix and we can feel it on the pitch.

‘It is one very good step into this World Cup and now we are going to focus on preparing for Denmark (on Saturday).’ 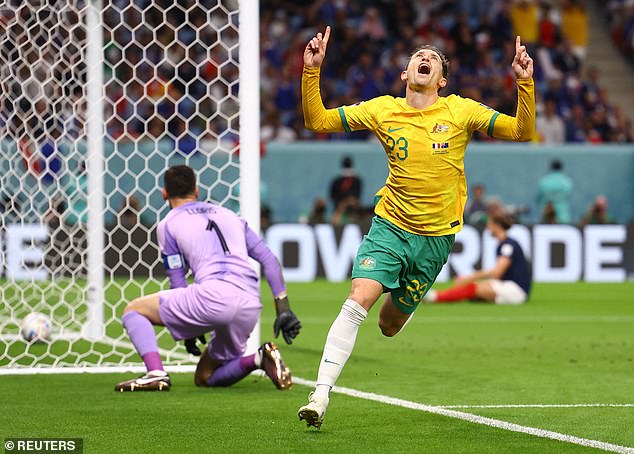 Craig Goodwin, who gave Australia a surprise lead, said: ‘It all started so well. When you make small mistakes against top teams, they take all their chances. But it’s an honour to represent my country and score.

‘The diagonal ball to then put a ball in, we worked on those moments. I pray for those moments, and when it came I tried to make good contact, lift the ball, and put it towards goal.

‘It was a really joyous moment and something I cherish. We have two games to go and we have to focus on them. We can do great things.’