Home » Soccer » How Klopp can restore Liverpool's confidence against Rangers

How Klopp can restore Liverpool's confidence against Rangers

With Manchester City looking in ominously ruthless form and the likes of Arsenal and Tottenham refreshed and revitalised, Jurgen Klopp’s team are in real danger of being left behind.

Saturday’s helter-skelter 3-3 draw with Brighton – the fifth time they have dropped points in seven Premier League games so far – sees them languishing down in ninth place. 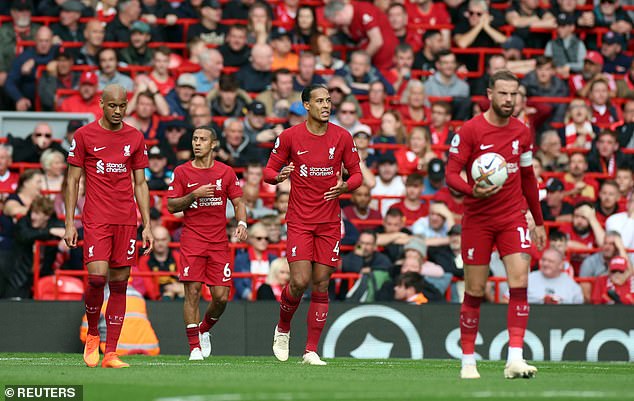 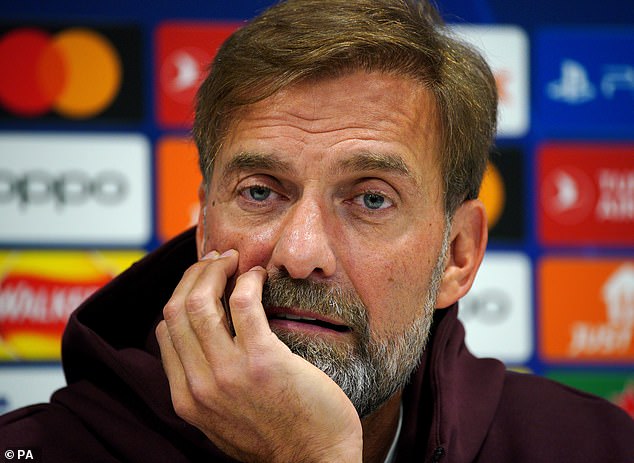 There have been alarm bells in the Champions League as well. That 4-1 hammering in Napoli at the beginning of the group phase suggesting defensive deficiencies we always knew were there are now becoming a chronic problem.

The Reds recovered from that with a 2-1 home win over Ajax but the upcoming double header with Rangers – at Anfield on Tuesday night and Ibrox next Wednesday – will give us plenty of clues over whether last season’s finalists can compete in Europe this time around.

While Rangers have endured a baptism of fire on their Champions League return, shipping seven goals against Ajax and Napoli in their first two group games, they will come to Merseyside knowing there are weaknesses to exploit.

No doubt Klopp will have been agonising over how to put things right for several weeks now, but here are a few changes that could help them avoid further damage against Rangers. 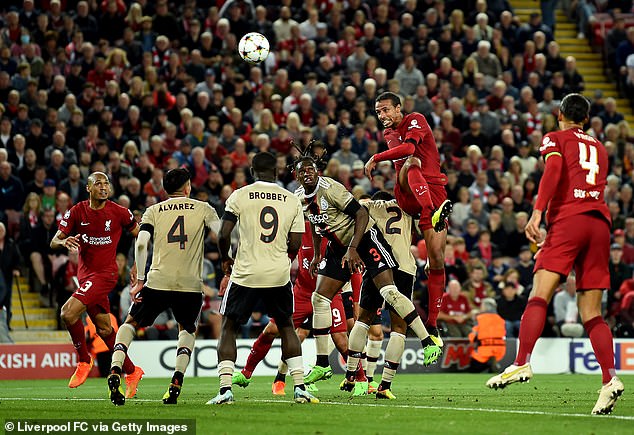 Klopp is considering a change of system for Tuesday night’s game, which is as clear an indication as you’ll get of his concern.

It’s always been a 4-3-3 for him, a shape that has facilitated the potency of his forward line and the intense pressing game he demands.

Given the ease with which Brighton – and many others of late – have exposed Liverpool at the back, he might consider playing three centre-halves, four in midfield and three in attack. 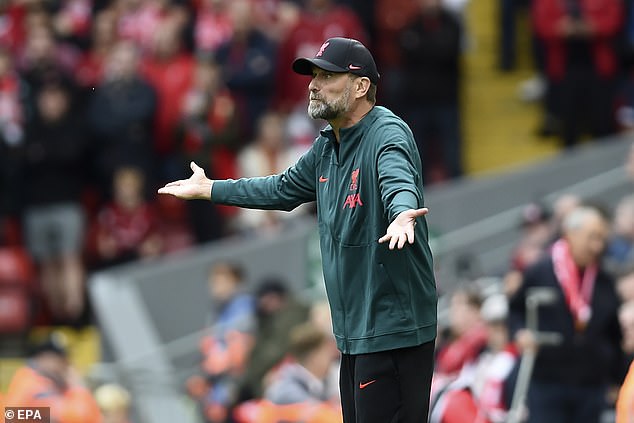 That would allow the much-maligned Trent Alexander-Arnold to concentrate more on his attacking duties than defending.

However, adjusting to such a formation takes work on the training ground and such a drastic switch could only add to the damage with players not fully understanding their roles.

A more minor alteration to a 4-2-3-1 would allow the addition of another attacking player, with Darwin Nunez leading the forward line with Diogo Jota behind him and Mohamed Salah and Luis Diaz on the wings.

The goals will come for Nunez

While Erling Haaland bangs in the goals for City, Liverpool’s own big money striker has endured a rather frustrating start to life in England.

Darwin Nunez, complete with his £85million price tag, made a blistering start with goals against City in the Community Shield and then Fulham in the season opener.

But the Uruguayan’s brainless headbutt on Joachim Andersen in the draw with Crystal Palace set him back. Not only in terms of the three-game suspension but in terms of Klopp’s trust. 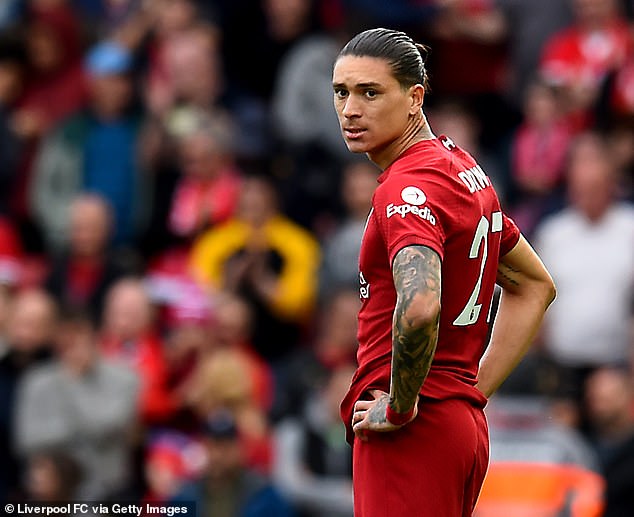 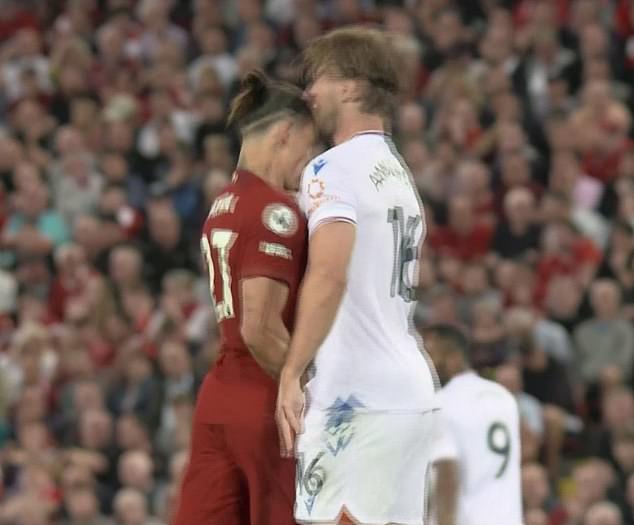 Though he started the Merseyside derby, he was used only off the bench in the two opening Champions League games and against Brighton.

But after Klopp and assistant Pep Lijnders sat down with Nunez on Sunday to provide a confidence boost, he is likely to start up front against Rangers.

The Scottish side are certainly fallible defensively, as has been seen in Europe and in their 4-0 Old Firm hammering by Celtic, and Nunez could easily bully them, restoring his confidence in a stroke.

Trust in Trent to get the better of Kent

Every single opponent Liverpool face are now looking to get the better of Alexander-Arnold, whose poor form has been well documented.

It certainly worked for Brighton at the weekend and Giovanni van Bronckhorst will fancy that Ryan Kent, a former Liverpool player, can capitalise down that side.

Klopp will feel a temptation to take Alexander-Arnold out of the firing line, perhaps replacing him with Joe Gomez, but you could also argue that the right-back needs games to sort things out. 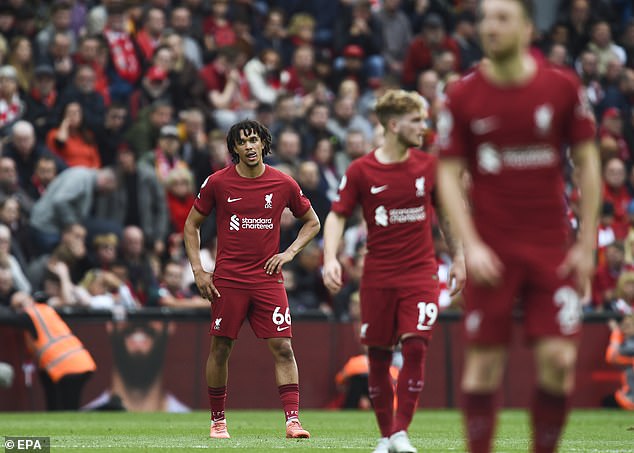 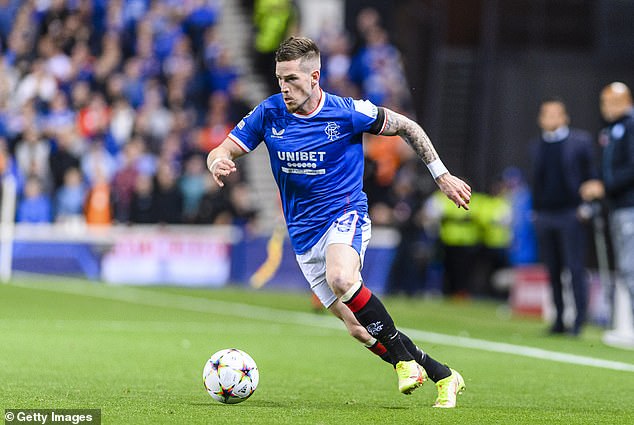 For one thing, Liverpool should have more than enough going forward to beat Rangers comfortably so Alexander-Arnold can either concentrate more on his duel with Kent.

Or he can push forward willingly knowing that his crossing and passing will cause a fair share of damage, with a bit more time to recover than against a Premier League opponent.

A solid night’s work will do Alexander-Arnold a world of good, rather than him fretting on the bench over when he’ll get his place back.

Even in such a troubled start to the campaign, there have been some positives.

19-year-old Harvey Elliott has excelled in Liverpool’s midfield and there’s no reason why he can’t be a fixture there for the next decade.

His youthful energy and confidence are just what Liverpool need at the moment. Talented teenage players can be unburdened by all the negativity swirling around a club and lift the mood. 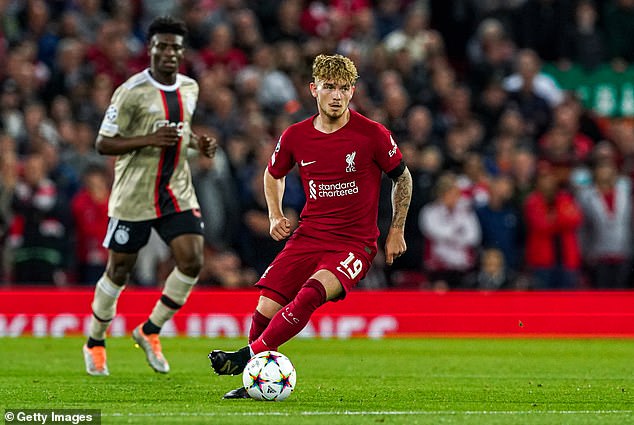 Harvey Elliott, 19, has provided some energy to Liverpool’s midfield and is a rare positive

Klopp obviously sees Elliott as a special talent, starting him in both Champions League games and five of seven in the Premier League to date this season.

Nights such as Tuesday, a ‘Battle of Britain’ clash in a febrile Anfield atmosphere, are a great part of the learning curve for Elliott.

If Klopp does opt for a midfield two, he should pair Elliott with Fabinho or Jordan Henderson. The kid is one of the few players in form, so why would you leave him out?

Shift the burden off Salah

By his own high standards, it hasn’t been the greatest start to the season for Mohamed Salah, who looked off-colour in the draw with Brighton.

It’s very possible he is missing that intuitive link-up with Sadio Mane, who left for Bayern Munich in the summer and that an understanding with newcomers Nunez and Fabio Carvalho will take time.

In the same way as Nunez, perhaps Salah needs a heart-to-heart and some reassuring words because he is simply too good to be quiet for long. 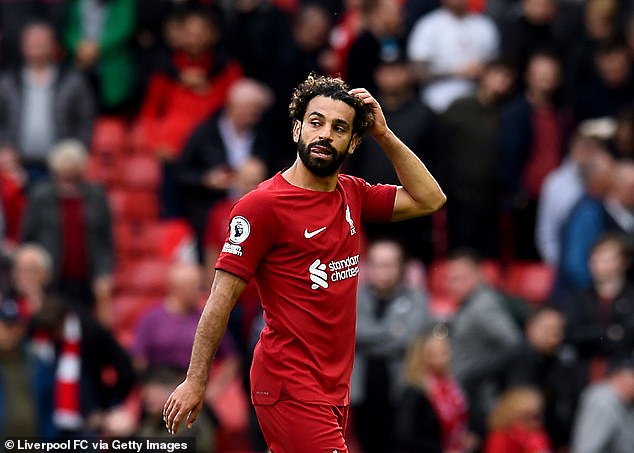 Salah hasn’t been getting in the optimal positions to make an impact in too many games but maybe when Klopp plays his usual 4-3-3, Salah should play down the middle rather than on the right.

Alternatively, if he lines up alongside Nunez, Jota and Diaz in a 4-2-3-1, there will be more team-mates to share the scoring and attacking burden.

Salah would pick up plenty of loose balls in the box and rebounds, simply through his instinct to be in the right place at the right time.

Tuesday night against Rangers could well see those opportunities come his way. A goal or two and all the problems of the opening weeks of the season will be quickly forgotten.