LA Galaxy striker Javier Hernandez hilariously dunked host James Corden into a tank of water during his appearance on The Late Late Show on Wednesday.

The Mexican was appearing on the hit chat show alongside American singer Usher and Canadian actress Alison Pill.

All three guests took part in a game of target practice with a football, and on his third attempt Hernandez hit the required spot, dunking Corden into the water. 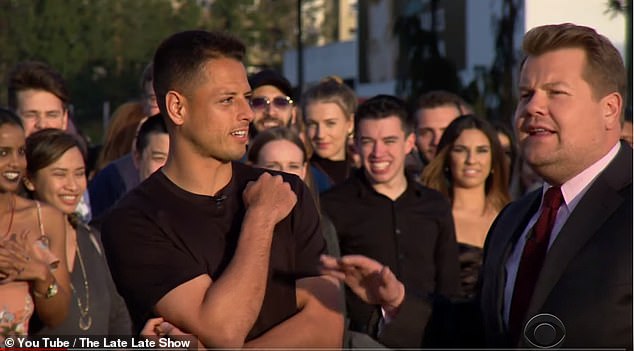 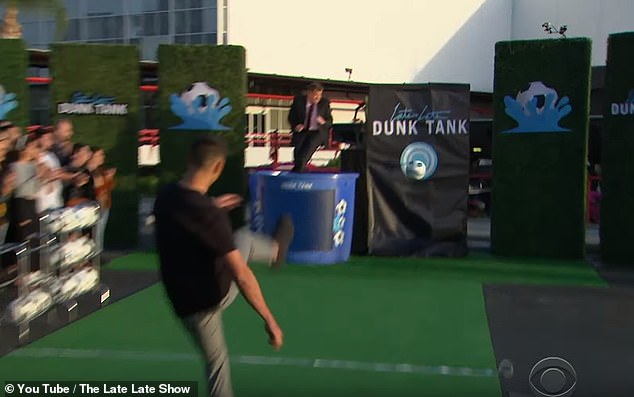 The LA Galaxy man hit the required target, dunking the show’s host into the tank full of water 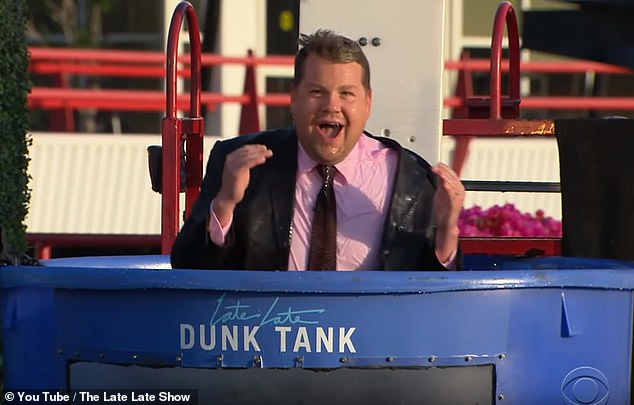 The scene had the show’s audience as well as the three guests in fits of laughter, and Corden took it in good humour too.

Hernandez, nicknamed Chicharito, was taking some time out to appear on Corden’s CBS show before the LA Galaxy host the Vancouver Whitecaps on Sunday. 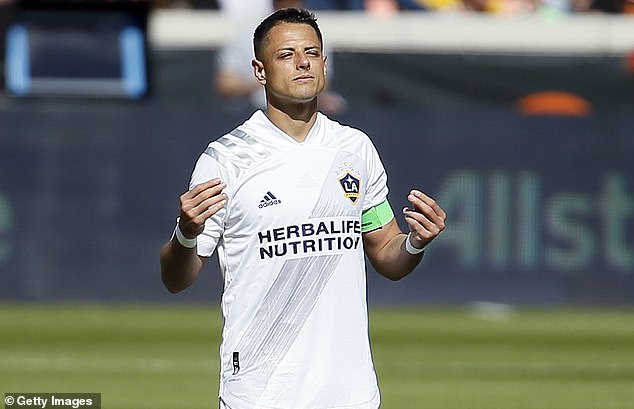 He became the highest-paid player in the MLS after joining Galaxy in January on a three-year deal worth £103,000-a-week, leaving La Liga club Sevilla.

The 31-year-old made his MLS debut on Saturday, playing 90 minutes as the Galaxy drew away at Houston Dynamo.

The former Manchester United and West Ham striker has come in to replace Zlatan Ibrahimovic as Galaxy’s marquee player, after the Swede left for AC Milan.