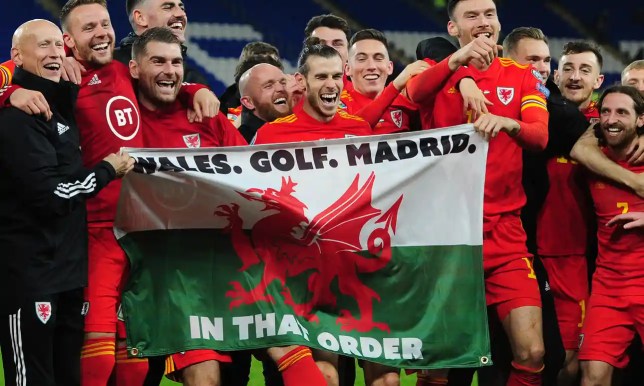 Manchester City manager Pep Guardiola says he is looking forward to finally playing a round of golf with Gareth Bale now that the iconic footballer is retired.

Bale announced his retirement from the game on Monday at the age of 33 after a highly successful and trophy laden career, which included five Champions Leagues.

The Tottenham, Real Madrid and Wales legend is considered one of the best British players of all-time, though at times was mocked by Real fans for seemingly spending more time on the golf course than the training ground.

Upon qualifying for Euro 2020, the forward was infamously given a Welsh flag with the phrase: ‘Wales. Golf. Madrid. In that order’ written on it.

Regardless of the truth behind Bale’s golf antics, it rarely affected his ability on the pitch, as he ends his career as his country’s all-time top goalscorer and appearance holder, who in his last act captained them to their first World Cup finals in 64 years.

Since his announcement, many of his former managers and teammates have been paying tribute to Bale and while Guardiola never coached him, he too shared his admiration for the player.

Asked in his pre-match press conference on Tuesday whether he ever tried to sign Bale, Guardiola responded: ‘[No] too expensive!

‘What a player. Fantastic career, won a lot of things. I think he represents Wales with more than 100 caps and now he can become a fantastic golf player!’

The Spaniard, himself a keen golfer, then admitted he had tried to play a round with Bale a few years back but had been turned down.

‘Playing golf with Gareth Bale? He was busy, maybe now he has time. I will invite him again!’

Among those to also thrown in a cheeky golf reference while wishing Bale best of luck in retirement was former Wales teammate and ex-Arsenal star Aaron Ramsey.

The midfielder wrote on Instagram: ‘Massive congratulations Gaz. What an amazing career you’ve had.

‘It’s been unbelievable playing alongside you over the years and so many special moments together in that welsh shirt! Time to be with your family and get that handicap down to scratch! All the best mate.’