‘He didn’t take his chance… there was no impact’: Rio Ferdinand laments Donny van de Beek’s lifeless display in Manchester United’s abject defeat at Aston Villa, as the Dutchman’s struggles go on

Rio Ferdinand has criticised Donny van de Beek for having ‘no impact’ and ‘not taking his chance’ during Manchester United’s 3-1 defeat to Aston Villa on Sunday.

The 25-year-old, who is growing out of favour at Old Trafford, failed to have much impact on the game after United went two goals down in a disappointing first half showing at Villa Park.

Former Man United centre-back, Ferdinand, took aim at the Dutchman’s lifeless performance during the match, with the midfielder failing to take advantage of the opportunity given to him by Erik Ten Hag, after struggling to get game time this season. 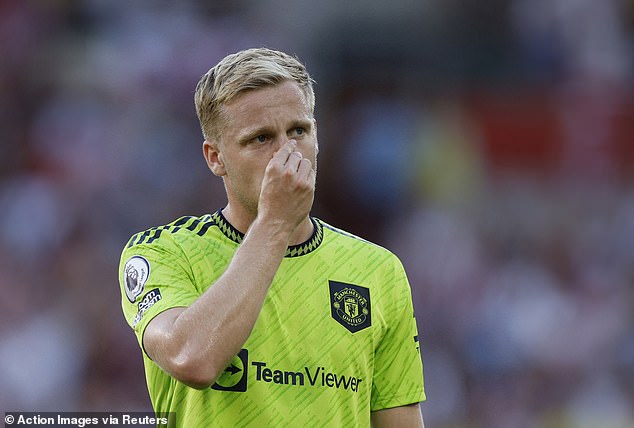 Speaking on his YouTube channel about the Man United midfielder, the 44-year-old said: ‘The manager knows him, the manager knows what he has got hidden under his bonnet and what he is capable of.

‘He has not come anywhere near doing that while he’s been at Manchester United or in England for that matter. He hasn’t.

‘You get him in and around the box this guy can finish. The problem with the way he’s being deployed at Man United is he doesn’t get in the box, he doesn’t get the opportunities to get in there to show the best parts of his game.

‘He just hasn’t been able to find rhythm, momentum, or form, in a Man United shirt. The performance we saw wasn’t anything different to what we’ve seen at United, no impact.’ 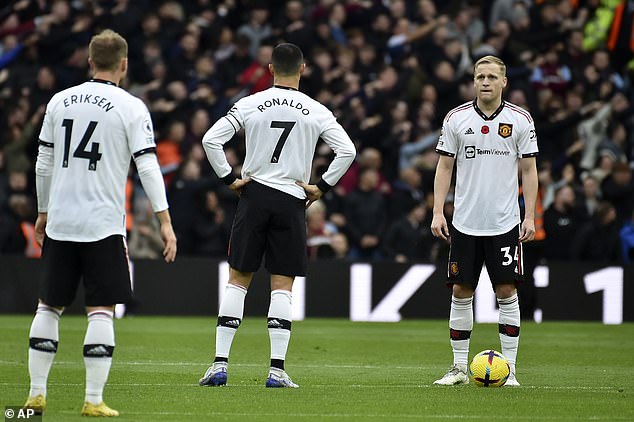 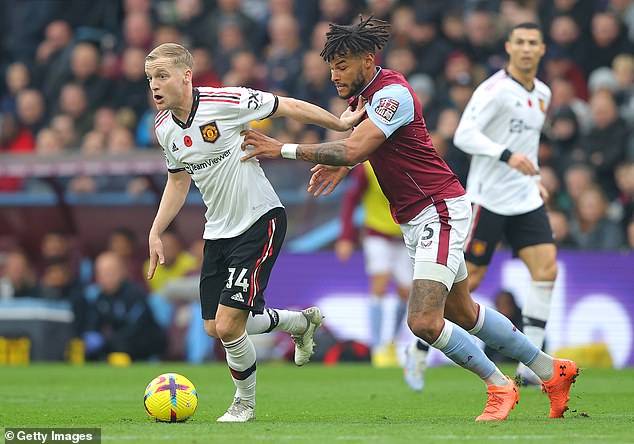 That rhythm has been largely stunted by a soft tissue injury that has kept him out of the side for most of the season.

The Dutch star has struggled with numerous injuries over the past few years, missing the back end of last season where he was on loan at Everton with a thigh injury.

Now omitted from the Dutch national side’s World Cup squad, questions are starting to rise over his future at United, with other clubs around Europe, including Valencia, sniffing at his availability. 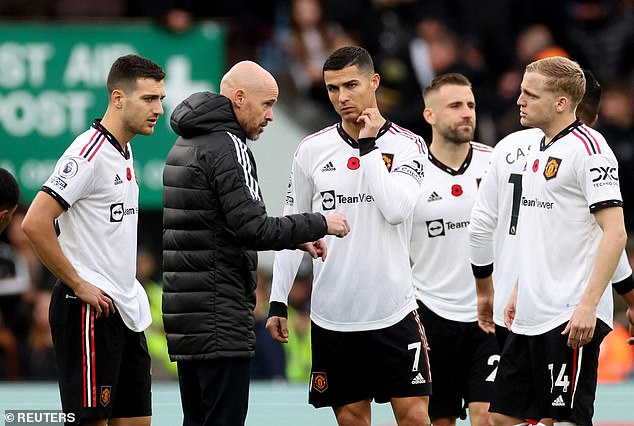 His compatriot, Ten Hag has also said he’s ‘not ready to give up on the midfielder just yet’, but for Ferdinand, the young star missed his chance to impress this weekend.

‘I think you’ve got to give players a chance. He’s [Ten Hag] has got to work out who he wants to keep in his squad.

‘He’s got to find out about these players, so if this week was the week to do it then so be it. We got beat but I don’t think the result is all down to Donny van de Beek.

‘But as we all know this is a cutthroat game. You’ve got to take your chances with both hands when they come cause you’re not going to get loads and unfortunately this week he didn’t take his chance. Now it’s up to the manager when he gets other chances.’