Kane’s penalty cancelled-out James Ward-Prowse’s stunning Saints opener after Mohammed Salisu was sent-off late in the first-half, and the north Londoners chased a winner after the break.

The England skipper was caught offside by the finest of margins after 53 minutes, and the replays didn’t provide convincing evidence for the decision. 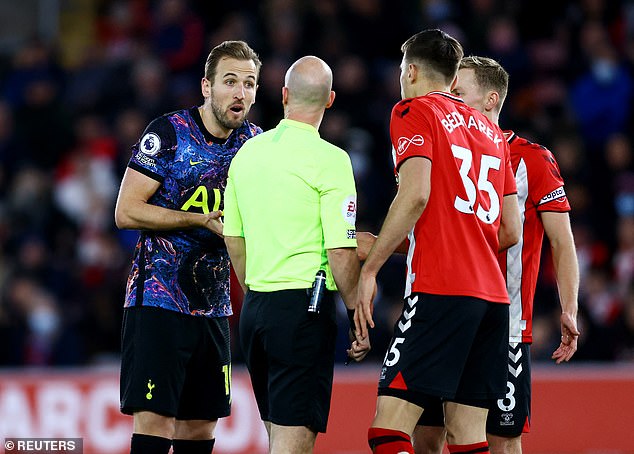 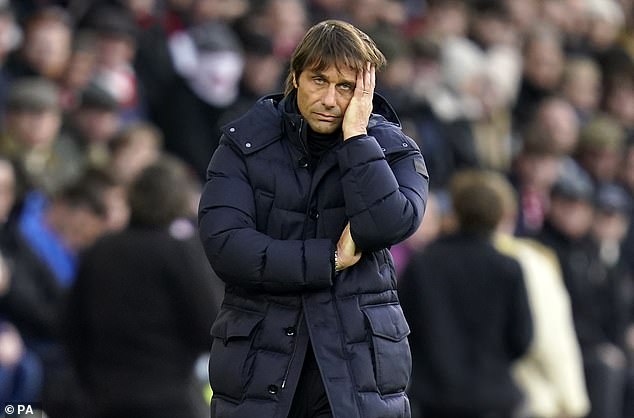 ‘Yeah, I think Harry scored twice, one a penalty and then the second goal. I think that I don’t want to comment on the referee decision or the VAR decision,’ Conte told Amazon Prime.

‘I don’t want to get in this situation as it’s not right. They are there to try to do their best. We hope every time that they make the best decision.’

Spurs were dominant in the second-half but just like the all-action draw with Liverpool, Conte’s men couldn’t finish their chances against the 10-men.

‘My demands are very high because I am used to being competitive and to win, and for sure for me there is a big disappointment when we don’t win,’ Conte added. 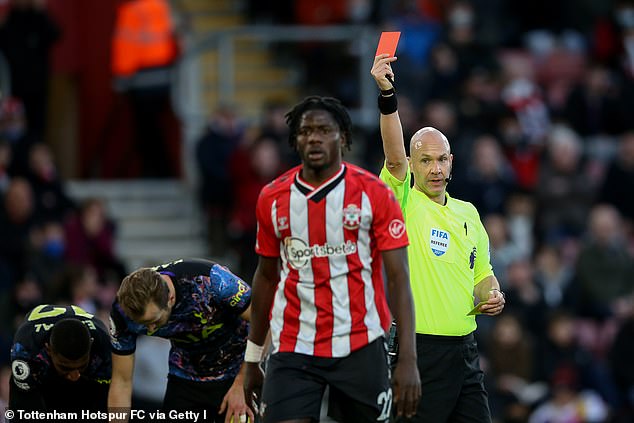 ‘I understand also the situation. Now for sure we have to work a lot and it won’t be easy to fight for something this season.

‘We need to improve a lot. For sure it was an opportunity that we missed. When you have this type of situation you have to try to exploit, to try to get three points.

‘We knew very well that to play against Southampton in this stadium is not easy. The situation at one point of the game was positive for us.

‘We didn’t find the solutions to score. We scored, but they decided to disallow the goal.’ 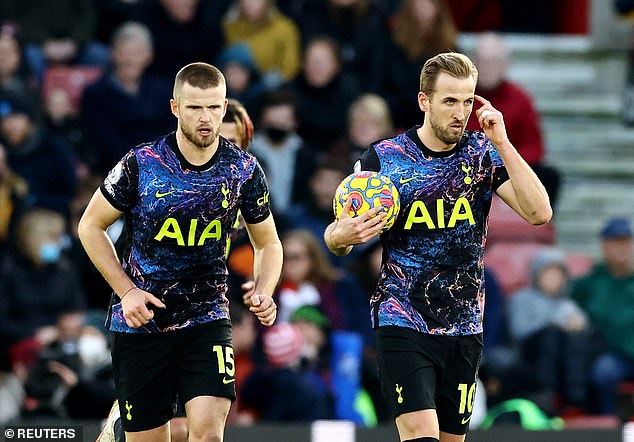 Eric Dier played all 90 minutes at centre-back and was as frustrated as his boss at Spurs’ struggles breaking down the Saints, telling the BBC: ‘Disappointed especially after they went down to 10 men we’ve got to win the game and we couldn’t do that.

‘They defended very well and fought for each other but that doesn’t matter from our side of it. We have to be able to break them down. We weren’t good enough at doing that.

‘We’ve got to keep things in perspective. Everyone can see the progression.’