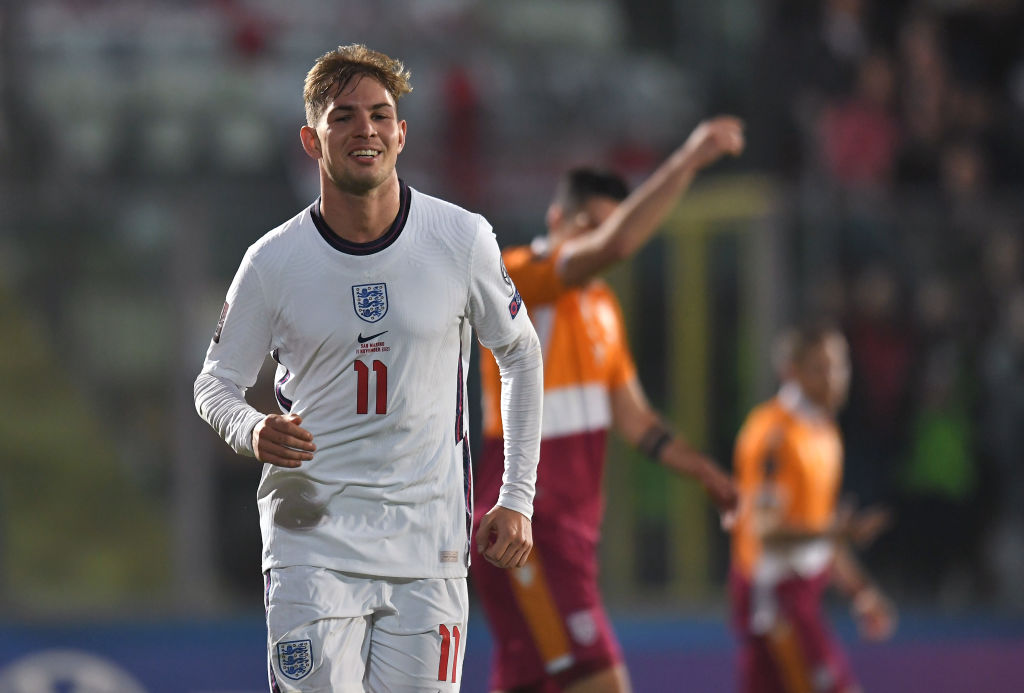 Harry Kane and Gareth Southgate have both hailed Arsenal star Emile Smith Rowe after he scored on his first England start during the 10-0 win over San Marino.

Smith Rowe has been in superb form for Arsenal so far this season, scoring four times and assisting on two occasions for the Gunners in their opening 11 Premier League matches.

After being selected for Gareth Southgate’s latest squad, the 21-year-old was given the nod to start against the minnows with England needing just a point to guarantee their spot in the World Cup finals in Qatar next winter.

And after assisting for Kane earlier on in the match, the 21-year-old capped off a dream night with an excellent finish in the second half following a neat flick from Roma striker Tammy Abraham to give England a 7-0 lead with half an hour to play.

Speaking after the match, the England captain and manager both singled out the Arsenal academy graduate for praise.

‘He’s had a fantastic season so far, great from him to play and get the goal today, he’s got the quality, the quality is there for sure,’ Kane said

‘He just needs to keep working hard, keep his head down and I’m sure he’s got a great future.’

Meanwhile, Southgate added: ‘I thought Emile all week with us has really given a good amount from us, his tight control was excellent, he was inventive with his play. He’s got to continue what he’s doing.

Smith Rowe will look to continue his fine form when Arsenal welcome Liverpool to the Emirates in the Premier League on Saturday.