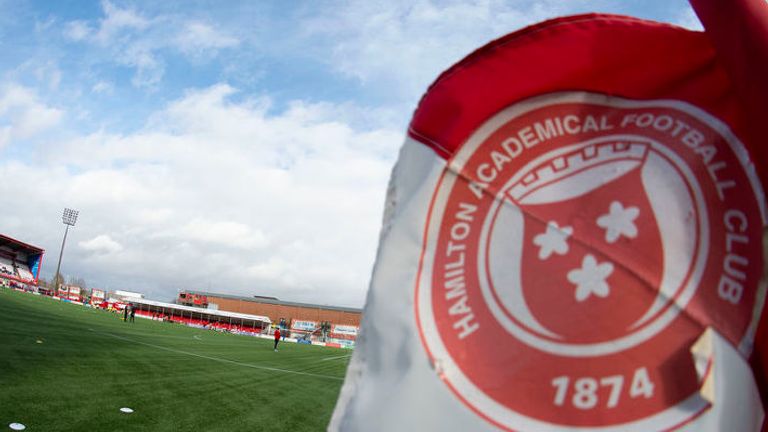 Police are investigating an alleged gambling incident which is thought to have involved a player at Scottish Premiership club Hamilton Academical last season.

It’s believed the allegations centre around a yellow card incident in a game during the 2018/19 season.

A statement from Hamilton reads: “On Thursday, February, one of our senior youth coaches advised HAFC he had been contacted by the police to be questioned in relation to a yellow card incident that took place during season 2018/19.

“The coach in question advised us he has since met with the police.

“HAFC have not been contacted directly and it is our understanding that no one has been charged with any offence.

“As the Police enquiry is ongoing it would be inappropriate for the club to comment any further at this time.

Police Scotland have issued their own statement: “On Friday, 28 February 2020 a 36-year-old man was arrested in connection with a reported incident relating to gambling in sport. He has been released pending further enquiries.”