AC Milan twice came from behind to salvage a 2-2 draw at relegation-battling Genoa on Wednesday and cling on to top spot in Serie A.

Genoa striker Mattia Destro scored twice in the second half but on both occasions the hosts were soon pegged back thanks to goals from Davide Calabria and Pierre Kalulu.

Milan, who came from 2-0 down to draw with Parma on Sunday, lacked fluency in the absence of injured or rested players like Zlatan Ibrahimovic, Theo Hernandez, Simon Kjaer and Ismael Bennacer. 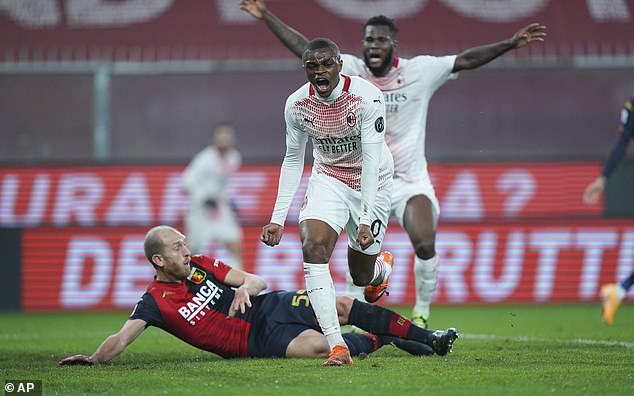 But the draw kept the Rossoneri top of the Serie A standings with 28 points and continued their unbeaten run in the league this season, although neighbours Inter Milan are just one point behind in second after beating Napoli.

The draw lifted Genoa above Torino into 18th place, but they remain three points adrift of safety.