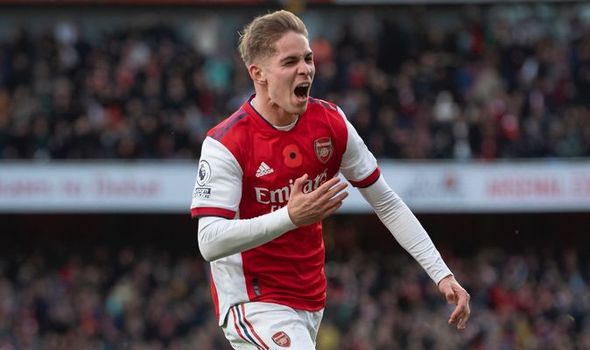 Arsenal midfielder Emile Smith Rowe has been handed his first England call-up, despite Three Lions boss Gareth Southgate insisting last week that it might be too early for the 21-year-old to jump up to the senior squad. Smith Rowe has been in excellent form for the Gunners this season and has been rewarded for his fine form after a couple of England stars dropped out of Southgate’s squad ahead of the November fixtures.

The England head coach named a 25-man squad last week for upcoming games against Albania and San Marino. That list did not initially include Smith Rowe and his inclusion has come about due to James Ward-Prowse and Marcus Rashford pulling out.

“To put those in we’ve got to leave some of these on the sheet out and I think it’s not a bad thing that we’re starting to get a very strong Under-21 team because you want that depth.”