Everton fans displayed their fury towards Frank Lampard and his players at the Vitality Stadium, after watching their side suffer a miserable 3-0 defeat by Bournemouth in the Premier League on Saturday.

The Toffees supporters were hoping for a reaction after losing 4-1 to the south coast club in the Carabao Cup in midweek, but instead witnessed the opposite, with Everton 2-0 down within the opening 25 minutes.

As Everton’s players headed towards the visiting fans after the match, security were forced to intervene as supporters staged a confrontational display of anger towards Lampard’s side. 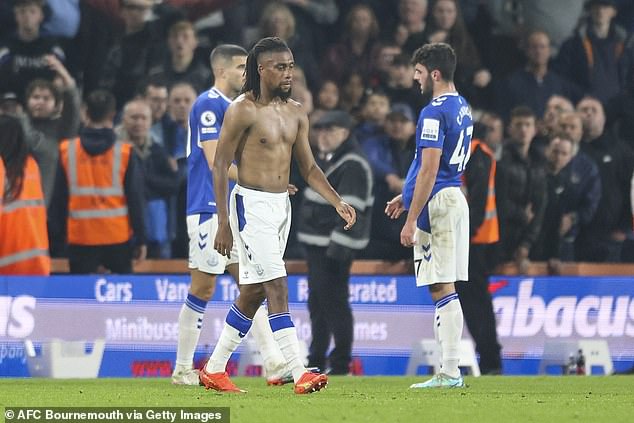 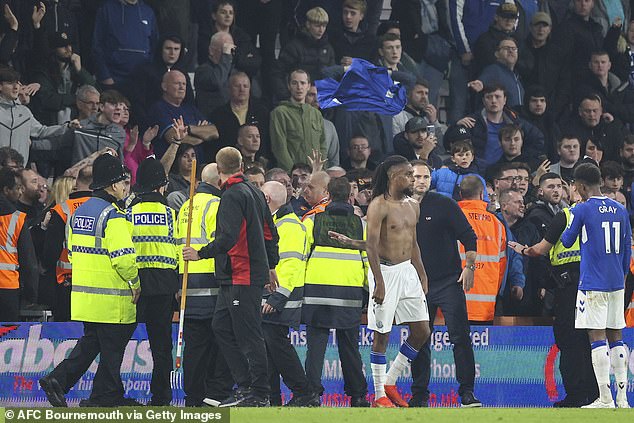 A group of fans hurled back matchday shirts towards the players, with Alex Iwobi one of the players targeted.

Jordan Pickford was also seen shrugging his shoulders in disbelief, while Lampard seemed to be trying to calm down the Everton fans.

During his post-match interview, Coady admitted the performance of the players was unacceptable. 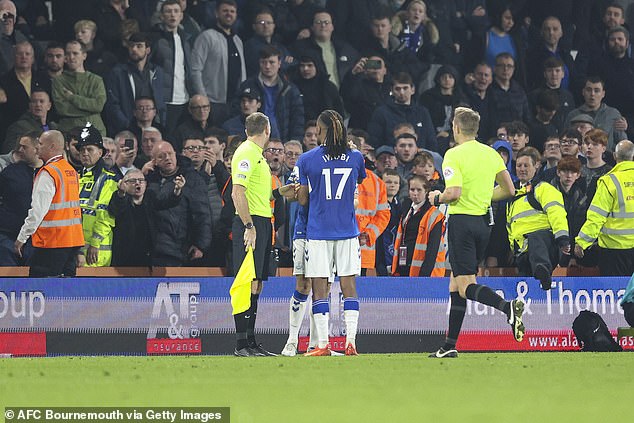 ‘Shocking, not good enough,’ the centre-back said. ‘They wanted it more. We’ve got a lot of learning to do, we need to go back to the drawing board and improve.’

After a vibrant start from Bournemouth, Marcus Tavernier fired the hosts ahead in the 18th minute before Kieffer Moore doubled the lead seven minutes later.

As Everton looked to stage a comeback in the second-half, Jaidon Anthony netted Bournemouth’s third in the 69th minute to seal the victory. 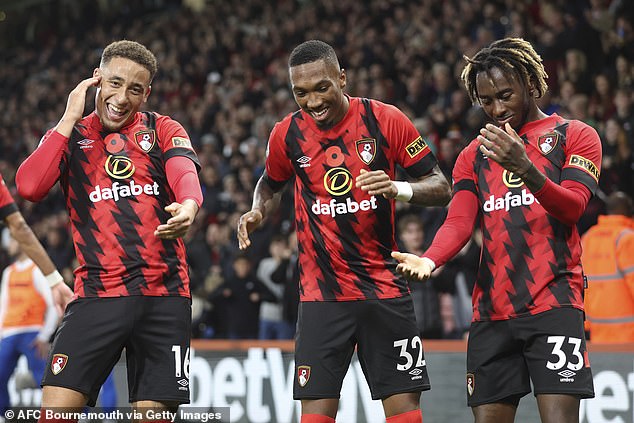 Bournemouth leapfrogged Frank Lampard’s side, climbing to 13th in the Premier League table

The Toffees slipped to 17th in the table as the Premier League prepares to break for the World Cup, just one point above Nottingham Forest in the relegation zone.

The mauling at the Vitality Stadium marked Everton’s fourth match without a win in all competitions, conceding nine goals in their last three fixtures.

Despite their robust start to the season defensively, Lampard’s side have slipped into another relegation battle, having narrowly escaped the drop last campaign.