Former Porto and Brazil striker Hulk has revealed that he has received offers from a number of Premier League clubs just hours after announcing his departure from Chinese Super League side Shanghai SIPG on Monday.

The 34-year-old, whose contract with the Chinese club is due to expire at the end of the month, revealed that he would not be renewing terms, leaving him open to make a return to Europe on a free in the January transfer window.

The Brazilian forward could finally be on his way to England’s top-flight after years of being linked with a move, while several other teams from across the continent are also keen to snap him up. 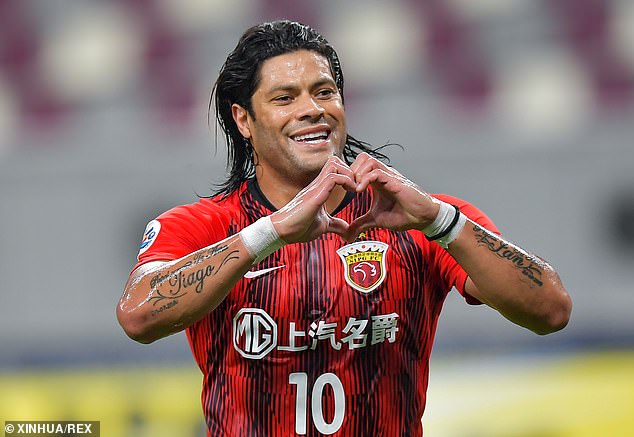 Hulk revealed: ‘I am listening to many proposals from Brazil and many places including in Europe.

‘[I have offers from] Turkey, Portugal, England, Spain, Italy, Germany – and I also have an offer from China.

However, his time at the club is now coming to an end, and with Shanghai no longer involved in the Chinese FA Cup, the forward stated on Monday that he would not be extending his stay at SIPG. 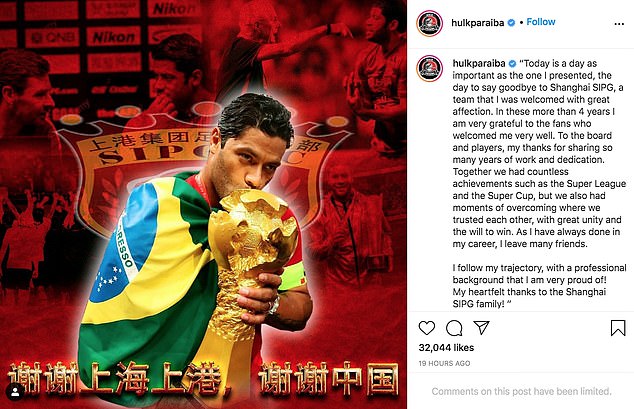 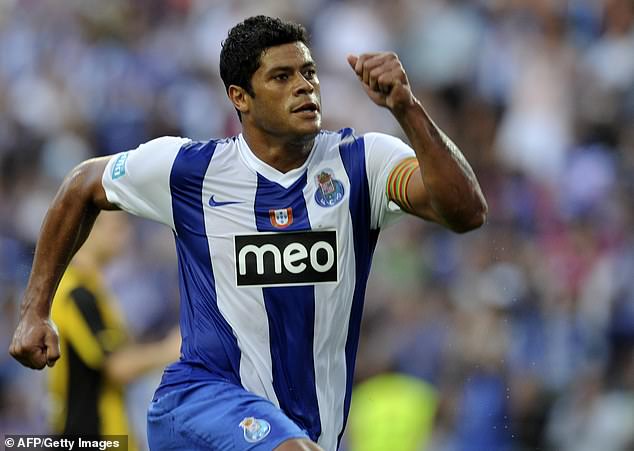 ‘Today is as important a day as the one I presented myself, the day I say goodbye to Shanghai SIPG, a team where I was welcomed with great affection,’ he said in an Instagram post.

Hulk, joined Shanghai from Zenit St Petersburg in July 2016, scored 76 goals in 145 games in all competitions at SIPG, with 49 of those coming in the Chinese Super League.

His signing was during at a time when Chinese clubs were paying significant transfer fees for some of the game’s leading players, with SIPG spending £50million (€55m) to bring the powerfully built forward to a club then coached by former England manager Sven-Goran Eriksson.

Hulk was joined six months later at SIPG by compatriot Oscar, signed for £54m, as the club sought to become established among the elite of Chinese and Asian football, although the Champions League crown has eluded them. 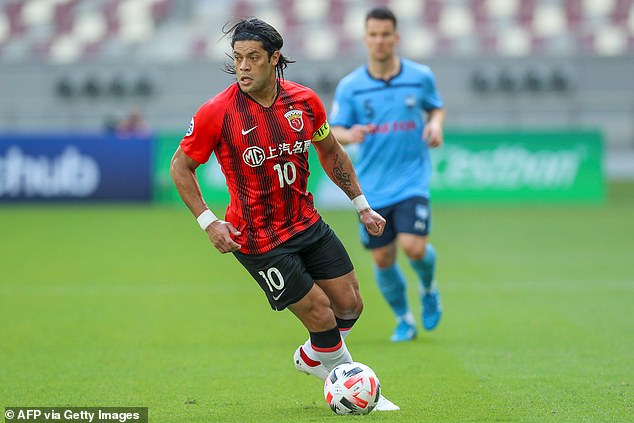 Despite playing a key role in their Chinese Super league success, Hulk’s time at the club ended on a sour note as he fell out publicly with coach Vitor Pereira during the current Asian Champions League campaign in Qatar.

The striker gestured angrily towards the Portuguese coach when he was substituted in the second half of the 1-0 loss to Yokohama F Marinos in the group phase of the competition.

That was to be Hulk’s last involvement as Pereira dropped him from the squad and, with SIPG eliminated from the competition in the last 16 by Vissel Kobe on Monday, the Brazilian has played his final game for Shanghai.