Everton fans have kickstarted a new campaign to leave a series of one-star reviews on Guillem Balague’s new book after he criticised their views on manager Rafa Benitez.

The Toffees supporters have been quick to criticise the manager following a horrendous run of form which has seen them pick up just nine points out of a possible 42 in their last 14 league matches.

The Spaniard faced increasing pressure after Everton suffered a 3-2 defeat to Brighton on Sunday. 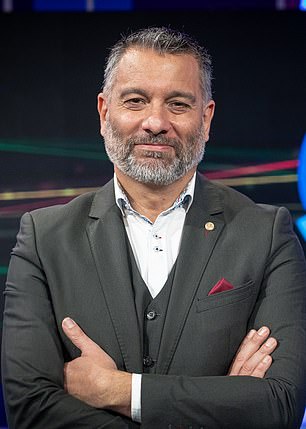 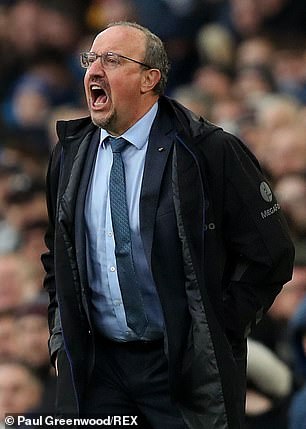 But Spanish journalist Guillem Balague came to his countryman’s defence as he labelled the Blues supporters ‘short sighted’ and claimed a lack of quality was the principle problem at Goodison Park.

‘Short sighted so called Everton fans seem to gloat after every defeat. I never understood that reaction,’ Balague tweeted.

In response to Balague’s comment, the Goodison faithful decided to take revenge in the form of book reviews.

‘I say we all come together and give Guillem Balagues new Maradona book a 1 star rating,’ one Twitter user @adamsg1878 urged. 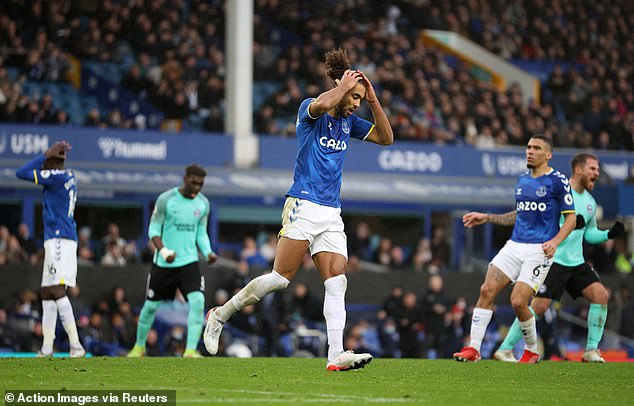 The plea was picked up by several Everton supporters who left one-star reviews of Balague’s book titled ‘Maradona: The Boy. The Rebel. The God.’.

In their review on Amazon, one fan wrote: ‘Rubbish. Waste of time and money.’

Another said: ‘Author is really poor. Lacking credibility and sounds like he is just making stuff up.’

While, another branded it an ‘awful read’, posting: ‘Awful read proper kopite behaviour.’

Some supporters took the opportunity to take further digs at Benitez as they referred to the Toffees boss as a ‘Spanish waiter’ and accused Balague of being too ‘chummy’ with him.

‘Far too chummy with waiters who can’t do their job. Useless man manager with outdated tactical viewpoints,’ James Helbert wrote in his review.

While another fan said: ‘Looking forward to next book: Benitez, where Gollum will talk about how Rafa is the best partner he’s ever had and recount where the first kissed. A real page turner I’m sure.’

Others used the reviews to take digs at Benitez, calling him a ‘waiter who can’t do his job’

Amazon prevented any further reviews being made as ‘unusual reviewing activity’ was detected.

Balague has not directly acknowledged the tactic but he did take to Twitter to hit back at his critics.

He tweeted: ‘Oh. I see. You have to accept trolls, abuse, insults, threats. But if you disagree with the mass, you even get relevant voices telling you you should not criticise them. Happy to take everyone on.’

He added: ‘I have been speaking for weeks to plenty of #Everton fans. They tell me 5-6 of the non-regulars are not good enough.

‘3-4 of the regulars are not good enough. And you know what? They are right, aren’t they? Their (and your) frustration is LOGICAL!!’

Balague continued the lengthy thread, saying: ‘Of course you frustrated. And it’s right to create platforms like #27years. Demand more!

‘But does it make sense to judge a manager that has just arrived, who has identified errors and works his balls off to correct them? How long does it take to change 27 years of frustration?’