Everton fan HIDES ball under his jumper during win over Chelsea

Everton were roared on by their fans as they secured a huge 1-0 victory over Chelsea to give their hopes of beating Premier League relegation a huge boost.

Although the result thanks to a second half Richarlison effort keeps them in the bottom three of the table, it puts them just two points behind nearest rivals Leeds United and Burnley with a game in hand.

But it wasn’t just the atmosphere and all round support offered by the Toffees fans that helped them over the line at Goodison Park. 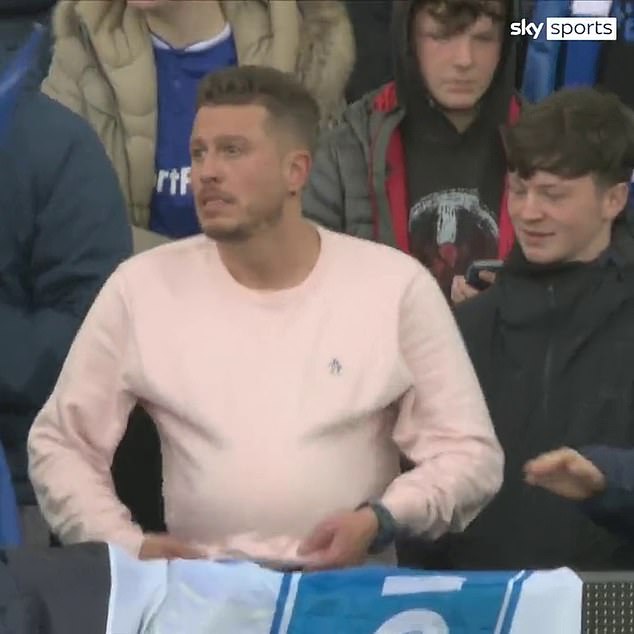 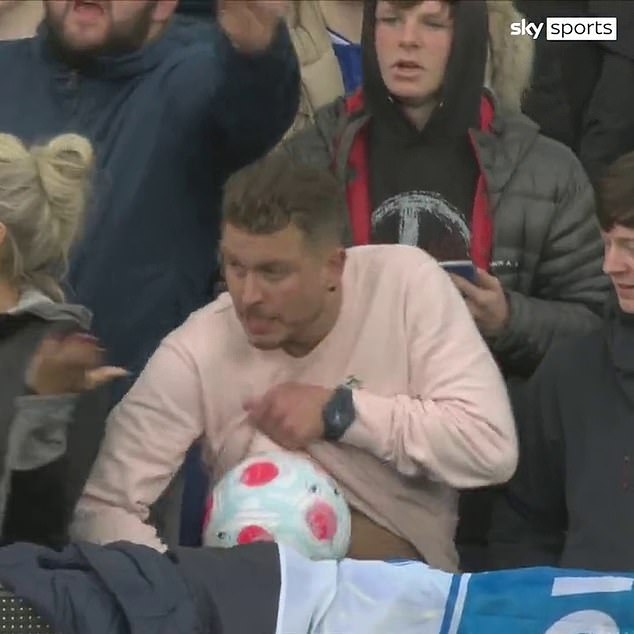 One supporter took measures into his own hands in helping his side grab the win during stoppage time of the game.

As the match ball bounced into a section of the home supporters, one alert fan immediately made a grab for it behind him alongside fellow supporters.

He then cheekily placed the ball underneath his jumper, and while it was obvious at that point where it had gone, Chelsea full-back Reece James was still frantically searching for it in the hope of getting the Blues back into the game. 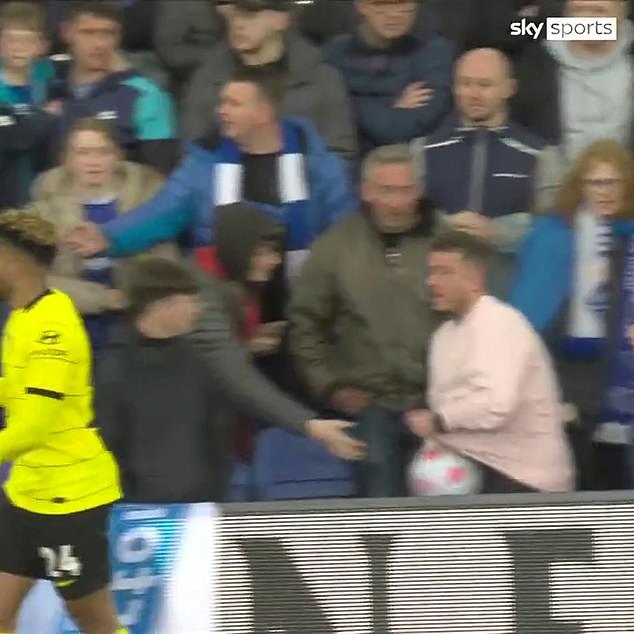 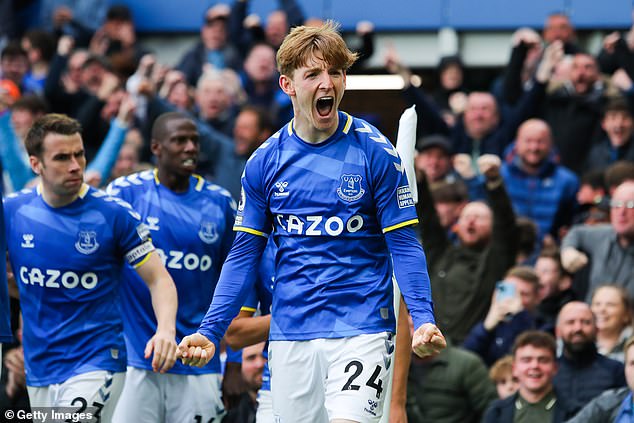 The supporter even looked like he was going to put the ball back in play, only to make a better attempt at hiding it by putting at his feet in the front row, with the game resuming shortly after.

As one of the Premier League’s ever present sides, Everton are in huge danger of being relegated from the top flight for the first time since 1951.

Supporters are doing everything they can to ensure such a shock finish to the campaign cannot took place and the gamesmanship appears to have taken place off the pitch as well as on it in regards to the Chelsea clash. 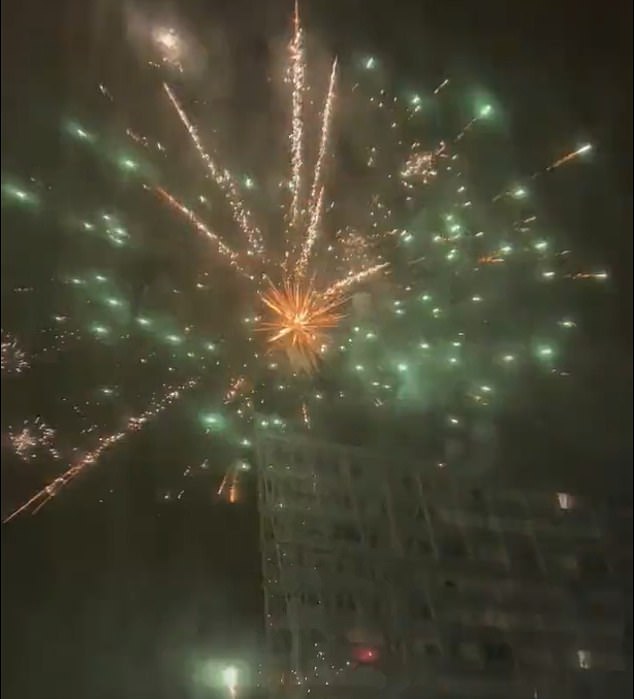 On the eve of the match fireworks were set off outside of the Chelsea team’s Hilton Hotel in Liverpool in a bid to disrupt their sleep.

Video footage shows the fireworks going off accompanied by explosions, crackles and loud whistling that lasted more than a hour until almost 3am.

Blues vice-captain Jorginho admitted before the game his sleep was affected by the disturbance.

‘Yes, it was a bit noisy,’ Jorginho laughed before kick-off. ‘I woke up and thought ‘what is going on?’

‘We knew that maybe it could happen and just tried to sleep again and be ready for today.’