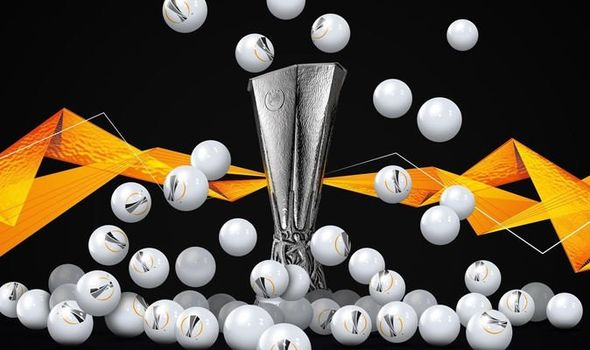 The Europa League has been whittled down to the last 16 teams. Clubs will discover who they are facing in the next round later today.

Manchester United secured safe passage to the last 16 with the 5-0 thrashing of Club Brugge at Old Trafford to win the tie 6-1 on aggregate.

Fortunes weren’t so good for Arsenal, though, after crashing out at the hands of Olympiakos.

The Gunners took a 1-0 lead into the second leg but lost out to the Greek side on away goals after extra-time.

Rangers earned their place in the last 16 draw with 4-2 aggregate win over Sporting Braga but Celtic couldn’t join their Glasgow rivals.

The Hoops were stunned by Danish side FC Copenhagen by the same aggregate scoreline.

How does the Europa League draw work?

There are no seedings or country restrictions in the last 16 draw.

That means any two of the 16 clubs can be drawn against one another.

The first team drawn out will play the first leg at home against the second team.

The same procedure will then be repeated for the remaining ties.

Europa League last 16 fixtures will be played on Thursday, March 12, with the return legs being held a week later.

What time is the Europa League draw?

The draw will be conducted at 12pm GMT this afternoon.

The event takes place at UEFA headquarters in Nyon, Switzerland.

Fans can live stream the draw as it happens via UEFA’s official website.

Who is in the Europa League draw?